Though the E3 trailer promised a worldwide December release, the game has been pushed back to January, with Japan being first to see it on 12 January while the rest of the world will have to wait it out until the 24th.
Final Fantasy Kingdom Hearts News Square Enix
Continue…
TGS '16: Short FFXV story trailer and "Luna Edition" PS4 Slim announced
​
A short story trailer for Final Fantasy XV was shown at the Sony PlayStation Press Conference at this year's Tokyo Game Show event. The distinctive Final Fantasy theme from previous games such as FFIV and FFXII can be heard while the minute long trailer briefly shows each of the main characters along with a flair of drama between Noctis and Gladiolus.
Final Fantasy News Square Enix
Continue…
FFF Mythology Manual: Ixion

Within the pantheon of Final Fantasy’s summonable creatures Ixion does not often show himself (his first and most notable appearance being in Final Fantasy X); yet he’s clearly made an impression and maintains a modest fanbase. Unless specified, this article shall mainly be discussing the Final Fantasy X summon which set the standard on which other depictions of Ixion were based.

Ixion is presented as a robust unicorn possessing an elemental affiliation with lightning. When Ixion was introduced for the first time in Final Fantasy X he represented the element of lightning among the pantheon of Aeons (summons) which the summoner Yuna collected. Lined up next to popular fan favourites (Ifrit, fire; Shiva, ice; Bahamut, non-elemental) it becomes apparent that Ixion has replaced Final Fantasy’s staple lightning...
Final Fantasy Mythology Manual
Continue…
FFF Mythology Manual: Shiva

FFF Mythology Manual – Shiva: The Transcendent Snow Sorceress.
(an improved update of this article can be read in Timber Maniacs issue 2, pages 5-10)
​
Only a handful of summoned creatures are as ubiquitous within the Final Fantasy universe as Shiva. Since her first appearance in Final Fantasy III this mysterious female ice spirit has grown into a popular fan favourite and is a regular member of the FF pantheon (appearing in 11 of the 14 main numbered games released so far, and with numerous spin-off and sequel appearances).

Shiva usually takes the appearance of a young woman with light-blue skin. Her hair is often green although sometimes it is blonde, blue, or white. As an ice...
Final Fantasy Mythology Manual
Continue…
FFFMM Halloween Special: Phantom Train and Doomtrain.

FFFMM Halloween Special -
Phantom Train and Doomtrain: Spooky Trains on Separate Tracks.
​
Ghost trains have captured the imaginations of many people. Not only are there real-world reports of haunted trains, but they appear in literature, and dark rides in theme parks and fairgrounds labelled as ‘Ghost Trains’ are a popular feature. 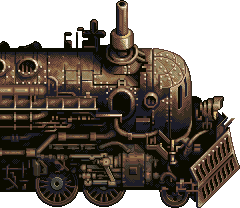 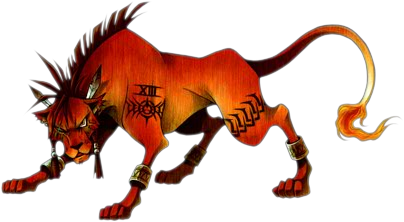 FFF Mythology Manual - Wedge and Biggs: Opposing Forces.
​
Wedge and Biggs (also mistranslated as Vicks) are recurring names used for numerous characters in the Final Fantasy universe, most (though not all) of whom share the same standard traits. In any instalment of the franchise one might expect at some point to encounter a Wedge and Biggs (always appearing together). Most portrayals of Wedge and Biggs have the characters appear as a pair of guardsmen or soldiers, sharing an interest in technology or engineering, sometimes hopelessly pathetic at their jobs, and forming some of the game’s comic relief. In appearance the characters are typically generic guards, with no individualised character design (save for occasionally making Biggs taller and slimmer, and Wedge shorter and bulkier, or sometimes vice versa). At other times, however, Wedge and Biggs are given more important roles as a part of organisations that oppose the oppressive...
Final Fantasy Mythology Manual
Continue…
Top