FFVII Remake: combat will be action-based and players can choose to use cover 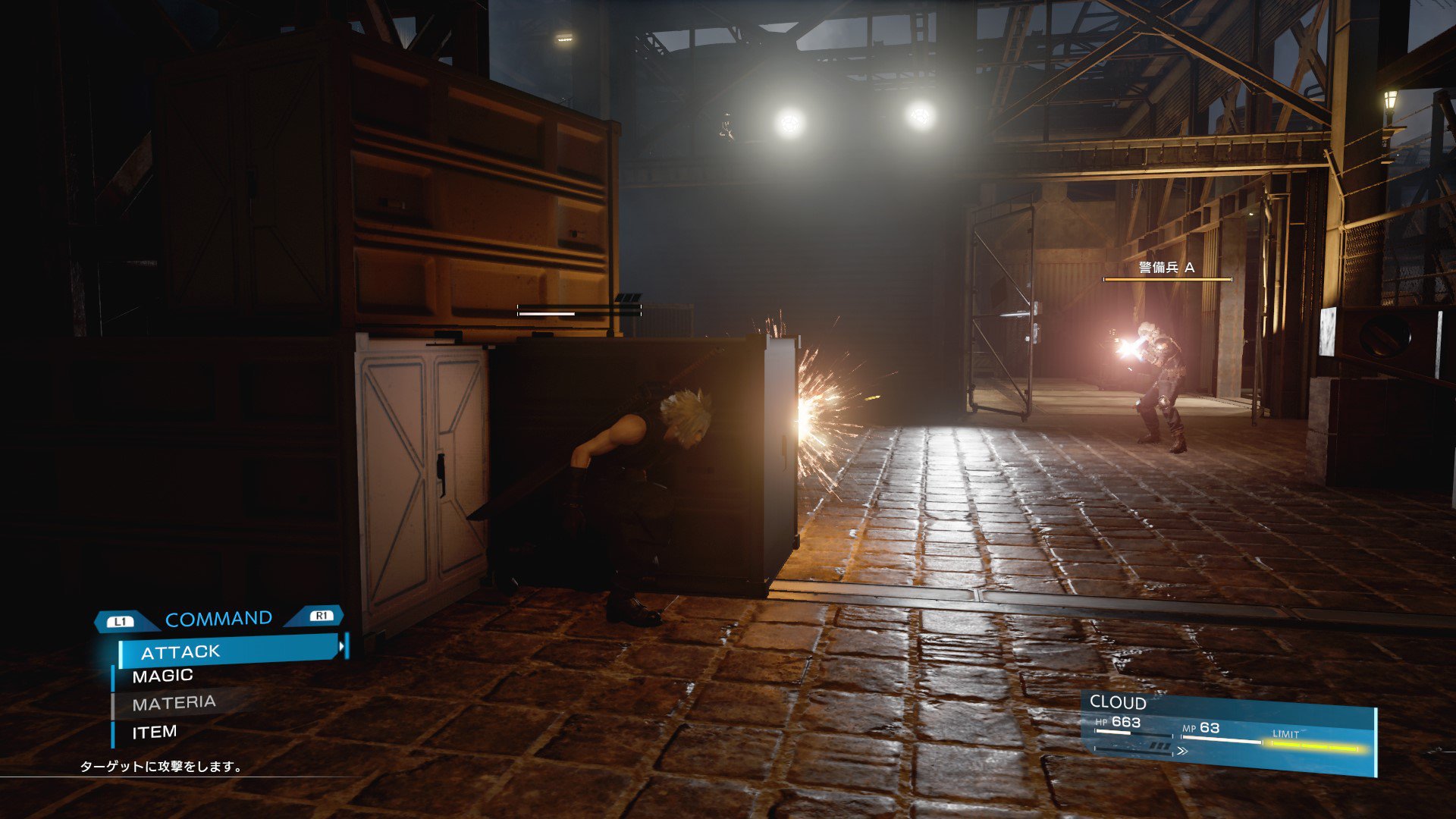 Someone at Square Enix has let Nomura out of the office for a brief moment to allow him to say a couple of (brief) things about the upcoming Final Fantasy VII Remake to Weekly Famitsu magazine. The battles in the game will indeed be action-based, rather than the familiar command-based ATB system that fans are likely familiar with. In addition, cover will be a seamless affair. If players choose, Cloud can dash behind cover as a tactical manoeuvre.

“Because there was an imperfection in the interpretation of an interview we did at the site [of MAGIC 2017], I will explain here.

“Battles are not command-based, they’re action-based. Regarding cover actions, there are places where they can be done on the map, but they are not required. Because it’s seamless, I showed that there can be actions in response to various scenes.

“The Guard Scorpion battle has map destruction and a great number of attacks that weren’t in the original, so it has become a significantly flashy battle. If you look closely, I think that you can see that there are a number of missiles are coming down.”
Click to expand...

This was already known from the trailers that it would be like FF XV. Hah, The meltdowns on places like NeoGaf are hilarious. This doesn't bother me but I know some people are ready to scream.

Lunafreya Nox Fleuret said:
This was already known from the trailers that it would be like FF XV. Hah, The meltdowns on places like NeoGaf are hilarious. This doesn't bother me but I know some people are ready to scream.
Click to expand...

I have seen some of the anger and I find it funny that everyone seems mad that people feel that we should get Nomura's FFXV and yet they hate his FFVII vision... really all I have to say is if people hate this version of FFVII guess what... there is still the other version of FFVII on PS1, PSN, PS4, Steam... sure it will get out elsewhere... I actually like how this is looking thus far, granted only seen small amounts and won't be out for some time from the sounds of it, but really if people only wanted amazing graphics they should just go play a good graphic game...
For me my main concerns are that the story and memorable scenes will be altered. The battle system and gameplay mechanics are secondary for me so long as they remain good and help to present an enjoyable game.

So long as we can still infiltrate Junon by flying on the back of a dolphin I don't mind what they do.

Seems a bit pointless to have a cover mechanic for a DMC-style beat-em-up action game but whatever. My main concerns are also the story and memorable scenes being altered.
I agree with Dan and Example. The story isn't even really my "main concern" sure it would suck, but...

I think it's the benefit of not getting your hopes up. I strongly believe they can never make something as memorable as they did with VII ever again, so with that my expectations are low.

If they manage to mess it up - well... The original, even if they don't mess it up, will always be gold for me.
I'm in the boat of "don't fuck up the story and we're good". I honestly fall asleep playing command-based RPGs, especially FFVII, and it's something i always wanted changed. To me, the gameplay just was not the game's strong point. And despite what people think of FFXV, I think that games' battle system is really cool so I'm happy if we get something like that.
I sincerely hope nobody was surprised to see this. You could tell from day 1 that it wasn't going to be a turn based game like the original. I'm perfectly fine with that. Just don't fuck up the story and we're good.

Dionysos said:
So long as we can still infiltrate Junon by flying on the back of a dolphin I don't mind what they do.

I now want to replay this game just to go through that whole Juno section all over again. Sneaking in by dolphin... disguising yourself as a Shinra Trooper and going through that parade... Probably accounted for most of my favourite moments in the game.

I understand they want to target a new wave of gamers, and that they want to make full use of updated technology. Maybe I'm the "old man yelling at a cloud", but I'm not interested, and I'm done buying things from them out of loyalty. I'm sure that doesn't make them lose a wink of sleep though.
You are are forgetting all the dumb shit they have to add to it story wise because of prequels and sequels. Games dead. Move along.

JesusVsThePolice said:
You are are forgetting all the dumb shit they have to add to it story wise because of prequels and sequels. Games dead. Move along.
Click to expand...

You know Nomura said that the prior compilation (Advent Children, Crisis Core, Dirge of Cerberus, Before Crisis, the novels, etc) won't be compatible with the remake, right? He pretty much already wrote off the previous materials as not canon. It angered a lot of "fans".

JesusVsThePolice said:
You are are forgetting all the dumb shit they have to add to it story wise because of prequels and sequels. Games dead. Move along.
Click to expand...

Games dead? To you, maybe it is. FFVII is far from a dead game. This game is going to set insane records when it comes out. Guaranteed.

Cofu said:
Games dead? To you, maybe it is. FFVII is far from a dead game. This game is going to set insane records when it comes out. Guaranteed.
Click to expand...

Maybe so but I still remain skeptical about it. FFXV was missing so much shite they promised to put in the game and that left a bad taste in my mouth. It was a good game don't get me wrong but there was too much promised for it which really ended up becoming a shock when the game's story and character interaction with sub characters sucked. I have no doubt FFVII's remake will suffer from the same hype XV had and I'm avoiding that for the time being. It's just wise to trust the SE team after XV being a half shell product.
You must log in or register to reply here.
Share:
Facebook Twitter Reddit Pinterest Tumblr WhatsApp Email Link
Top