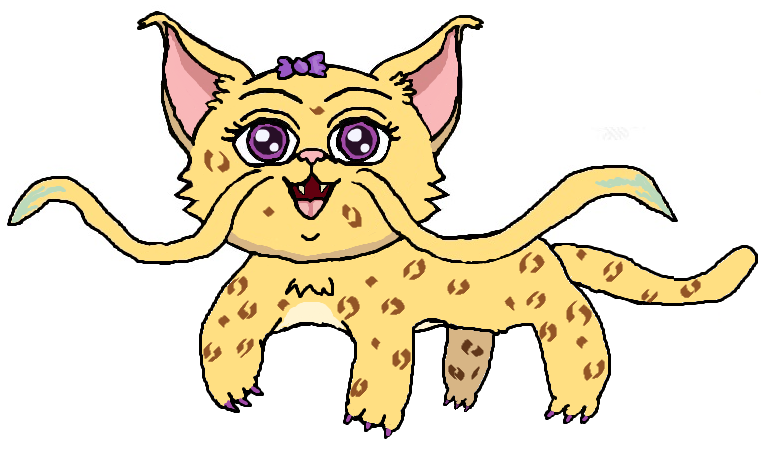 Carrie is a coeurl who inexplicably turned up at FFF’s doorstep. Coyly pawing at the door and mewing for attention, how could kind, cat-loving folk like ourselves not let her in?
Big mistake! Coeurls are by their very nature thirsty, alien creatures, but they have no desire for licking milk. Carrie will absorb our very life essences with her tentacle whiskers if we don’t gain the courage to overcome our baser instincts and obsessions and fight instead for humanity's survival!

It is time we gave this despicable creature a harsh lesson on the consequences of curiosity.

Example:
Someone may post...
‘Carrie is attacked by a dog!’ 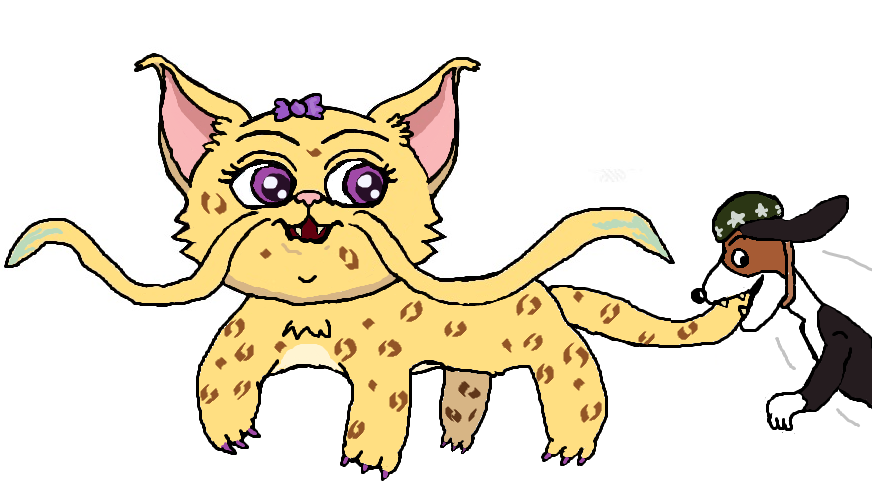 Be creative! Be warned though, Carrie is from a harsh jungle environment on a distant planet and can withstand more than a regular fiend. You can track her current status at the bottom of this post.

To give order to this game I will be using dice to determine how much Carrie has been damaged for each attack. (I will be using this website for the rolls: http://www.random.org/dice/).

Carrie has a starting HP of 90. Each attack will minus whatever a single die rolls to Carrie’s HP.

Each person can only attack only once until the next calculation period. These calculation periods (or Turns) will essentially be whenever it is that I have been able to draw Carrie’s injuries and calculate her current HP.

Carrie will also be healed during a Turn. 2 dice will be rolled and the sum will be added to her health! Kill her before she regenerates!

The person to land the death-dealing blow on Carrie will be crowned the winner. The player who deals the most damage throughout the entirety of the game shall also get a prize.


Some further rules:
As always, do not ruin this by requesting naughty things to be done to Carrie. Anything too rude and vulgar to depict in drawing will be ignored.
Also, any crazy commands such as ‘decapitate Carrie!’ or 'Thanos snaps his fingers', while they will be drawn, she will not be insta-killed by such moves. The ‘healing dice’ of a Turn will do much to restore her.

1 BWP will be granted to anybody who has entered this game after their first command, but no further payment will be made after any following turns.

Current state of Carrie the Coeurl: 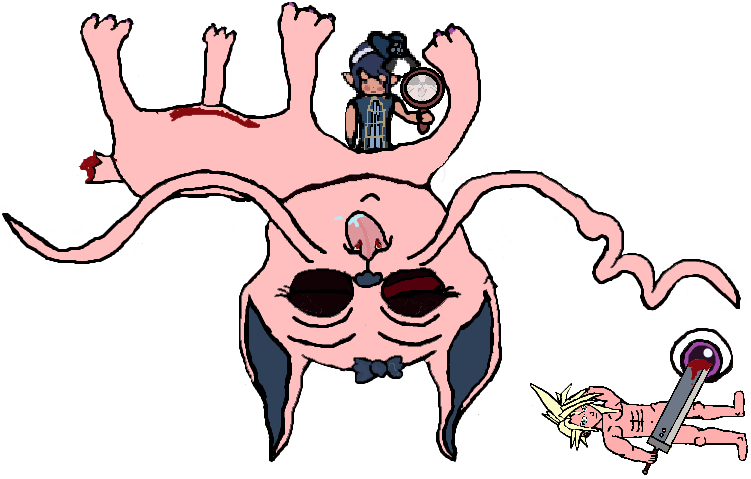 *Clips Carrie's claws, despite her struggle.*

Carrie being so small and agile remains hidden and just before she can clear a closing door it shuts on one of her long whiskers.

A drunken Jecht stabs Carrie with his sword, mistaking her for a Shoopuf.

Carrie gets squashed by a flying Polyphemos.

Carrie accidentally trips and falls into a hill of angry fire ants...

that are on fire.

A half-blind Dominic Cummings shoves Carrie into a car and drives her all the way to Barnard Castle.

I plan to update this tomorrow at some point.

If anyone else wants to damage her this round, please step forward! I gave her more HP than I've given to monsters in recent years because she is a cat. This may, however have been a mistake so I welcome as much damage as possible!

Tell your friends and spread the word! 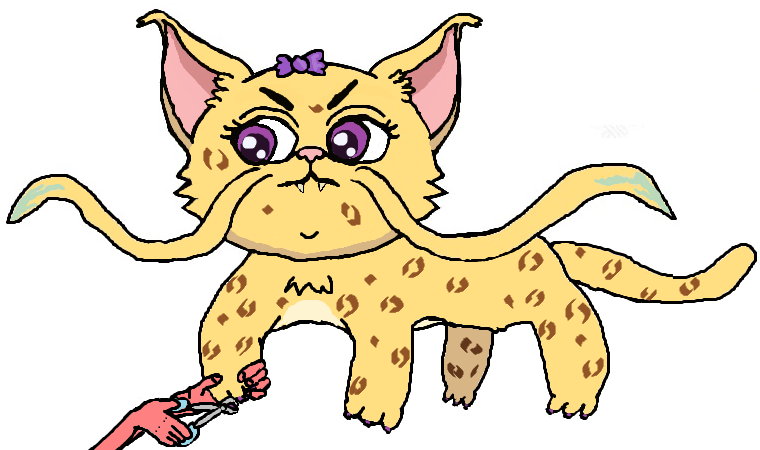 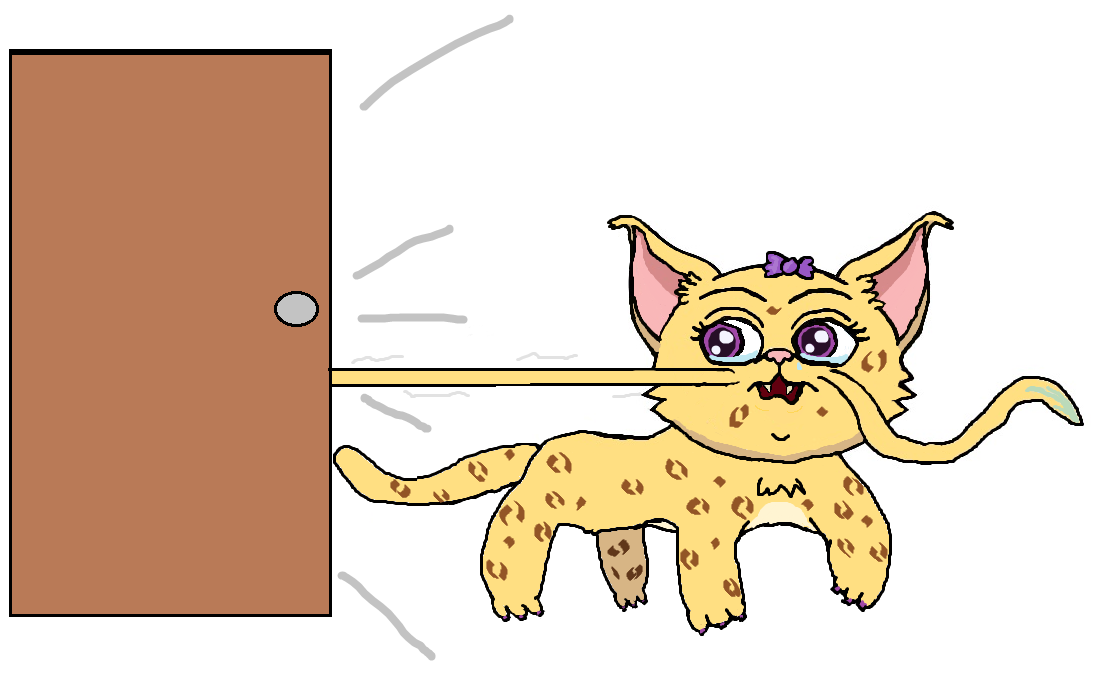 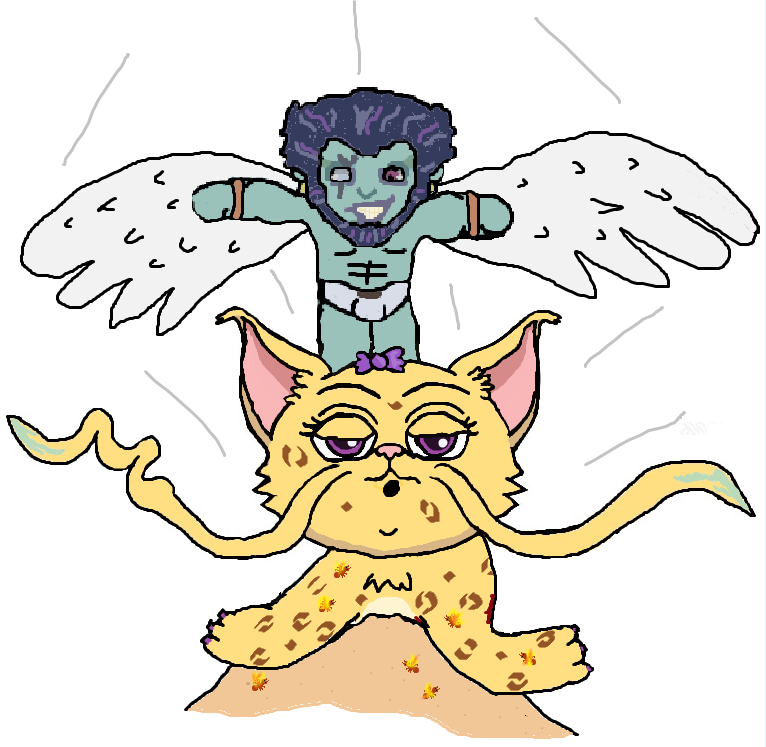 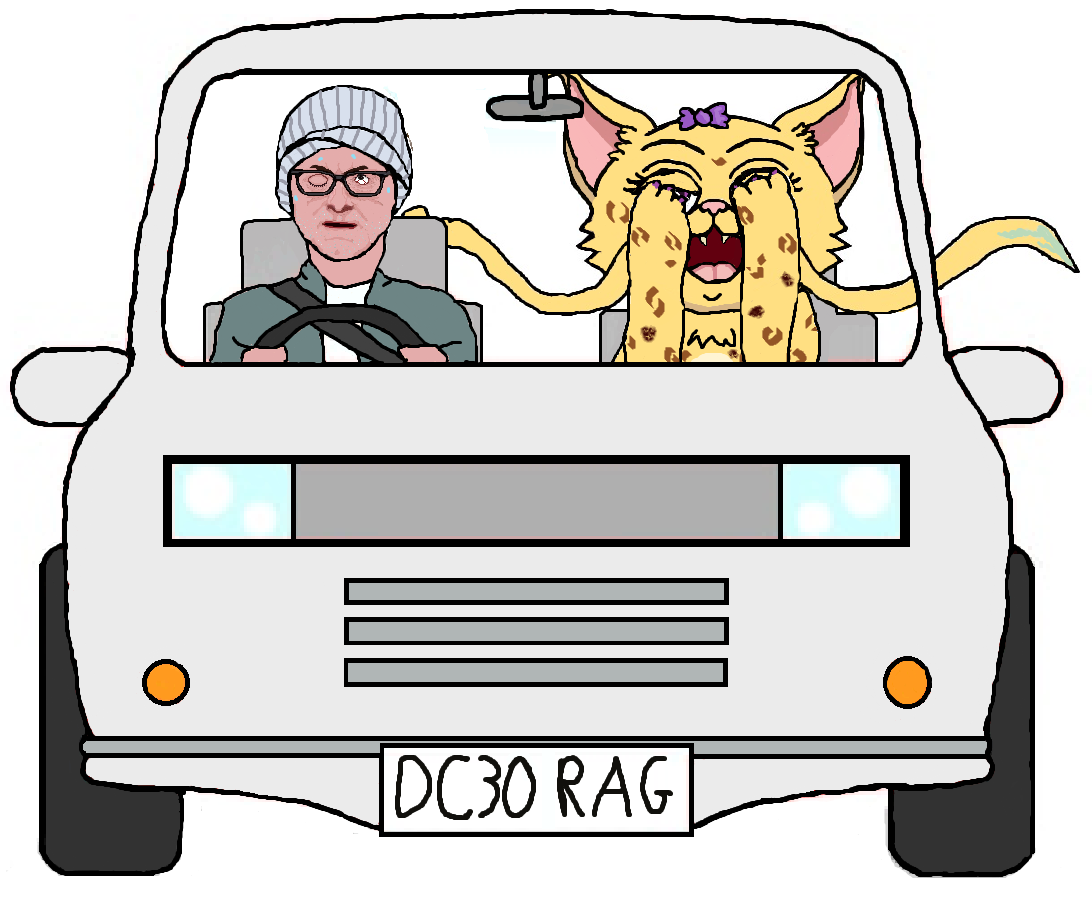 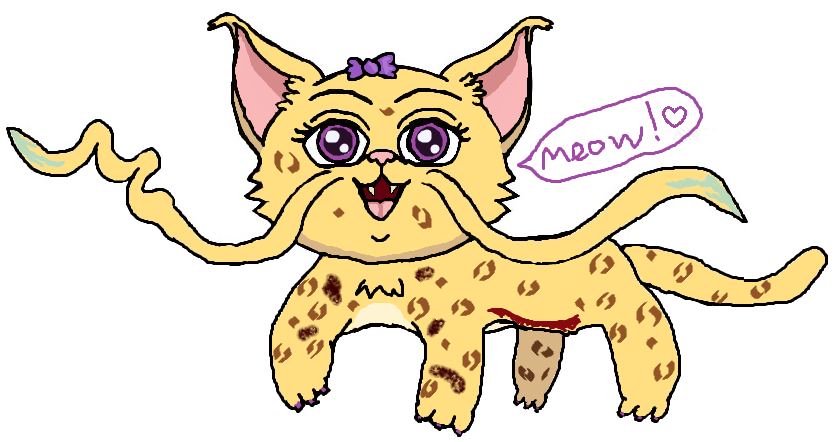 James Joyce smashes Carrie in the face with a copy of Uylsses whilst Oscar Wilde watches and laughes at her attire.

Interesingly enough, it is the mocking which hurts - sticks and (books) may break my bones... but words most certainly drain HP?

Poor Carrie realises that she's just been ripped off by some dodgy peddler at a flea market in Barnard Castle.

Carrie being tired of the abuse being thrown her way decides to jump out of the digital confines of her prison and attack her creator Dionysos, however she rips a claw out as she scratches him and goes back into the internet to hide.
Last edited: Jun 8, 2020

*Offers Carrie some treats...... But it's a trick! Sly cleans out Carries ears.*

Humiliated by the ear cleaning Carrie runs off to self medicate with some cat nip, which causes her to hallucinate. Seeing another cat's tail she goes into a drug induced rage and tries to beat it up, only to realize it's her own tail that she's now chewed off.

Uses a laser pointer to lure Carrie away and makes her run off a cliff.

At the bottom of the cliff, Carrie is run over by a herd of chocobos.

Once more I'm a bit delayed with the drawings for this so there is still time for other people to get a hit in if they'd like. 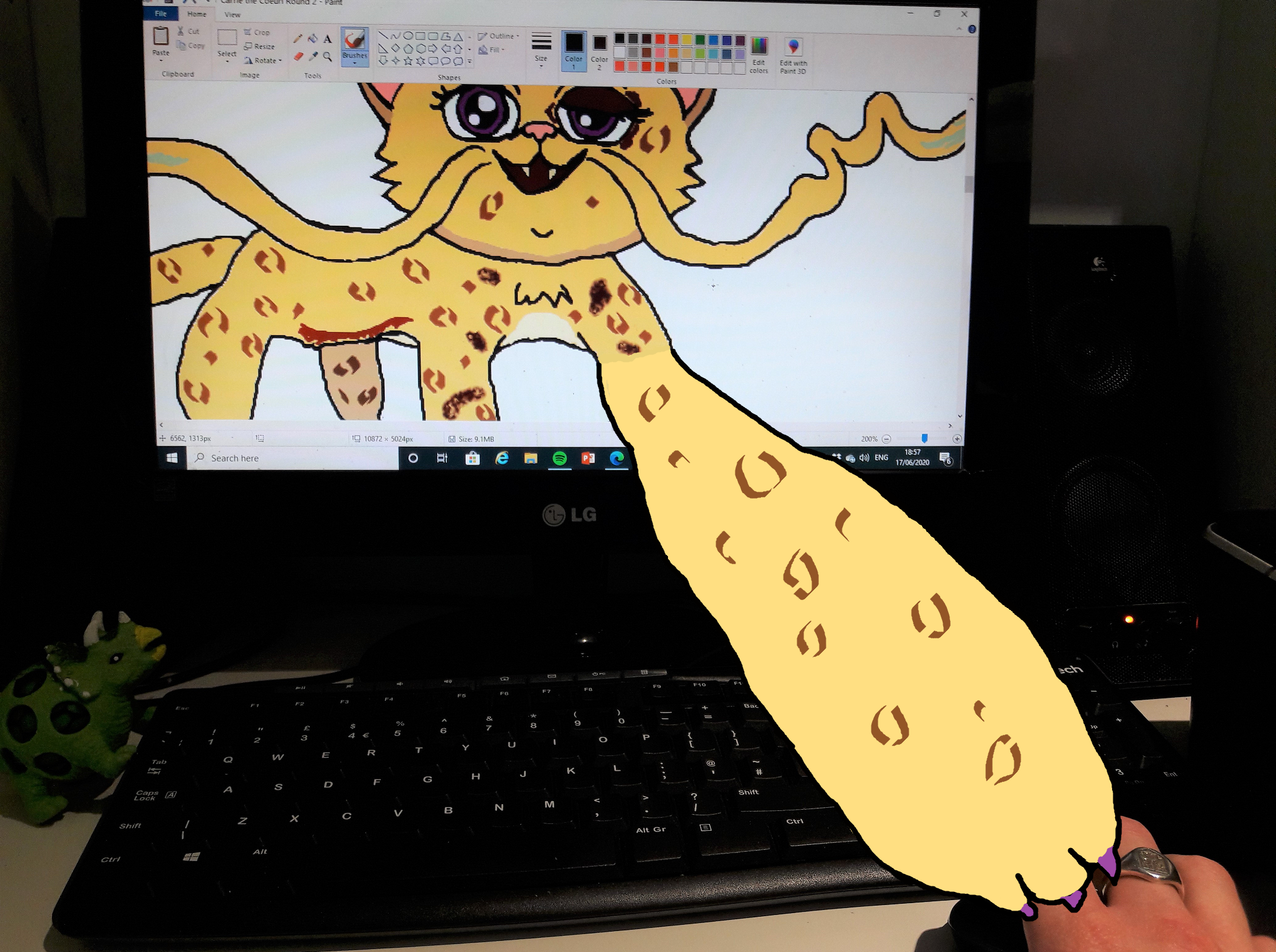 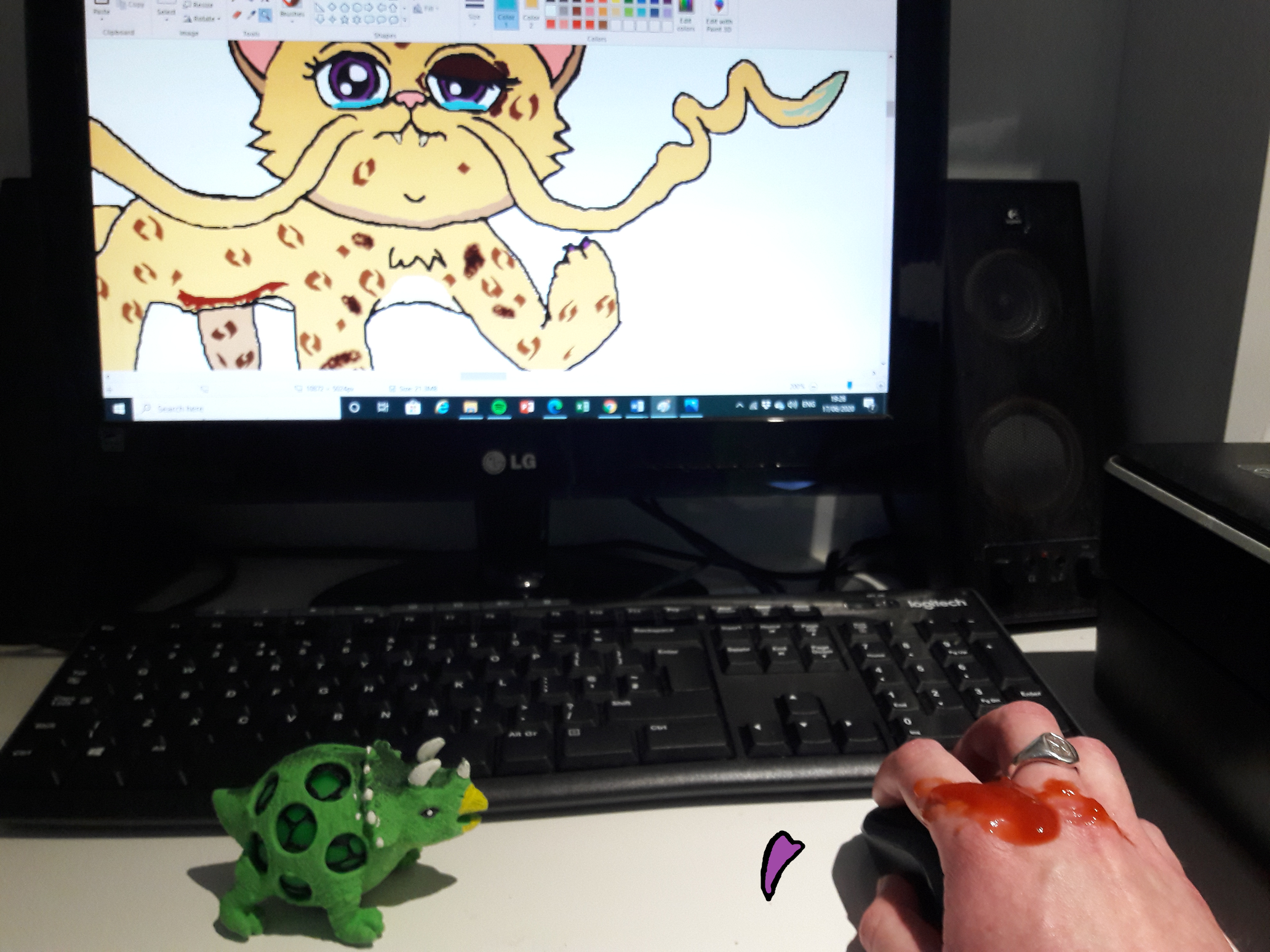 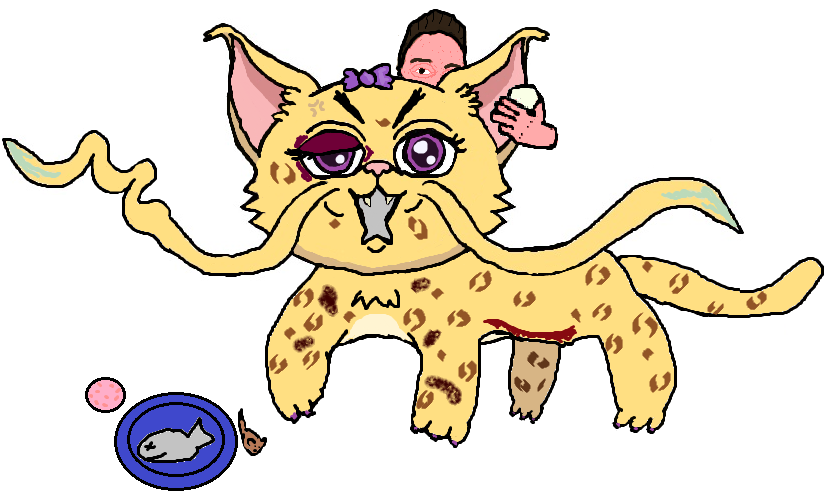 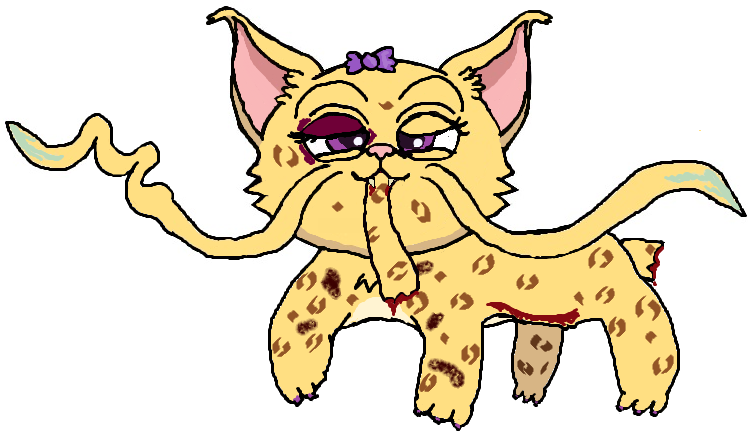 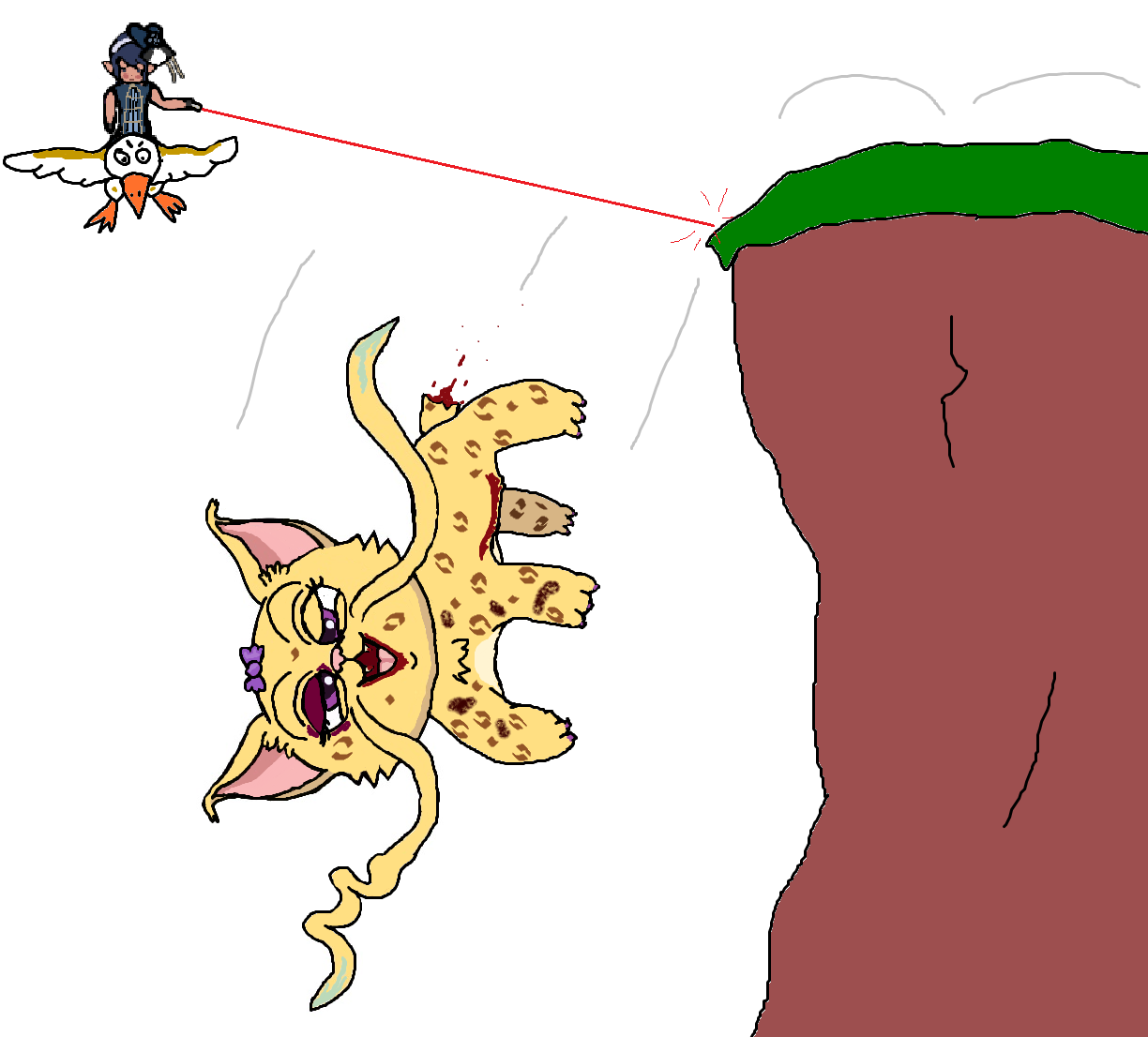 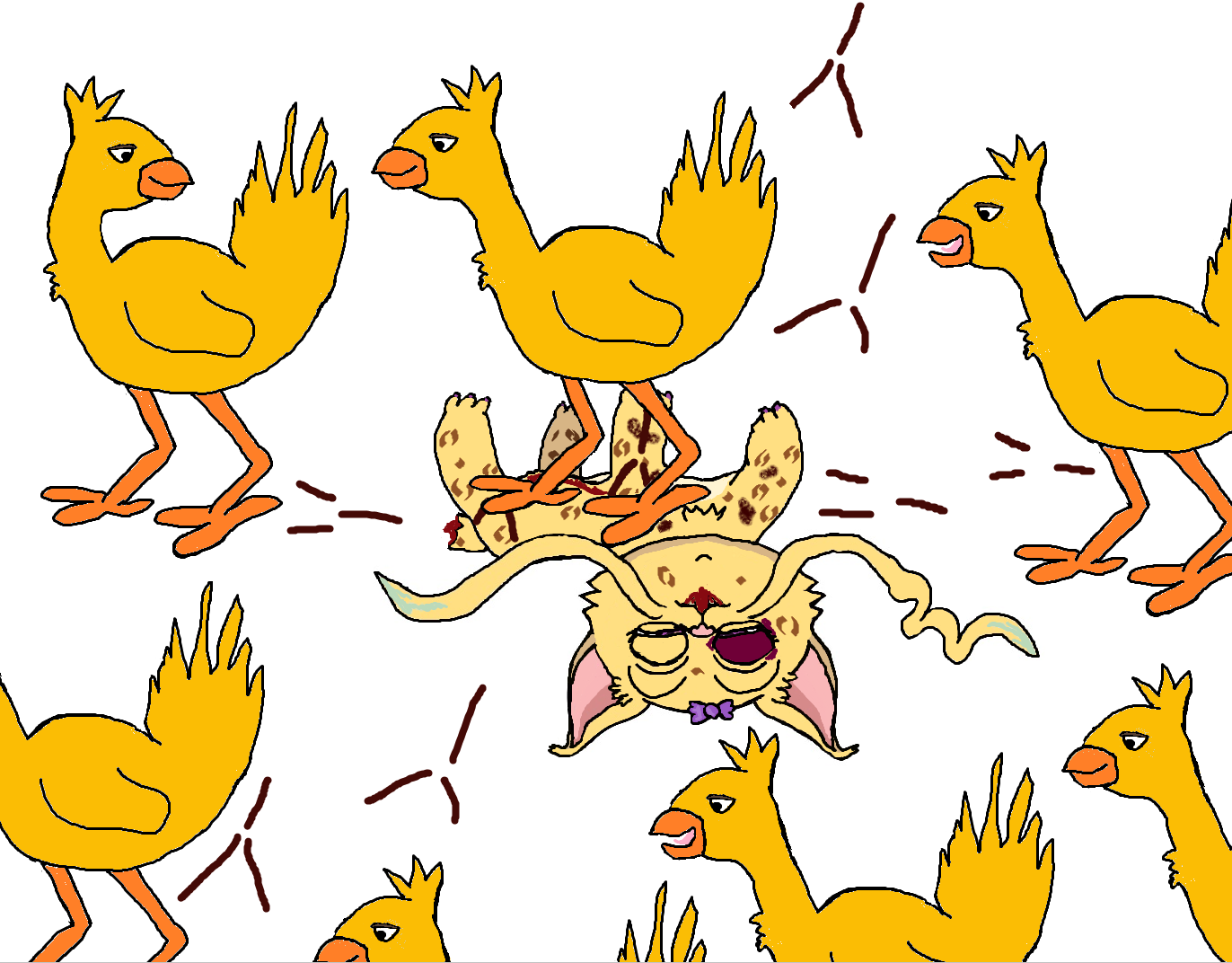 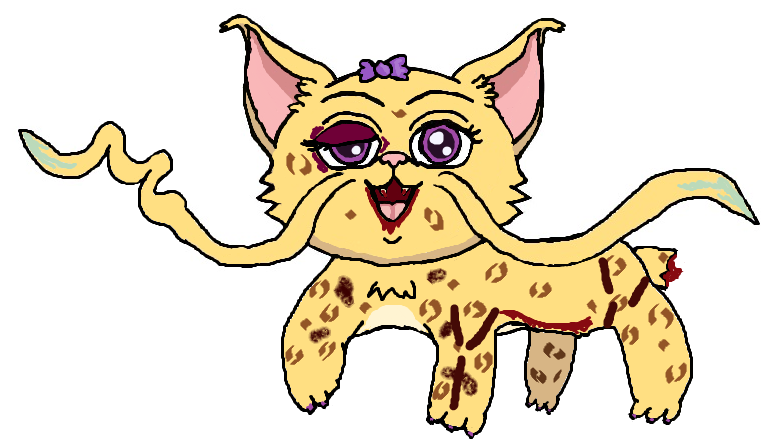 Carrie decides to sharpen her claws on a scratching post and gets caught, since she is a coeurl this is a larger then normal scratching post and for some reason the fire company has to come and rescue her, the shame does more damage to her pride then anything else.

Out of nowhere, a rock flies at Carrie, hit her in the face. The rock has a face, it says "this is the most low effort idea Paddy McGee could think of, because of the last round. Enjoy!"

Just a plain ol' rock, with a face. Like one of those stick men faces: