The May Fanfest is upon us, and so is the latest major keynote for this climactic conclusion to the over decade-long saga of Hydaelyn and Zodiark. With Yoshi-P on stage in his best cosplay yet flanked by localisation head Christopher Koji-Fox, they reveal that Endwalker, the MMO's fourth expansion, will launch on 23 November 2021 for Windows PC, Mac, Steam, PS5 and PS4.


​
Unlike prior expansions and how they were structured, 6.0 (Endwalker) will be the climax and conclusion of the saga. There will not be any continuation of the same story in following patches, but the team has promised that this will not be the end of story content for FFXIV. Subsequent patches in the 6.0 series will instead usher in a brand new tale, wholly separate from the Hydaelyn and Zodiark saga that has defined this game's narrative from its genesis. 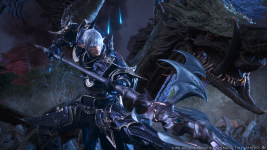 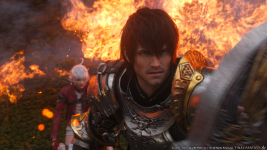 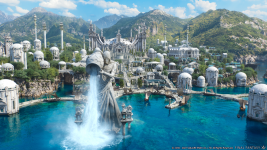 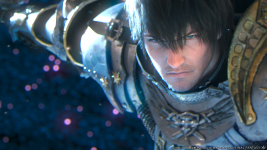 The second of the two new promised Jobs is revealed to be Reaper, a melee DPS utilising an enormous scythe, presumably to cut grass as well as cleave evil souls atwain. Like Patrick Swayze in Ghost, a metaphysical entity from the Void can be summoned to not only embrace the Reaper, but assist it in battle. If Dark Knight didn't quite cut it for you with its edge, you may wish to consider Reaper, for it may actually sate your inner edgelord. 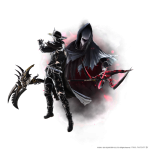 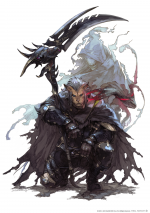 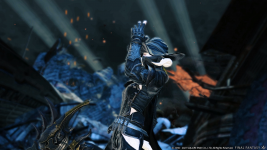 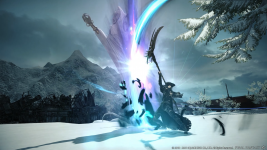 Like Ishgard, Kugane and the Crystarium before, Old Sharlayan will serve as the new hub city for this expansion. Originally intended to be one of six starting city states back during the conception of A Realm Reborn, the number was cut in half to only Limsa Lominsa, Gridania and Ul'dah for practical purposes. Now, coming at seven years since 2.0 first burst into the scene, Old Sharlayan will finally be a fully realised and explorable city state in its own right.


Old Sharlayan is a veritable font of academic knowledge, in wholehearted pursuit of scholastic greatness. It is also a vastly isolationist state, ever averse to the involvement of affairs in other parts of the world. The main figure representing the Council and in conversation with Y'shtola will be a pivotal character. 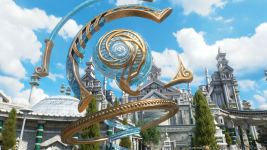 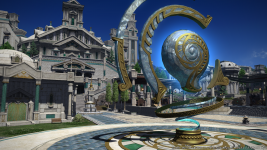 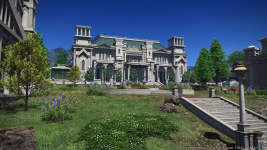 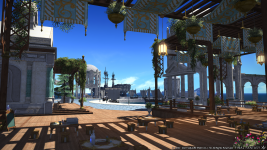 Thavnair is the name of the island, and has been often referred to in miscellaneous pieces of in-game lore. The popular glamour outfit, Thavnairian Bustier, originated from the island, as has the equally popular Dancer Job. In fact, its main city, Radz-at-Han is adorned with statues of its venerable historic dancers. 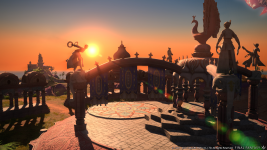 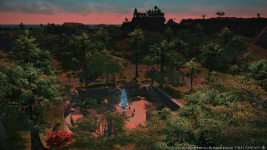 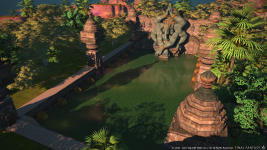 An enigmatic, subterranean zone bathed in the light of a magical, artificial sun. 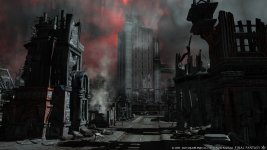 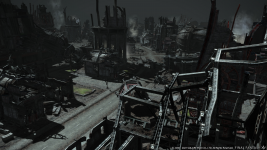 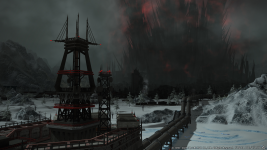 The portion of the Moon that players will be able to visit. How we will even reach the Moon is anyone's guess, as is the reason why the natural satellite of Hydaelyn the planet has air and gravity. I also feel like there's another mainline Final Fantasy game that had something to with visiting the Moon, but I can't for the life of me remember which one...


​
Oh, but of course! It was clearly Final Fantasy VIII. I mean, who doesn't remember that part of the game where Squall becomes a JoJo character and has to single-handedly float in front of the Moon and stop the Lunar Cry with his bare hands? 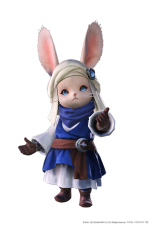 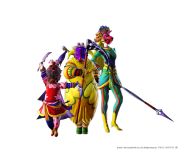 Once inside, the creature purportedly forces slumbering victims into drinking vials of a mysterious substance known only tentatively as 'Fantasia'. Once ingested, it takes only 3 hours for the effects to fully take hold. The unsuspecting victim will wake to find themselves a Lalafell...
I feel like this would've been better as a tank? I'm getting massive Warrior/Dark Knight hybrid vibes. Interesting, I guess, summoning melee? lol That'll be popular with a lot of the crowd, I think.

I dunno, Sage and Reaper seem very uh.... unappealing to me, but, we'll see!
I've heard that From Software gets half of the subscription cost from every player who will main a Reaper.

Seems like... fun. I have a lot of content to get through before I even sniff this so yeah, that'll be fuuuuuuuun.
I actually was not expecting Old Sharlayan from this expansion, but I guess we were running out of time to see it otherwise. It looks amazing! It's like Rhodes combined with Alexandria and Atlantis.

Thavnair looks beautiful. No wonder their onions are so expensive! Hopefully we'll be able to get them at a bargain when we're actually there...

Labyrinthos... Don't tell me I might need to write yet another update to my minotaur Mythology Manual?!

I'm absolutely looking forward to meeting the race of sentient rabbits. I have a Namingway minion already because I received the code from my Eorzea Encylopaedia lore books. I cannot wait reunite him with his friends and family!
I have bought every collectors edition from FF14 to date, the American store was sold out before you could even blink.
The european store had a countdown timer before sales were launched. i messaged my friend yo! sales are up in like 1,5 hours.
Thing is i traveled by car to my friend later that day and we talked about some stuff, then the new expanion came to talk and he said he pre ordered it.
My brain started thinking did i pre order it? NO! i forgot it. So i took my phone and checked...... Sold out already. like in 2 hours.

Checked Ebay and already saw scalpers reselling it for 750 dollars.......
I know SQEX normally restocks atleast once or twice. but i felt really dissapointed.

I read some forums about that the japanese store still has stock. So i went there and checked, they have both a version with and without a game.
So i used Buyee and ordered myself a copy of it. it was 120 euros compared to 140 here. but shipping and important will be added. which should still be cheaper then buying it from a scalper. and i dont really want to risk not getting a copy. and since there is no game with it. it shouldnt matter that its in Japanese.

My only fear now is that square enix will not accept the buy from buyee as the have a 1 per costumer policy stated. And buyee is a middle person that buys it for you and ships it to a local warehouse and then they will ship it to you. meaning there will probably be more people doing this. Thus buyee is buying more then 1. im not sure how this works but im crossing my fingers.

So if anyone thats intrested in the new expansion and still wants the CE, try the japanese store. thought id update it here.
as soon as i got a confirmation i will put it here. 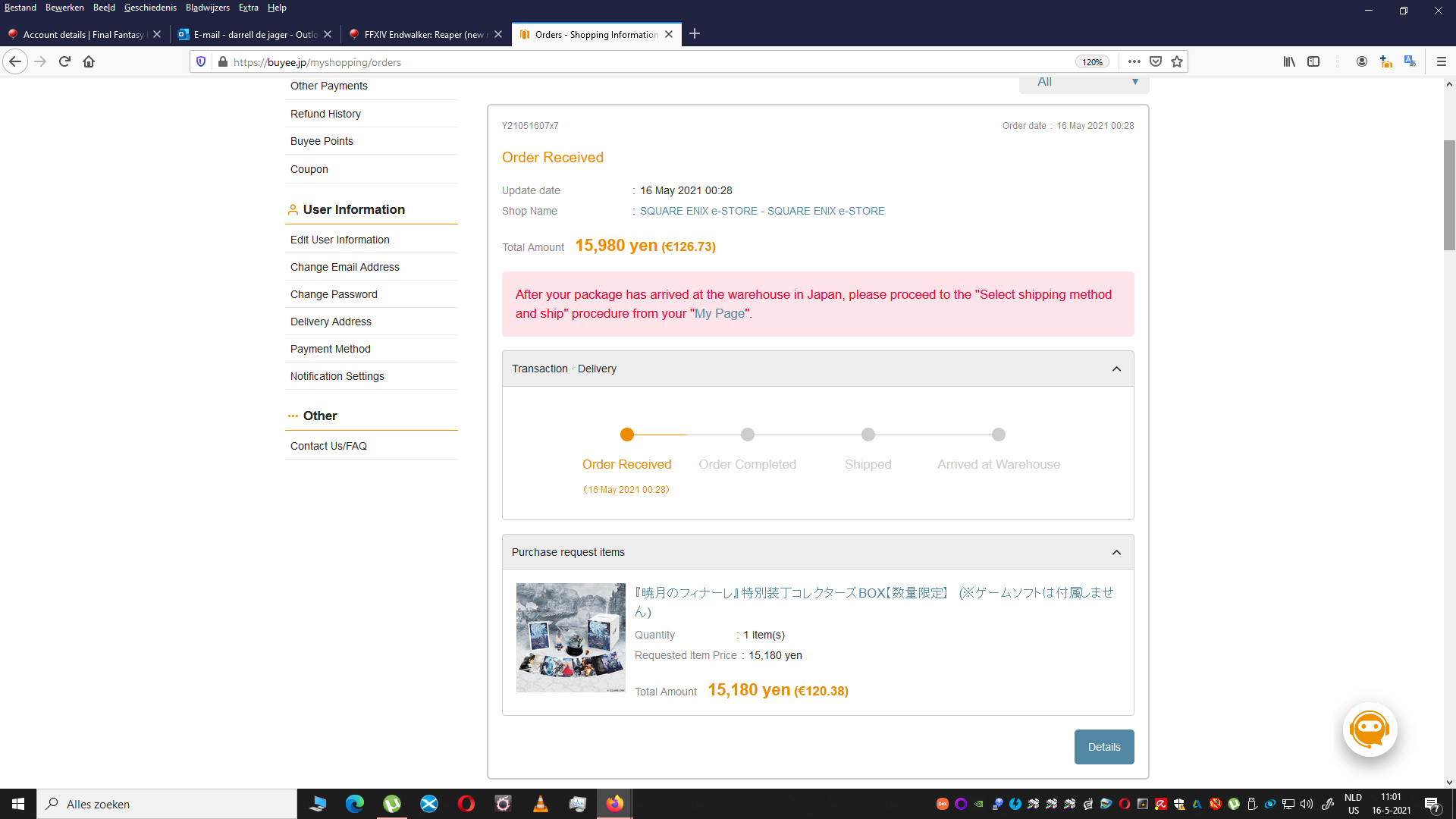 From the mind behind Chad Thundermember comes... The male Viera, Chad Thundertwink!
With 3 FF games launched this year, it seems Square Enix will get a big bang for its growth. Hope that they can be done well.
Small update regarding the japanese version, it got cancled, so its still up on there website but all dropshipping websites have already used all there purchase rights, so im still left out on this thing.

Praying for restock or otherwise buy a 2nd hand one. though i preffer them sealed (yeah dont ask

). then again any copy is better then none i suppose. There releasing lots of games right now, i bought some shares from SE years ago. they have been growing steadily but not enough to make you rich yet