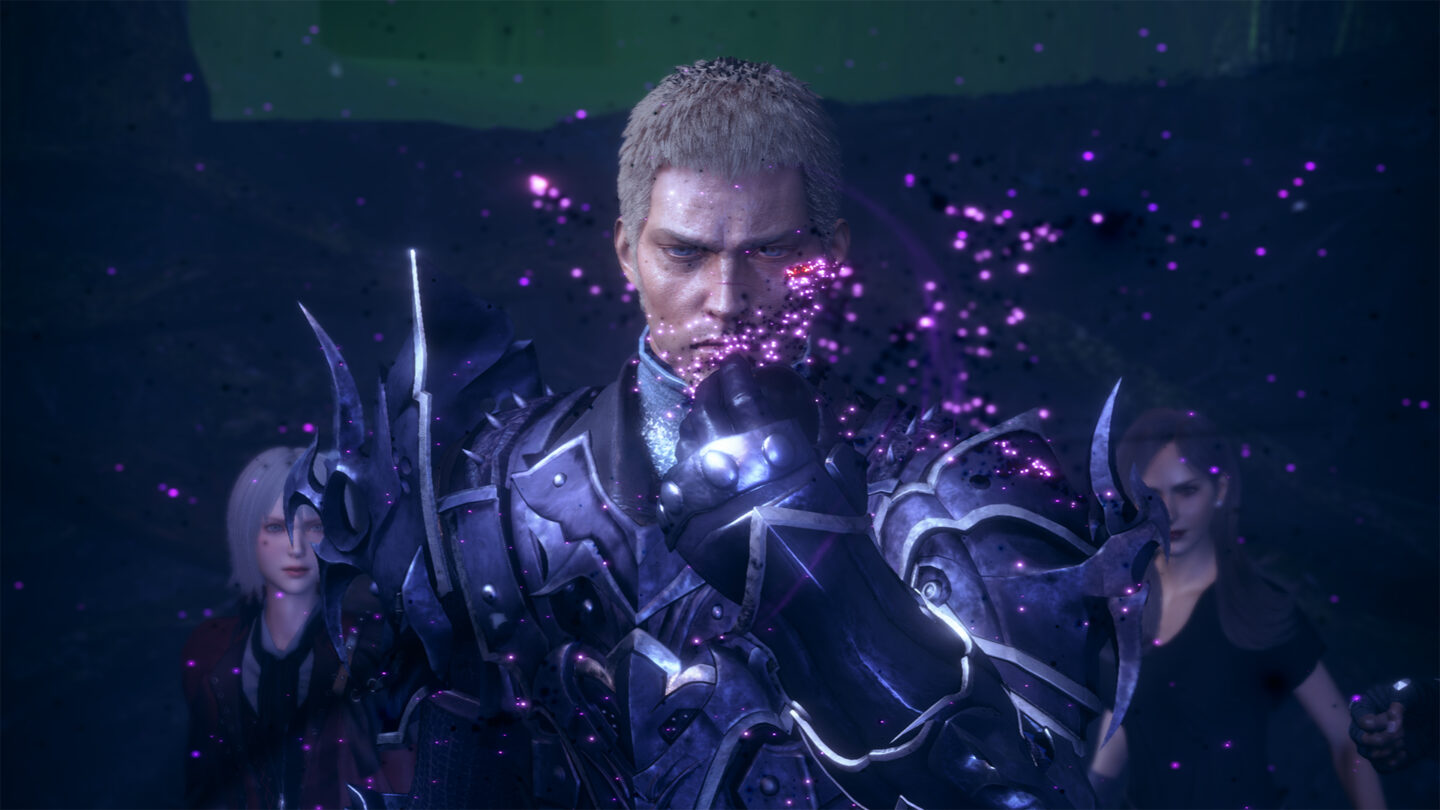 We've a couple of months to go before we're graced with the undoubtedly timeless masterpiece that is Stranger of Paradise Final Fantasy Origin. So to whet our appetite, the final trailer for the game is already out and...wait, why is a Frank Sinatra song in this trailer? Did they just show off a whole arc for the Dark Elf king Astos in a single trailer? And why is everyone concerned about Jack possibly being forgotten when he is already one of the most memorable protagonists in the franchise?


For those of you who haven't been paying attention, this game is developed by Team Ninja - the minds behind the hard-as-nails Nioh games and a certain Dissidia Final Fantasy NT title that we're all better off forgetting even exists. The general themes, writing and plot are the brain child of long time franchise stewards Tetsuya Nomura and Kazushige Nojima. 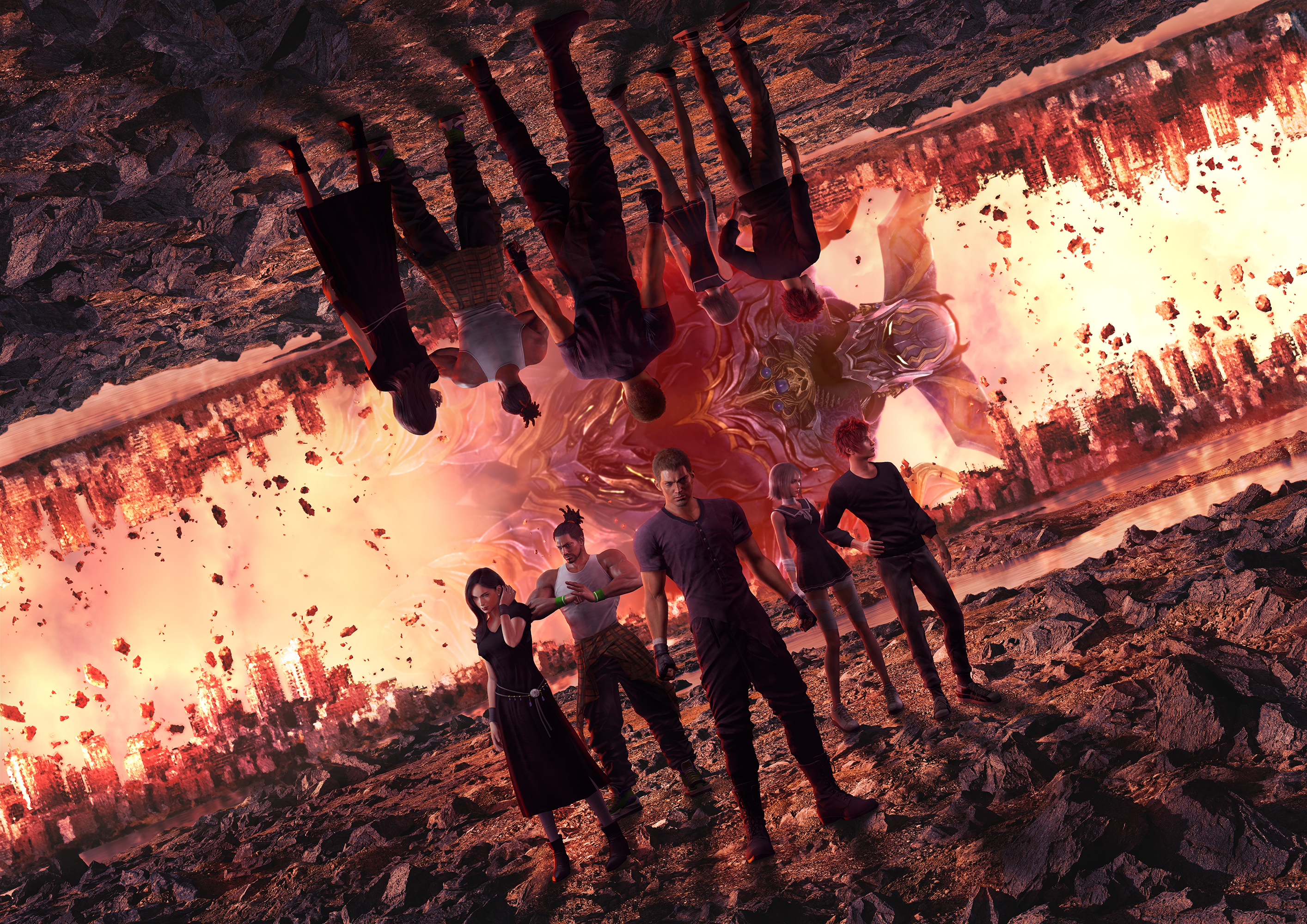 This game is best described as a re-imagining of the very original Final Fantasy. Whereas the original featured four nameless protagonists whose personalities are as lacking as this trailer's sense of subtlety, this game will replace those nobodies with four actual characters. What do you mean there's five characters in the key art above? You're seeing things. There are definitely four characters, because who has ever heard of the Five Warriors of Light? You silly sausage.

In the middle we of course have Jack, our lovable protagonist who you just want to hug and maybe tickle to death. To his immediate right is Ash who is packing more guns than an entire modern military. To Jack's immediate left is Neon, a woman who thinks bandages are a decent substitute for pants. To her left is Jed, who is sort of like the Prompto of this game except presumably without the interest in photography. The woman on the far left is Sophia, who...wait hang on a minute. There ARE five characters here. What a twist!

But enough of those losers. Let's meet some actual stars of this game. I introduce to you some of Nomura's best takes on Lovecraftian monstrosities. 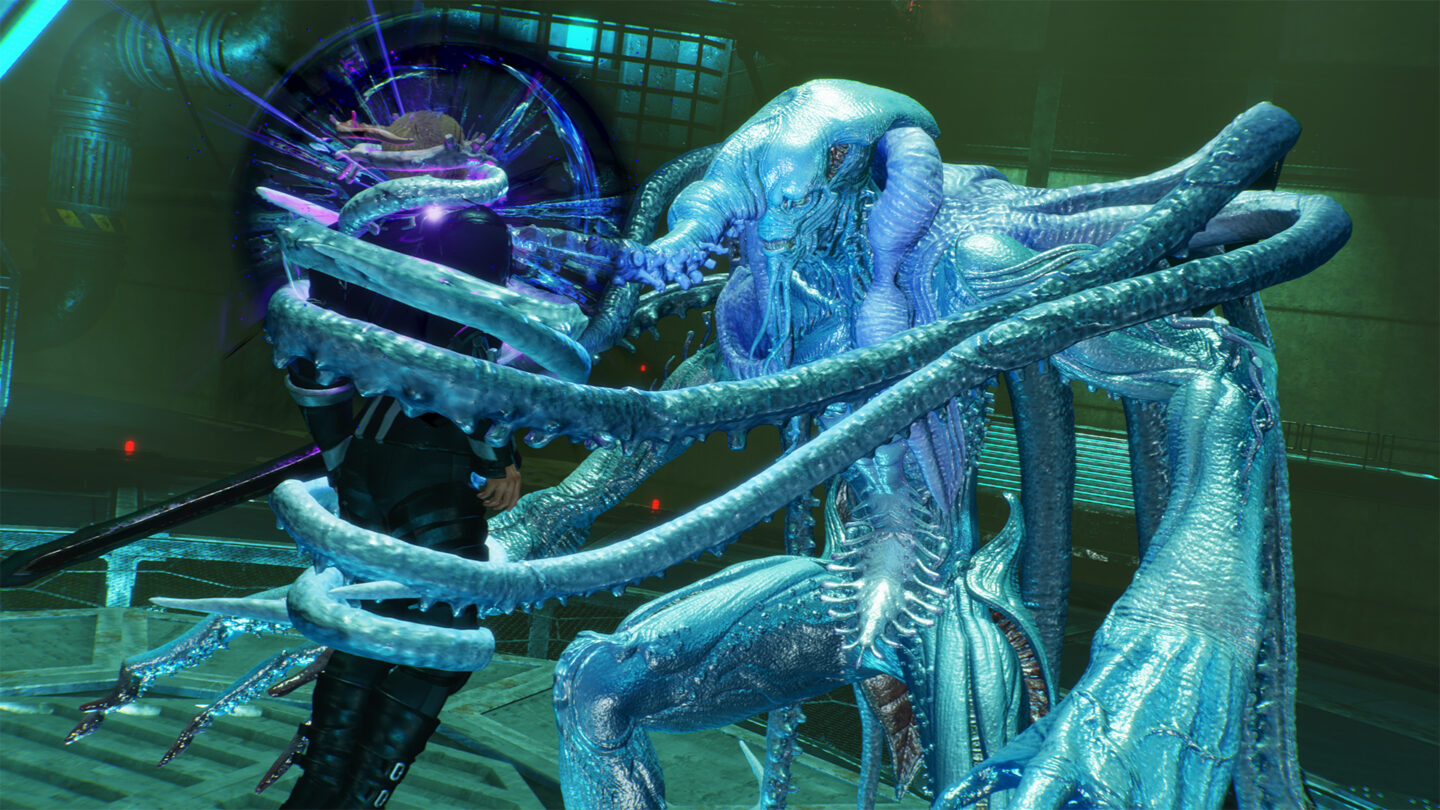 If you're going to make an inappropriate joke, please keep it to yourself. 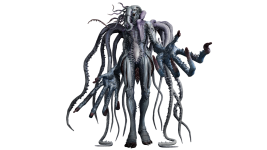 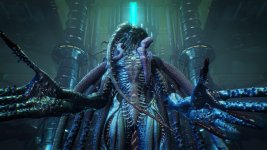 ​
Perhaps the least appetising seafood dish I've ever seen, Cthulhu's bastard child here is of course the Fiend of Water. Those tentacles are nothing to chew at and if you're not careful, he's going to give you all a passionate hug you won't soon forget. That and he'll befuddle you with a myriad of rush attacks, buff steals and just generally being a nuisance to hydrophobes out there. 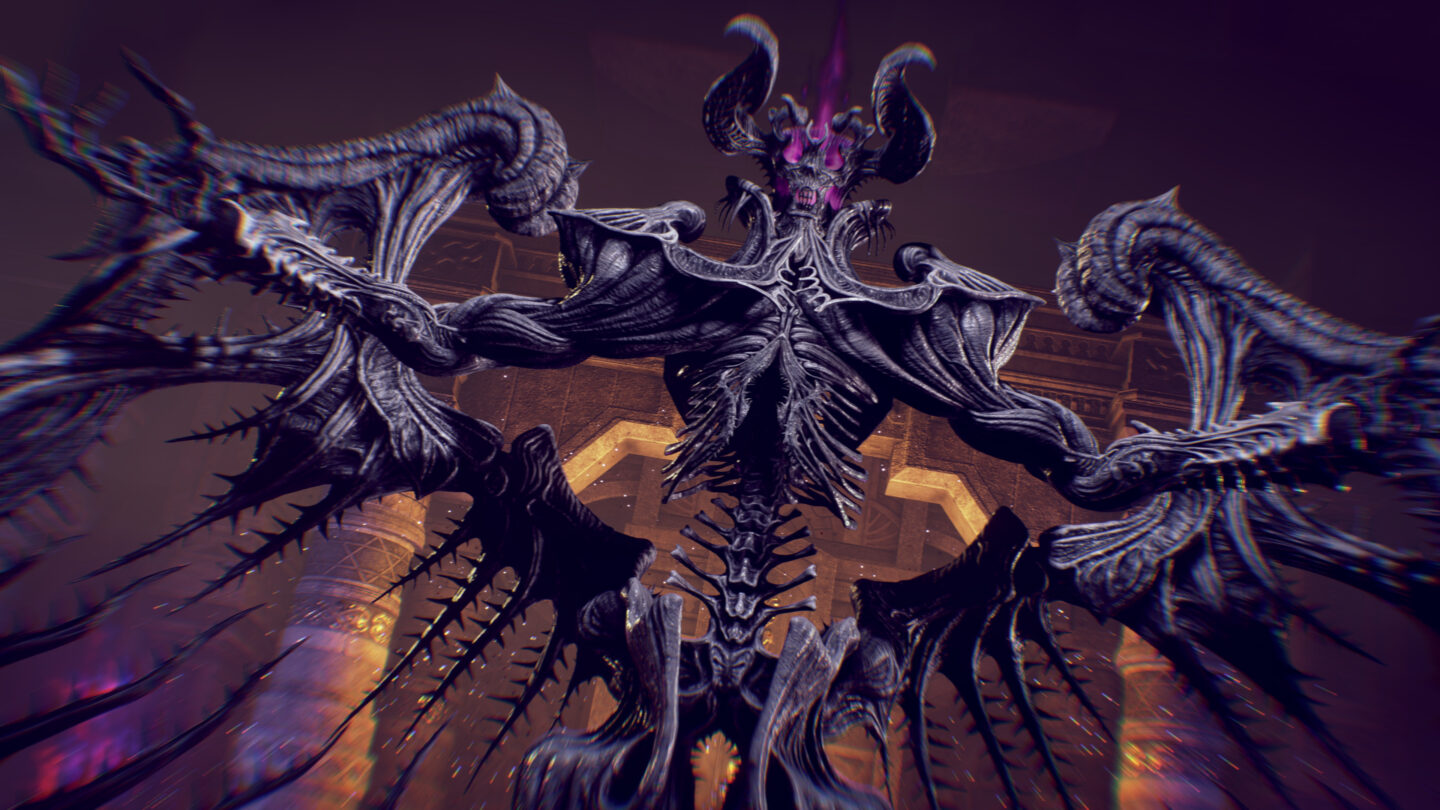 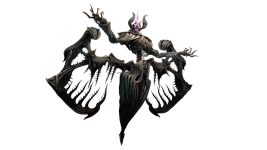 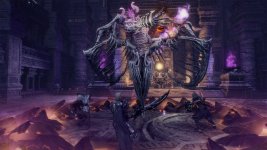 ​
Angry farmers cross about poor harvests and stagnant soil should raise their complaints to Lich here. The Fiend of Earth is corrupting the land with foul magic and will also corrupt your band of five with a plethora of unpleasant status ailments and debuffs. Worse, this spine-chilling reaper here likes inflicting Curse on you, which saps the upper limits of your Break Gauge. If that isn't enough, Lich eschews the notion of letting the dead rest in piece, because he summons skeletons to the arena as adds. 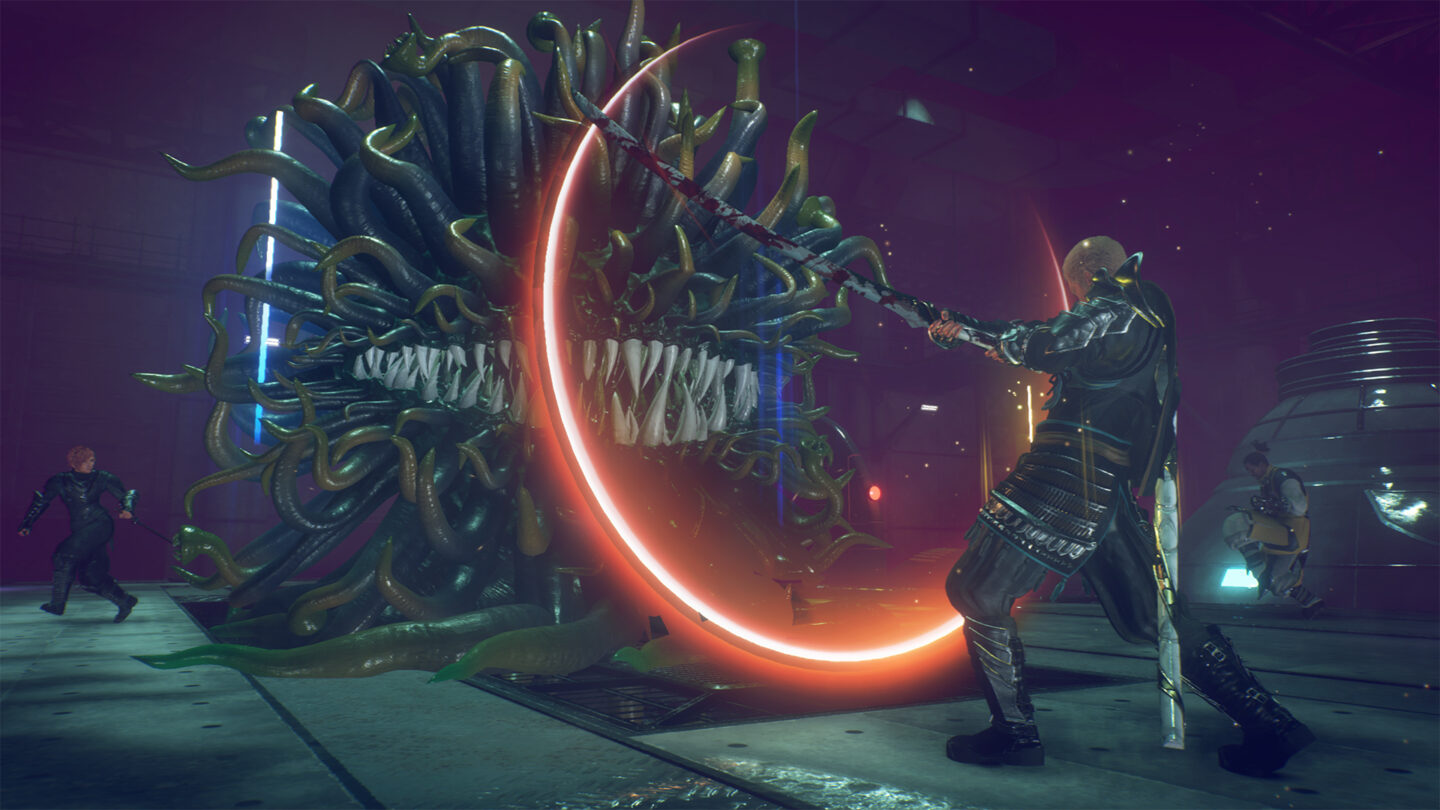 If you can't get enough of Lich's status ailments, wait until you get a load of this guy. The best way to beat a Malboro is to inhale deeply as often as you can. Keep taking deep breaths to calm your nerves and clear your mind- oh crap, that's exactly what you shouldn't be doing. RIP.

Once inside, the creature purportedly forces slumbering victims into drinking vials of a mysterious substance known only tentatively as 'Fantasia'. Once ingested, it takes only 3 hours for the effects to fully take hold. The unsuspecting victim will wake to find themselves a Lalafell...
And the award for the weirdest FF project of all time goes to….

It really is like SE have taken a look at meme culture, fan art and videos on YouTube and decided to make a game out of it all. It does seem very self-aware.

The memory aspect is interesting. Although at this rate we're going to know more about Jack Garland than Jack Garland does by the time we get to play the game. They really aren't holding back on all these plot points.