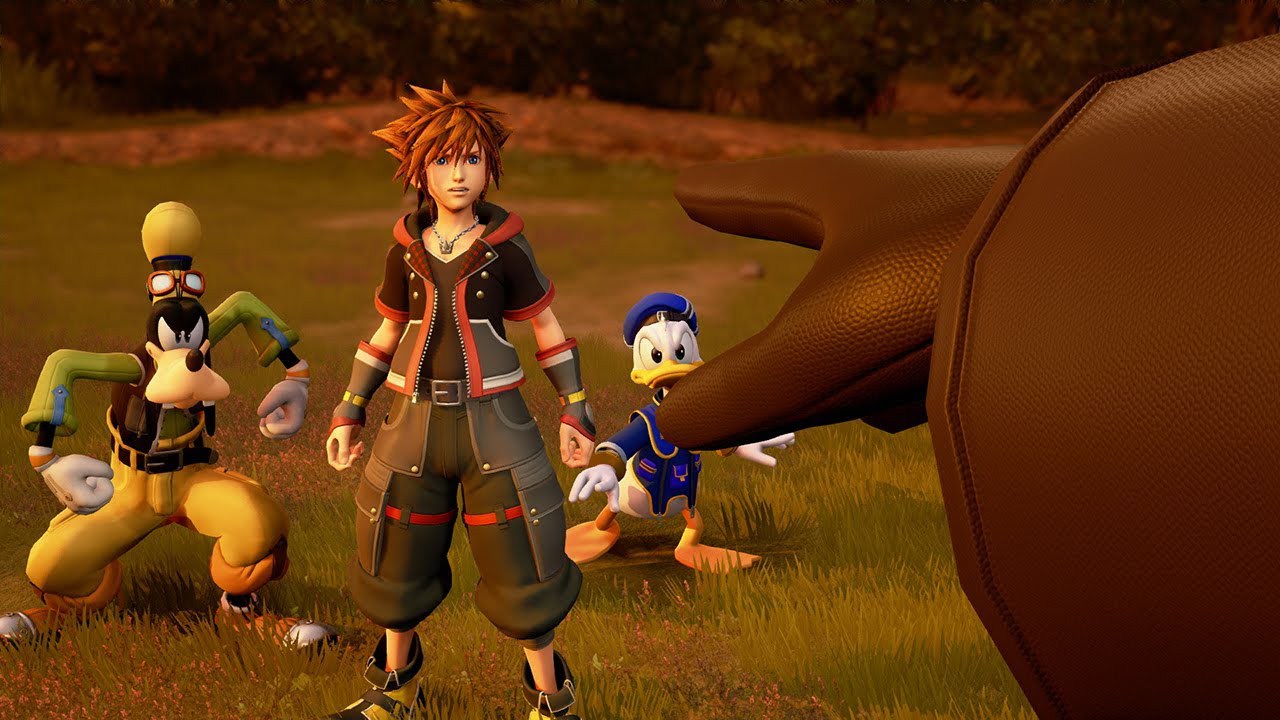 ​
The elusive Kingdom Hearts III actually showed up with a new trailer at the Kingdom Hearts Orchestra -World Tour- event in Los Angeles. As the game will not appear at E3 2017 this year, this will be the only time we will see the game before next month's D23 Expo event on 15 July where Square Enix promise a new world announcement followed with yet another new trailer.

The trailer shows off the game in its new current-gen Unreal Engine 4 coat of paint. Expect worlds of a considerably larger size and scope, meaning wider battlefields in which to do battle with the Heartless legions. You can see the team aid Hercules in battling through the classic forms of Heartless on series staple location Mount Olympus, along with what appears to be a new Drive Form for Sora that provides powerful crowd control abilities on his surrounding enemies. The familiar moves make a return, such as the Magnet abilities and diving from Dream Drop Distance.

A brief look at the game's story reveals interaction with classic Disney villains, Maleficient, Hades and Pete, as they discuss the location of a mysterious black box item while Sora squares off against Ansem and Xemnas in an attempt to bring back a certain old friend and familiar face of the franchise who should never have existed.

Once inside, the creature purportedly forces slumbering victims into drinking vials of a mysterious substance known only tentatively as 'Fantasia'. Once ingested, it takes only 3 hours for the effects to fully take hold. The unsuspecting victim will wake to find themselves a Lalafell...
Looks good, but I'm scared because they continue to show flashy stuff over core gameplay mechanics. None of the KH games have been balanced in any way since KH2FM (and even then, that's only balanced on Proud and Critical). And since Osaka team has done all of those other games, and is doing KH3, it worries me that they're avoiding more basic gameplay ideas.
I'm getting HYPED!!! I recently bought the FM PS4 collection, and I gotta say... nostalgia is a powerful thing.

One major request though: Significantly improve ally AI. Donald and Goofy, in particular, are legitimately developmentally disabled. It's painful; I don't need an ether, my MP recharges itself you fuckhead!

I do hope that the correct melee-based gameplay doesn't suffer for these psuedo-cutscene attacks. I enjoy using limits in KH, but they aren't the core attacks you'll be using. I also really don't have any interest in these Flowmotion attacks where you hit someone with a bumper car, or something like that.

New Drive forms are good; although looking at it now, the battle system does seem to be getting bloated. Limits, FlowMotion, Drives, Shotlocks plus whatever else they can mock up to add it could go either way: bog the game down with a lot of relatively useless ways of attacking, or allow players the freedom to play to their strengths. Either way, it'll be fascinating to see the gradual development.

I also noticed that Hercules has his own HP bar now; does that mean we don't need to swap out Donald or Goofy for each world's 'Hero' anymore? I did find it limiting when I had to do that in KH2- I'd lose my access to a specific drive form.

Also; the Japanese VA for Hades actually sensational. It sounds like the Englilsh VA simply speaking Japanese(please do correct if that is, in fact, the case). It's really entertaining!
The battle system is.... crazy...that is for sure, and all I can say about it.. I love kingdom hearts and I think it has amazing battle system elements... but this is...Flashy...very...flashy.... I hope this is like much later in the game (although if Olympus follows the traditional rout it is very early in the game) because this seems like so much so early, I get Sora has had 3 games of experience but man does it need to be that flashy????
You must log in or register to reply here.
Share:
Facebook Twitter Reddit Pinterest Tumblr WhatsApp Email Share Link
Top