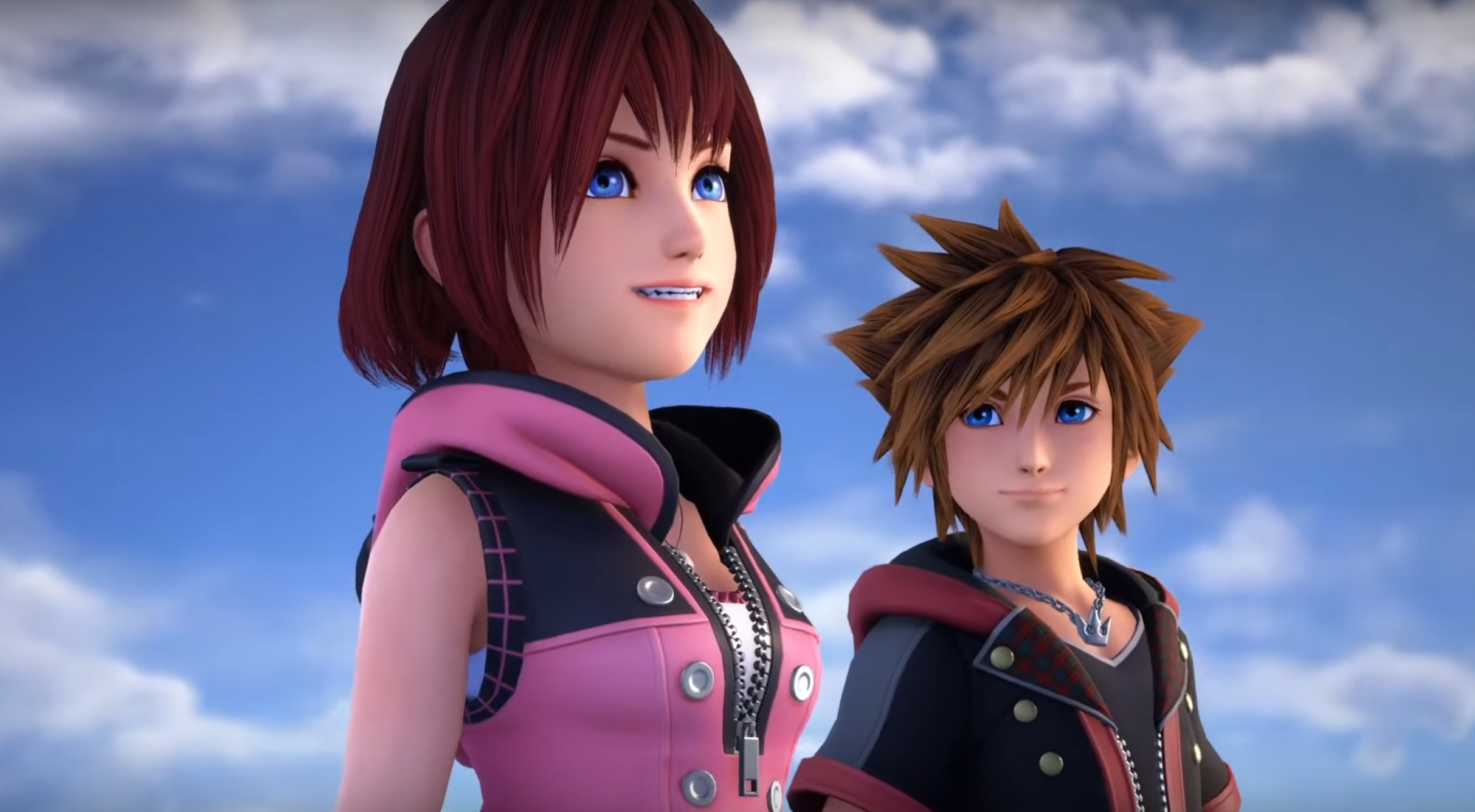 Maybe it's called 'ReMIND' because they really want to remind you in advance to reinstall Kingdom Hearts III on your console? You'll probably need it when this piece of meaty downloadable content comes out, especially if you're someone who wasn't too impressed by the conspicuous lack of classic Final Fantasy characters in the base game. Curiously, the DLC release is staggered, with the Xbox One version coming out over a month following its PS4 counterpart.

From the horse's mouth itself, this is what Square-Enix has to say about the series's first ever DLC:

Re Mind – the other tale that unfolded during the climax of Kingdom Hearts III. Determined to rescue Kairi, Sora travels to the Keyblade Graveyard a short time before the final battle was to take place. Lacking a corporeal form, he traces the hearts of the seven guardians of light. Through experiencing their personal battles firsthand, Sora is about to discover truths that he has never before imagined.
Click to expand...

---​
[WARNING: Trailer contains MAJOR spoilers from the base game. If you've yet to check out Kingdom Hearts III and don't want the surprise ruined, turn back.]


As a brief reminder, this DLC promises new features and content such as:

Once inside, the creature purportedly forces slumbering victims into drinking vials of a mysterious substance known only tentatively as 'Fantasia'. Once ingested, it takes only 3 hours for the effects to fully take hold. The unsuspecting victim will wake to find themselves a Lalafell...
... ... ... Well my only reaction I have is WHY WASN'T THAT ALL IN THE ORIGINAL GAME!

Had the content been set after the events of Kingdom Hearts III I'd have been fine, but as it is set within the timeline of the games story it just seems like they're shoehorning content back in - lessening my original experience with the game. Fed up with companies doing this, surely you'd think they would have learnt by the way they couldn't even finish their vision for Final Fantasy XV's DLC - No! A novel is not acceptable!
Did y'all see that Aerith

I suddenly want to play KH3

Had the content been set after the events of Kingdom Hearts III I'd have been fine, but as it is set within the timeline of the games story it just seems like they're shoehorning content back in
Click to expand...

It is an odd piece of DLC for sure, because it looks as if it may be adding content to the original game as well as new post-game content.

I could be mistaken, but I believe post-game starts at Scala ad Caelum which would be passed the Keyblade Graveyard DLC shown. The seven guardians of light battle(s) look like when they are passing through to Scala ad Caelum and it looks like the Final Fantasy characters, Sora/Kairi & Yozora scenes could be when Sora goes to look for Kairi... Sora/Kairi & Yozora scenes also look they could be The Final World, but at what point in the story - during the game, or post-game?

Alternatively, it could be a new worldline created after Sora 'dies' and has absolutely no bearing on the original game.

I'm not the biggest fan of adding content back into the original story, but I am looking forward to two aspects of the DLC:

- Possibly a deeper dive into the black box, and;
- Sora meeting Yozora, which I can't see beyond setting up the next Kingdom Hearts title; is Yozora really Riku, or even Sora, in another wordline / parallel timeline?
- If Yozora is an alternative universe Sora / Riku? Could the foretellers also be an alternative universe Terra, Aqua, Kairi, Riku & Sora/Ven?

Also, kudos to the end of the trailer - 'I've been having these weird thoughts lately, like is any of this for real, or not? - if there has ever been an example of blowing the minds of Kingdom Hearts fans / gamers, it's tying Yozora right back to OG Kingdom Hearts.


It wouldn't be Kingdom Hearts though if it didn't leave you with more questions than answers.

Confused? Absolutely.
Last edited: Dec 7, 2019
I played Kingdom Hearts 3 in February and I'm confused about the story again already! I'm going to need to rewatch the cutscenes for the end of the game again as preparation for this, I think. I really do need to re-mind myself!


It is great to see some Final Fantasy characters in this game at last! Aerith, Yuffie and Leon/Squall were staple characters in KH1 and KH2, so that's nice to see that they haven't been abandoned entirely.

It is also lovely to see that it is finally possible to explore the beautiful Scala ad Caelum.

But I do agree that it would have been preferable had these moments been in the game from the start. Alas, these are the time we're living in. Though with some of these scenes happening at the same time as scenes we saw in the base game it could be that it was impossible to tell these aspects of the story earlier for narrative reasons.
You must log in or register to reply here.
Share:
Facebook Twitter Reddit Pinterest Tumblr WhatsApp Email Share Link
Top