Location
The darkest reaches of space

I say this game is worth getting because of the deep and innovating story line, the job system is incredible, if you dont get this game you have to be dumb!
Z

i would say yes get this game but only from a collectors stand point. not a fan of the job system, takes away from characters personal development and can be tedious getting certain job abilities. i cant say this is the worst ff game but it is also not the best. some jobs are interesting some are worthless thing is its all up to the player to mix and match jobs and abilities which does make for some replay ability. basically boils down to your preferences that determines your characters. again, an ok game but thats it just ok nothing special here.

out of all the super nintendo final fantasies, V is the weakest. The story and characters are cliched and dull. The villian is 2d, and basically a Golbez ripoff. The bosses are cheap, with some being reused from earlier in the game, and copying bosses from FFIV. the music, while good, lacks the power of FFIV's. The job system is good, but requires a lot of work and kills off any characterisation in the main plot. The graphics are superioir to IV, with characters showing all kind of emotions and animations etc. So on a whole, as a stand alone RPG, V is pretty decent, but compared to the other Super NES Final Fantasies it just dosen't add up. It feels cheap and cliched. It's in between IV and VI, and thats all.
8.2/10

I played and I actually never liked it, the characters are just dull and I didn't like the job system it was weak actually

I'm about half way through FFV and I just can't seem to get into it, if you want to complete your collection then yeah, I'd say it's worth it, I'm not sure I can even bring myself to complete it, I just can't be fussed with it. I normally like jobs an' that but Im just not feeling it at all with this game. I like the characters and the story isn't all that bad but there's just something about it that makes me feel a little disinterested and I can't quite put my finger on it >_>

I left it unplayed for like 3 weeks and now I can't even remember where Im supposed to be going. Ugh.....Im sure other people love it but it's just not for me I don't think, I would have completed it ages ago if it was any other FF <_<

I have the GBA version of Final Fantasy V, and I'm waiting for the announcement of the DS version of FF5... =/

Needless to say, I really enjoy this game, like a more advanced version of Final Fantasy III...

Definetively. Excellent and long storyline divided in two parts, Job system is great, lots of secret weapons/bosses/dungeons and Extreme tough bosses, what else is needed in a FF game?
D

I would suggest getting this game only if you're a seasoned RPG'er or a die hard Final Fantasy fan. If you are a infrequent RPG'er I would skip it.

The hero characters didn't have much development, but tht doesbn't mean it's a bad game, the story was a good one and Exdeath, was, dispite the worst evil name ever, a pretty good villain

And the Job system was at it's finest

I'd say this game is only worth playing if you want to be able to say "I've finished every FF game" If you are just looking for a game to play and don't particularly care if you finish every FF game then I don't think this game is worth it.

The only positive point to this game in my opinion is it's job system, but even the job system can get boring very quickly. So in summary if you are just looking for a new game to play, there are plenty of other RPG's out there which are significantly better than FFV in my opinion.

Yes it is worth getting. There is a lot of cool jobs and items.
S

Personally, I enjoyed it a lot, especially the GBA version with its extended quests and such.

Final Fantasy V is the single best final fantasy game ever created!
its the first FF game that really gave you a challenge, your characters job classes are customizable and as you characters get wiser they can use abilities from other jobs in their new ones.
plus the story line is great! and the characters are actually interesting!

FFV is a must have!!!
(and if you live in the US don;t buy advance, get the PSX version)

Pokeslob said:
FFV is a must have!!!
(and if you live in the US don;t buy advance, get the PSX version)
Click to expand...

Why is that? I am thinking about getting V, and I have my brothers old GBA SP...although I still have my ps2...I would have gotten the advance version, but I await your reasoning.

Location
the world that never was

this the first final fantasy i ever played.this game had proably one of the longest storylines... for the ffs.i still haven't finished this game....when it broke on me. i love the jobs aspect of the game.... although training some jobs is annoying. the characters need some work... gulf was the only character with a decent background...then they go kill him...

i like the fact of the different ways to get cetain moves/ ablities. and the fact u can play the piano. even though its not really u playing it.

many bosses were just repeats of other final fantasy bosses. i guess they're just giving us another chance to beat them to the pulp.

but i would like to see this game remade for the ds. if they worked on it a bit more.

Shinigami Cloud said:
Personally, I enjoyed it a lot, especially the GBA version with its extended quests and such.
Click to expand...

Zentek said:
Yes it is worth getting. There is a lot of cool jobs and items.
Click to expand...

Lets try to keep one liners to a minimum chaps 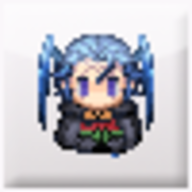 Definitely worth getting. One of my favorite games in the series; probably Top 3 for me.

The story definitely makes up for the lack of graphical beauty in this game. Sure it may start out slow where Timmy falls down the well and Lassie comes to rescue him, la-di-da, but once you start making acquaintances with the rest of the characters, find out what happened 30 years earlier, and then encounter Ex-Death, you get sucked in. The traveling from world to world and seeing the differences between then all, and then witnessing how Ex-Death plans to Capture the Worlds makes for a pretty sweet plot ending.

Give it a try if you're considering it. Fight through the sub-par graphics, but once you connect with the characters, you'll love it.

Alright, I'd say definitely buy this game. It may have sub-par graphics, but I'd rather have a good combat system and a good storyline with sub-par graphics than vice-versa. Admittedly I'm a bit biased because this was the first RPG I ever played. Also, it took me a LONG time to get through it...I think about 60 hours, but I'm a bit of a slow player, I know that. I guess I like to savor the dungeons, lol. Also, I imagine you could get a used copy on the internet for cheap, although I've heard PS one games are going up...also, why take the words of others? You've already seen/heard some probably think it's the best thing since pizza, others wouldn't get paid to play it, so the only person I think who will ever know if you'll like it or not is...you.
Last edited: Dec 4, 2009

As far as ffv goes I definitly think its worth getting.. As any other Final Fantasy it has its flaws and it's high points..

The battle system is fun as hell.. YOu get a ton of options and customability with it.. The game is long and will take you a good while to finish, the characters are ok.. Not the best set of characters in the world but definitly passable..

My only critic I have for this game is I feel like the story is kind of Copy Catish.. It didn't really bring anything new to the table, very similar to the ff before it actually.. Maybe thats why this game is so forgetable, because other than the unique job system, the storyline didn't really bring anything new or memorable to the table.. Just kind of flatlined..