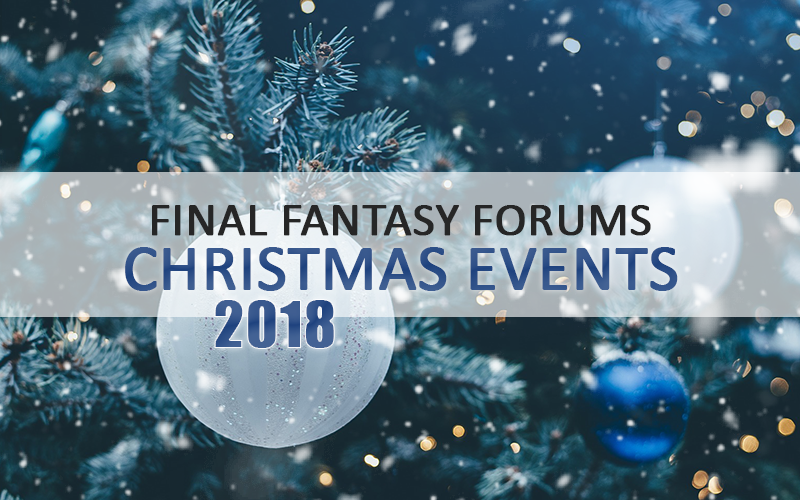 ​
In the warm, cosy cottage an exhausted Mr. Pomander finally collapsed into his recliner to watch Mognetflix with a modest helping of kupo nuts. Suddenly, the channel changed to Chocolina’s Hot and Cold. Perplexed, the lounging moogle turned his head to find that Billy Beakface had let himself in again and was pecking at the television remote.

“Kweh-he-he” responded the chocobo, smirking through his beak.

“Kupo! Why did I bother rescuing you, you ungrateful bird?!”

It was fast approaching the first Christmas Mr. Pomander would spend alone since his wife's unhappy end in the jaws of a behemoth. The Pomanders had untangled the playful chocobo from some brambles on that fateful day after discovering the bird within range of a behemoth den… That this charitable act cost Mr. Pomander the love of his life forever tormented him. He felt burdened by grief and regret.

Yet the bird which followed him home that day had been an incessant nuisance ever since. Mr. Pomander couldn’t simply suffer in peace. Sitting down for dinner, Mr. Pomander’s food would regularly get snatched as soon as its succulent aromas reached his nose. Once, upon retiring to his bed, Mr. Pomander turned on his bedside lamp to discover a snoring Beakface had somehow tucked himself in!

Later, on Christmas Eve, Mr. Pomander and Billy Beakface set out foraging and neared the very woods where his wife had been devoured before his eyes. The sad moogle could never face entering this forest of unhappy memories, but Beakface pulled away and ran into this snow-cloaked cemetery. When Beakface re-emerged, muddied and soaked, Mr. Pomander scolded him and dragged him home.

Back at the cottage, the chocobo ran amok, traipsing mud all over the kupo-nut wood floorboards and garula leather seats. Like the steadily inflating rage of a fiery Bomb, Mr. Pomander was now ready to self-destruct.

Mr. Pomander gave Billy Beakface a sturdy boot up the behind, projecting him beak-first into the snow outside, bolting the door after him.

Next morning, on Christmas Day, Mr. Pomander felt empty, cold and alone, thinking not one soul cared for him. He and his wife used to shower each other with gifts and laughter - no more! His attention was abruptly brought back to the present by a sharp tap on the door. Ignoring it at first, Mr. Pomander eventually relented to the persistent noise and opened the door ready to yell.

Mr. Pomander looked down at his doorstep, and there by his shoopuf slippers lay a parcel, imperfectly wrapped with the leaves of gysahl greens.

It was his dearly departed wife’s pendant, complete with photograph of the happy couple from their first Christmas together.

Mr. Pomander’s cold, furry face was warmed by a tear as he realised what had happened. Upon hearing the rustling of feathers around the corner of the cottage, Mr. Pomander pranced out, tripping over his own slippers in the snow, but not caring one bit. Upon finding Billy Beakface hiding bashfully, Mr. Pomander immediately hugged his chocobo companion tightly and let the tears of gratitude flow.

Billy Beakface was invited back into Mr. Pomander’s home, and also his heart.

While he might still complain about the chocobo from time to time, Billy Beakface will always be appreciated, always loved, and forever a part of Mr. Pomander’s Christmas…

...At least until next Christmas dinner!

We haven’t forgotten! The second issue of the magazine is well underway - but who would we be if we cancelled Christmas?

We can now announce that FFF’s 2018 Christmas events are launching!

During the month of December several competitions and events will be running. More may be announced in due course, but you can expect to participate in another Christmas Jokes competition, a Christmas recipe contest, and a drawing prompts challenge!

Winning any event will earn you a 'Christmas Ball', alongside forum-currency prizes (including runner-ups). The member with the most balls wins Christmas!

These events shall have varying start and end dates. The full details and rules of the various events shall be posted in the relevant threads in Competition & Events section.

Dionysos Moogle image by Roko Zaper.
Events you can participate in:
Christmas Jokes (2018)
I've come up with a new Christmas recipe!
12 Days of Christmas Drawing Prompts (2018)!