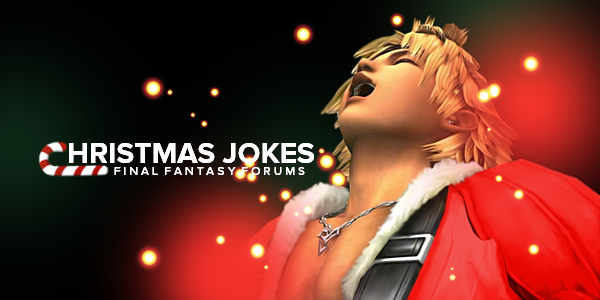 ​
Turns out a voting thread might be our best option for working out the winners. We had a healthy number of entries this year, so I thank everyone who entered. All people who participated will receive rewards at the end even if they haven't made it to this second round.

Here I am including all jokes which gained two or more ‘likes’ or ‘laugh’ reactions in the original thread.


Here are the jokes which made it to the voting round:

Joke 1:
Why is Odin never invited round to stay overnight on Christmas Eve?
Because he's smelly and no one wants to Sleipnir him.

Joke 2:
Why did Yevon also ban trigonometry?
cos it's full of Sin

Joke 3:
Why do people flee when Atomos sings Christmas carols?
Because he sucks.

Joke 4:
What kind of puppy does a Moogle want for Christmas?
A Pomeranian....

Joke 5:
Where did Zidane go when he got his tail cut off?
The retail store.

Joke 7:
Why doesn't Shinra send their employees on holiday to the mountains?
Because they're scared they'll see an AVALANCHE

***
Joke 8:
Why couldn’t Blank participate in the Tantalus Theatre Troupe’s nativity play?
He was stoned.

Joke 9:
What breakfast cereal does the queen of Alexandria eat following her morning exfoliation?
Brahne flakes.​

That whittles the number of jokes down a little bit but we still have to decide a winner!

Joke 8 is a classic and has me chuckling sensibly at it every time. Poor Blank.

I opted for Odin!

One day left for voting! 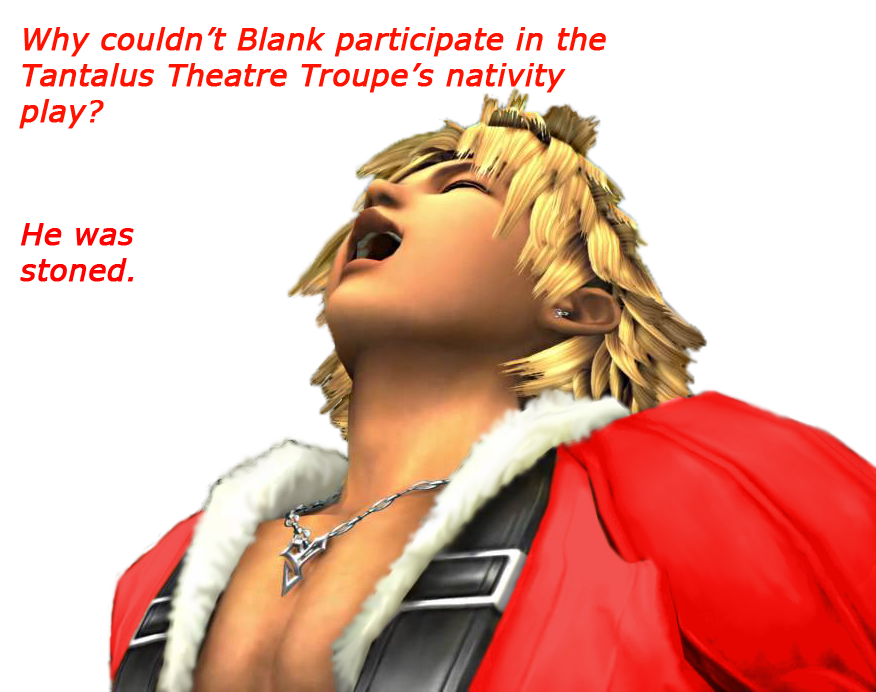 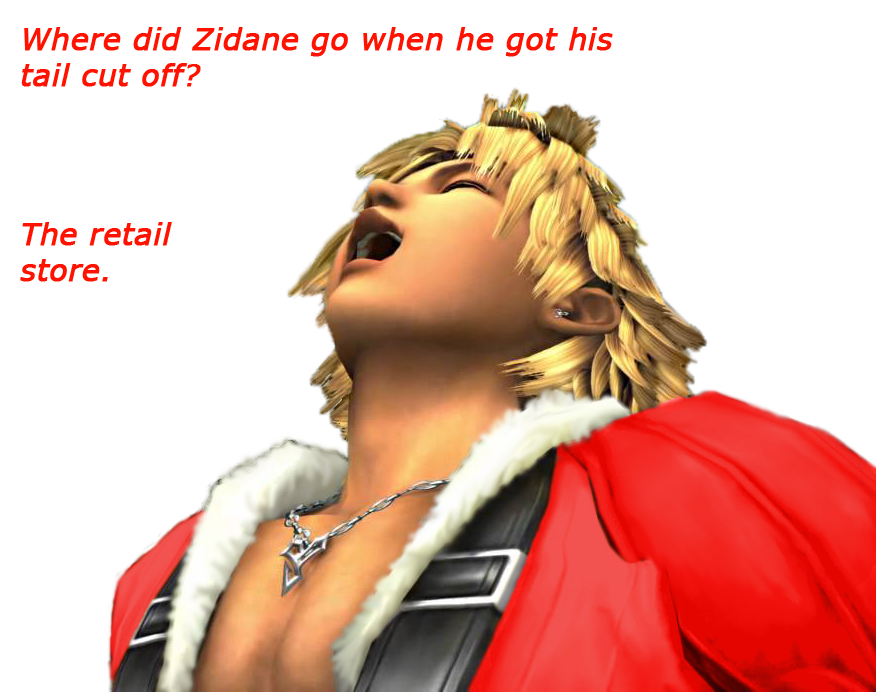 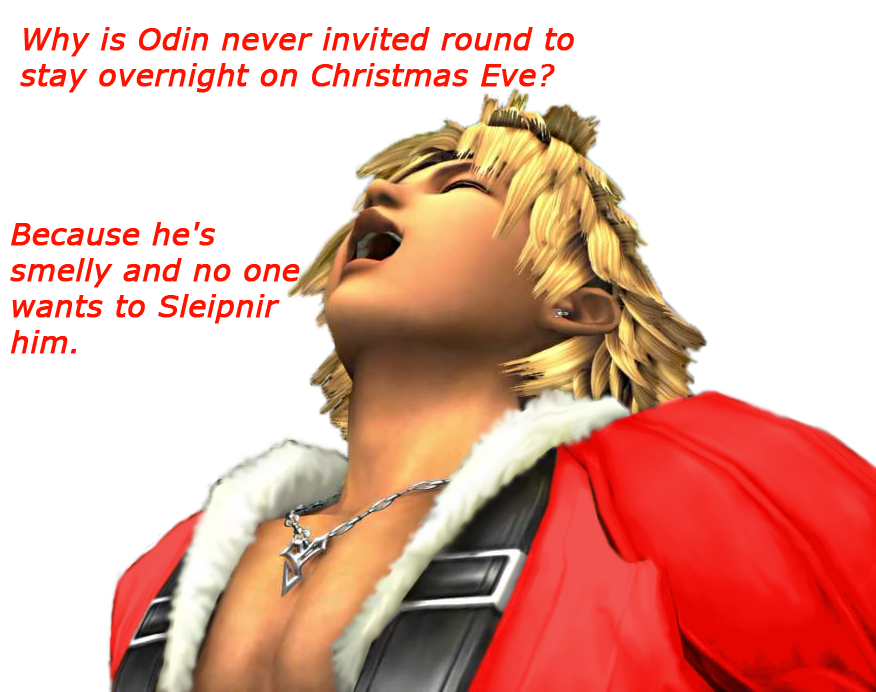 
The following people also made it to the voting round:
Six

The following people entered in the first round and shall gain participation points:
Soulcorruptor
Interlude65

***​
The participation this year has been superb! I genuinely thank everyone for their efforts and getting in the spirit of the season.