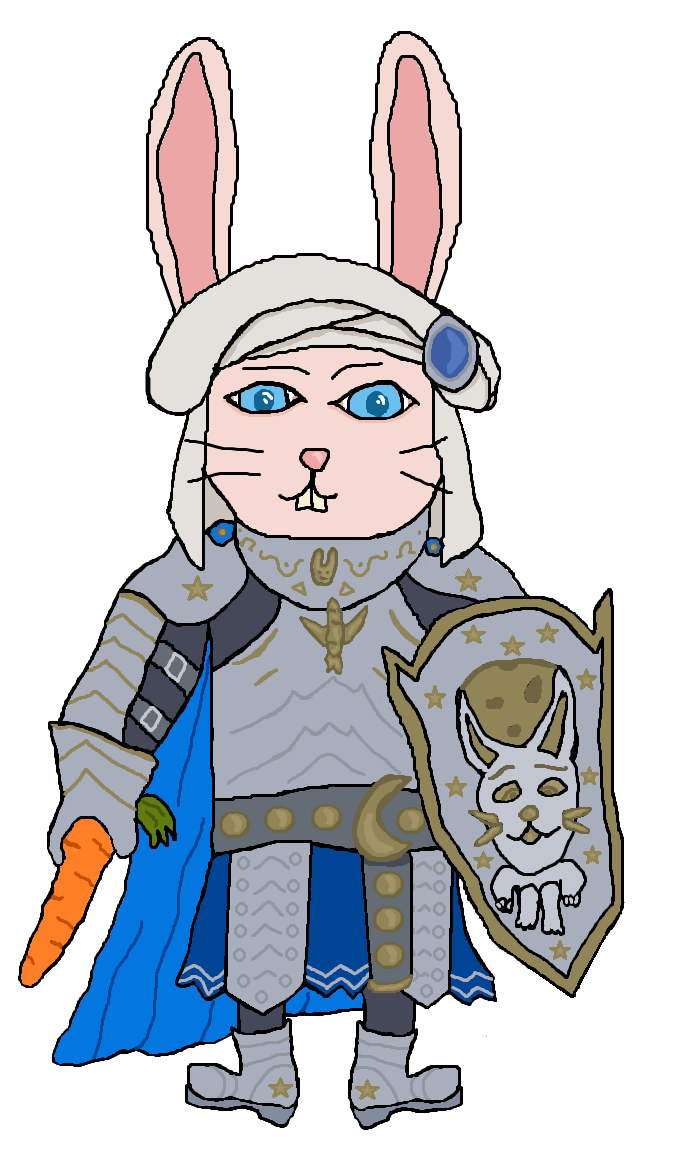 Lawrence is a Lunar Knight Loporrit who has hopped down to Earth to kick ass and take names. I'm not just being a lunatic casually reusing that expression. He will literally steal your name and give you a new, sillier name. If your name happens to be Raubahn of Ala Mhigo, Lawrence will turn you into Rowburn of Al Minging. His victims, losing all sense of self, anxiously claw at their skulls wondering if their entire lives have been a lie.

Why is this our problem? Entertainment on the desolate dark side of the moon is scarce. If it wasn’t for a heavy diet of carrots, he’d hardly be able to see at all, let alone play JRPGs and browse forums. As things are, however, Lawrence is 75% carrot inside, and his perfect vision is trained on this site! If we don’t kill him soon, we’ll all be lost to each other forever!

Example:
Someone may post...
‘King Midas taps Lawrence on the shoulder’ 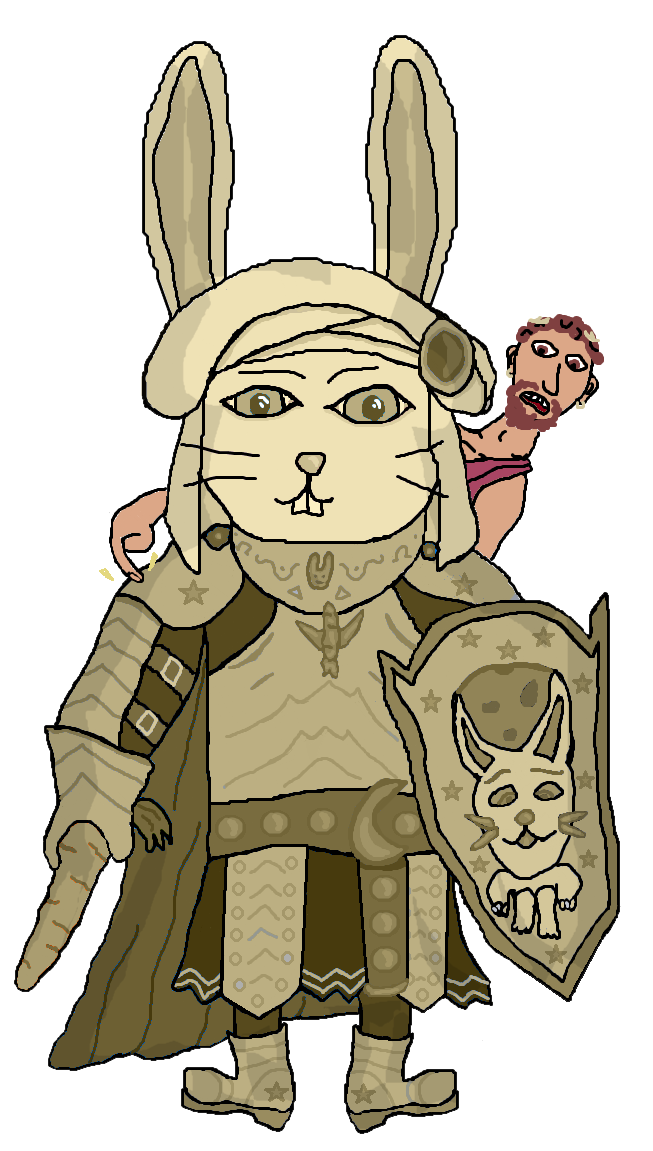 Be creative! Be warned though, Lawrence was born and bred on the hardy surface of the moon and can withstand more than you or I. You can track his current status at the bottom of this post.

To give order to this game I will be using dice to determine how much Lawrence has been damaged for each attack. (I will be using this website for the rolls: http://www.random.org/dice/).

Lawrence has a starting HP of 80. Each attack will minus whatever a single die rolls to Lawrence’s HP.

Each person can only attack only once until the next calculation period. These calculation periods (or Turns) will essentially be whenever it is that I have been able to draw Lawrence’s injuries and calculate his current HP.

Lawrence will also be healed during a Turn. 2 dice will be rolled and the sum will be added to his health! Kill him before he regenerates!

The person to land the death-dealing blow on Lawrence will be crowned the winner. The player who deals the most damage throughout the entirety of the game shall also get a prize.


Some further rules:
As always, do not ruin this by requesting naughty things to be done to Lawrence. Anything too rude and vulgar to depict in drawing will be ignored.
Also, any crazy commands such as ‘decapitate Lawrence!’ or 'Thanos snaps his fingers', while they will be drawn, he will not be insta-killed by such moves. The ‘healing dice’ of a Turn will do much to restore him.


1 EXP will be granted to anybody who has entered this game after their first command, but no further payment will be made after any following turns.

Current state of Lawrence the Loporrit: 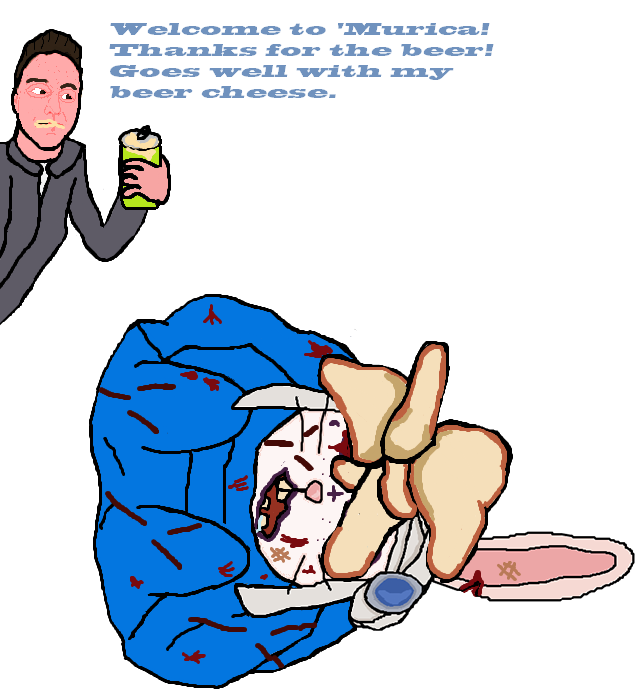 Urianger shows up and proceeds to spend the next 20 minutes talking at excruciating length about metaphysical mumbo jumbo. Which will be more lethal? Lawrence's ability to take names or Urianger's ability to bore even the stoutest of supervillains to death?

Hildibrand sees this strange being from the moon as a creature that does not possess the qualities of a great detective or a true gentleman, so his only deduction to solve both these problems is to perform the Manderville dance until he learns such skills.

Lawrence gets some dust in his eye and accidentally stabs it with his carrot when trying to rub away the offending dust bunny.

Lawrence becomes dizzy from carrot stabbings and then steps on a lego. 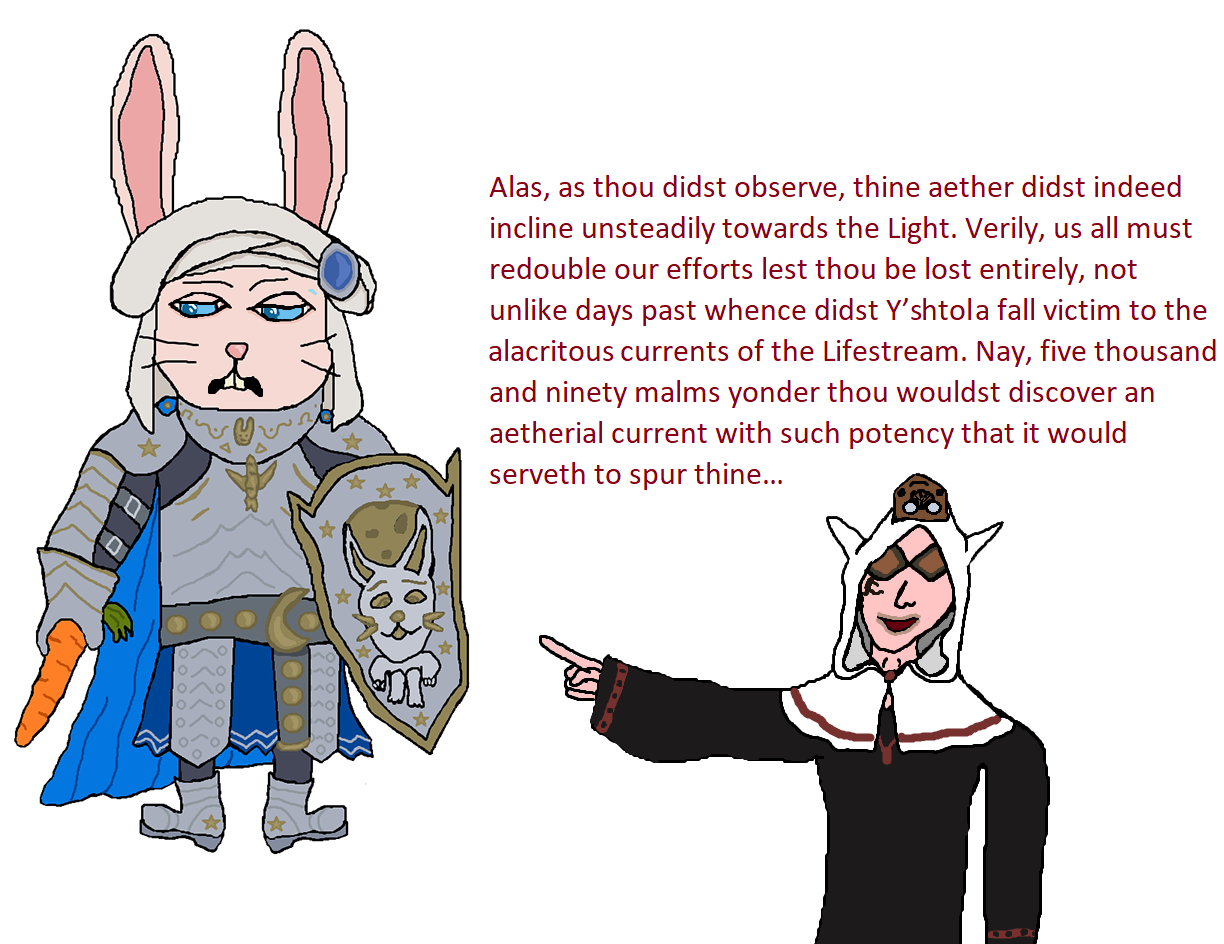 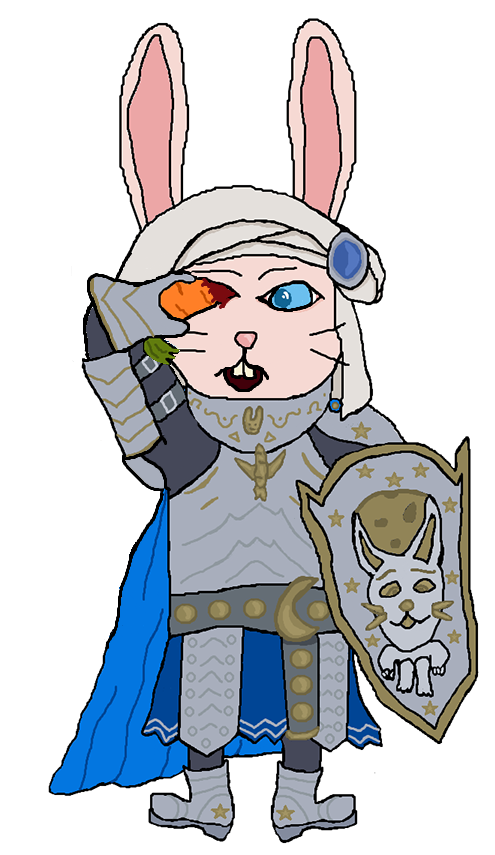 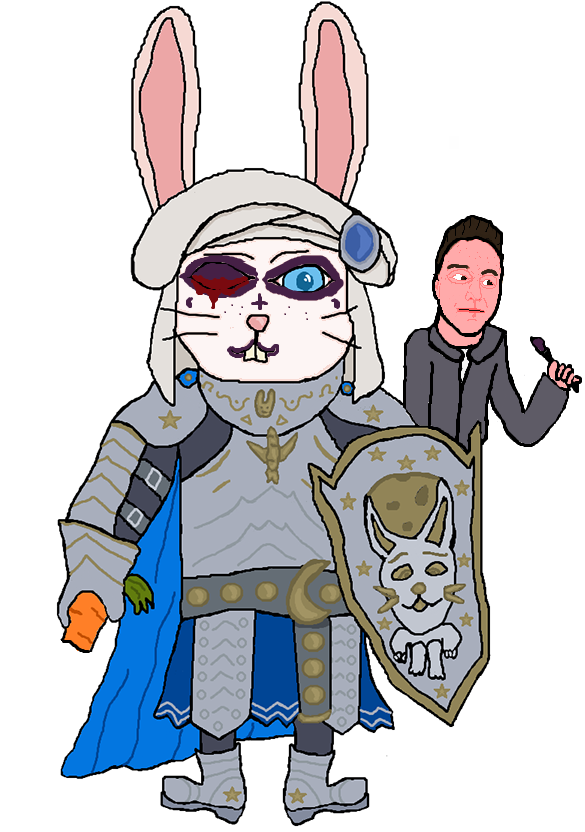 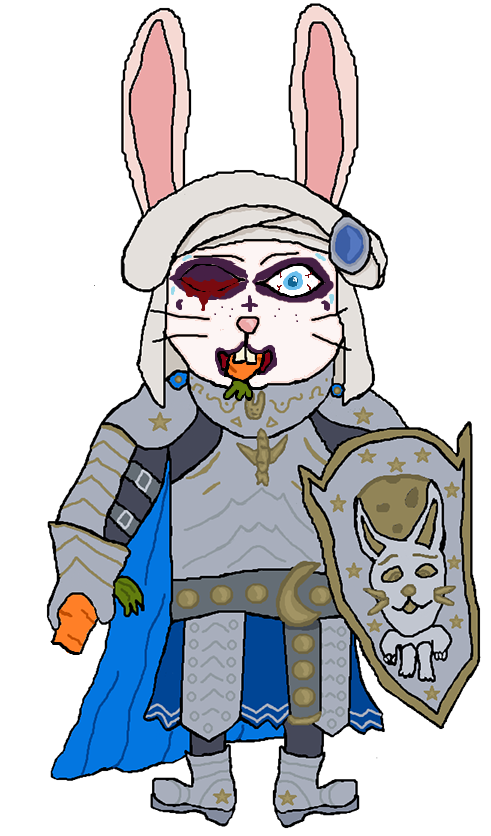 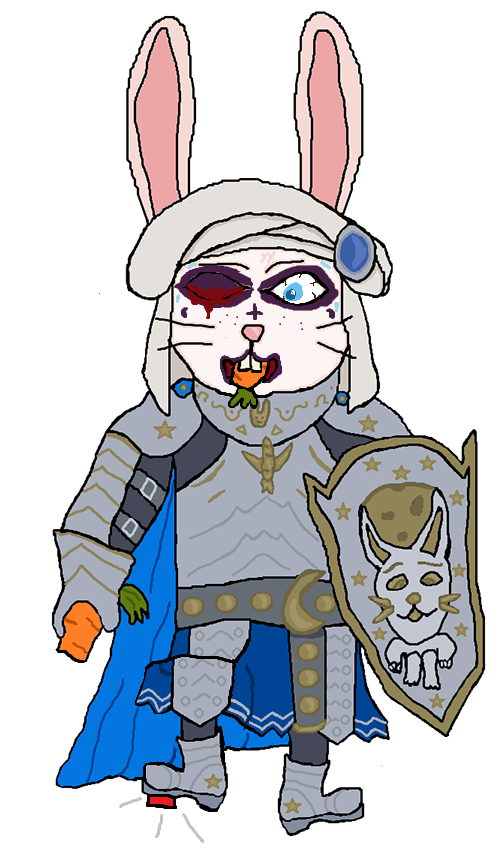 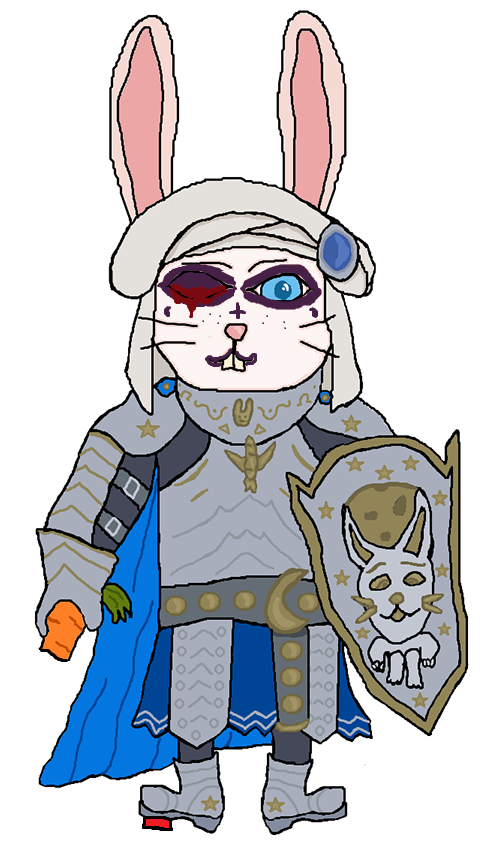 A bunch of teenage louts lay eyes on our lagomorphic layabout. They waltz up to Lawrence and present to him gifts as a token of goodwill and to extend their hands in friendshi-

oh who am I kidding

They beat him up and steal his shield to sell on eBay for some quick and easy PS5 money.

Lawrence sees a Piplup and screams in agony at the abomination.

manages to much off one of Lawrence's ears and proceeds to infect him.

You guys are terrible.

*Emperor Tiberius Kittius Maximus summons Ser Lawrence to immediately appear before him.. Then makes him wait a really long time before noticing that there are kibbles already in his bowl, and doesn't require Lawrence after all.* 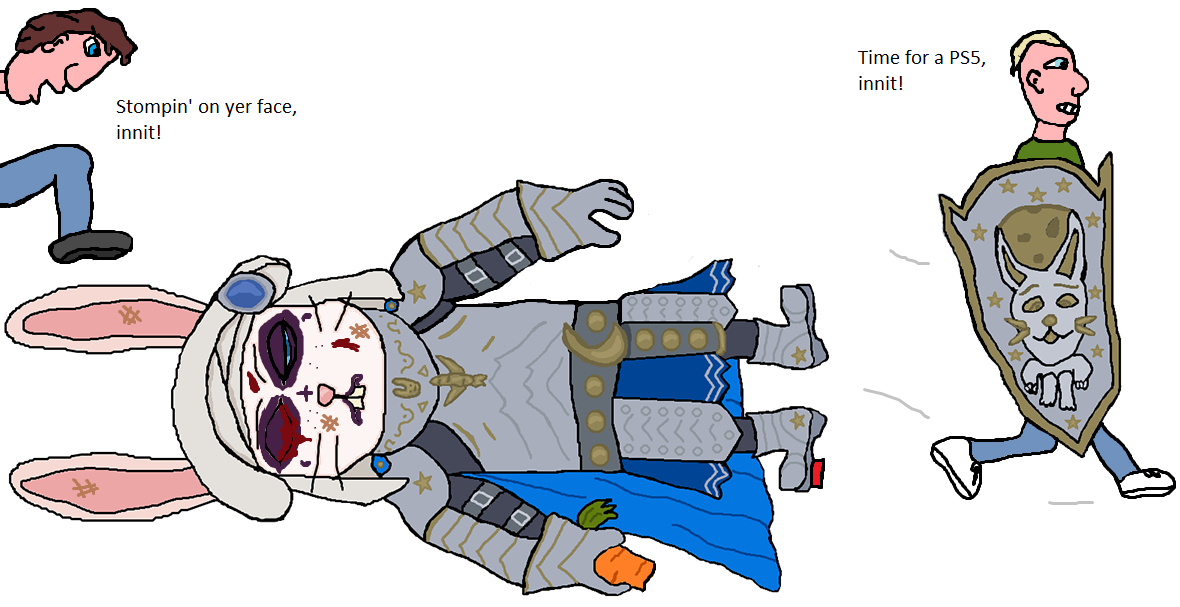 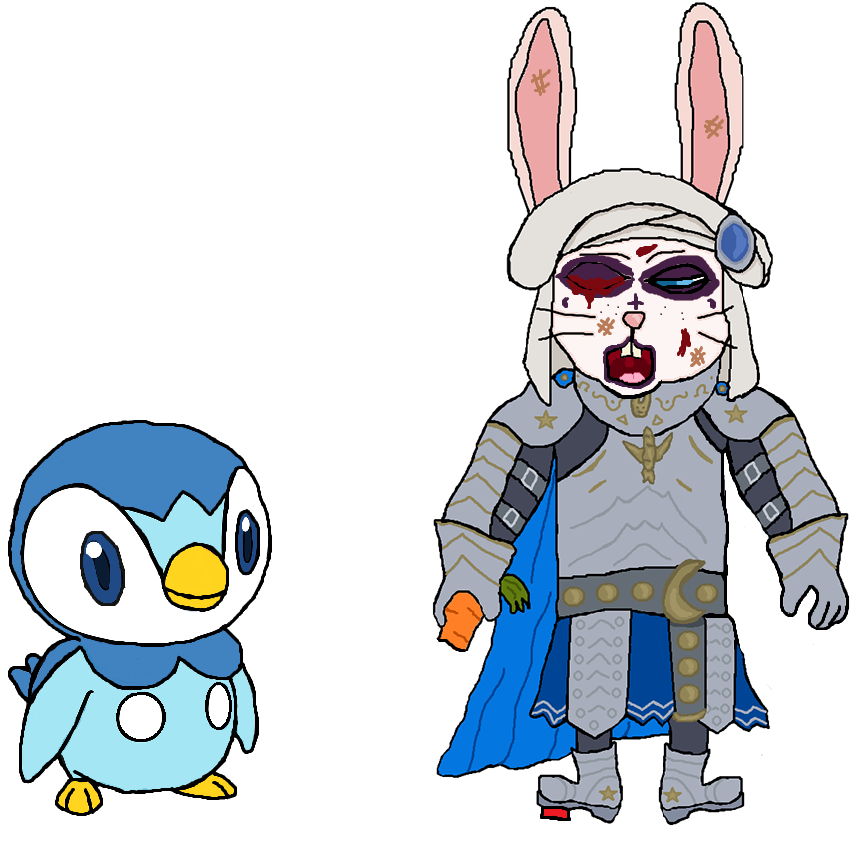 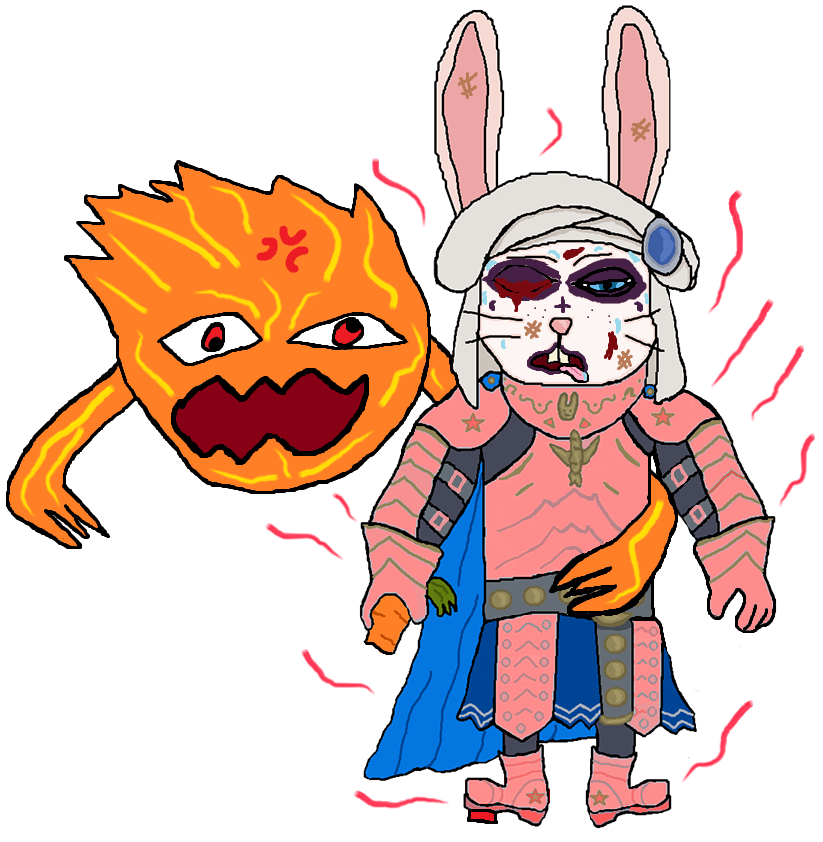 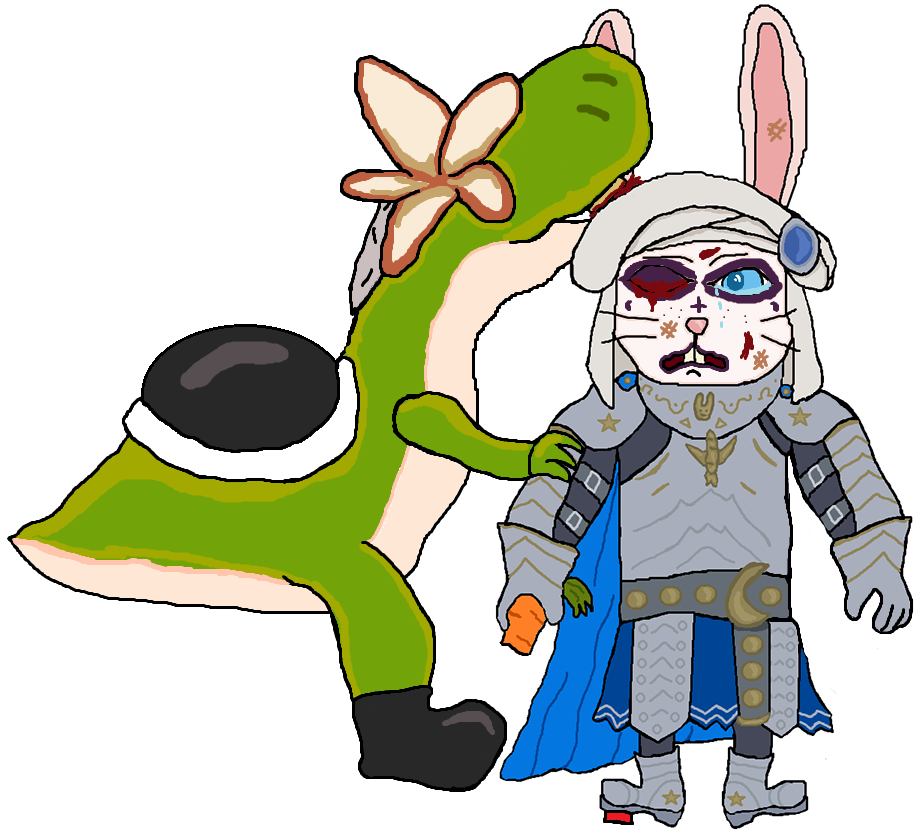 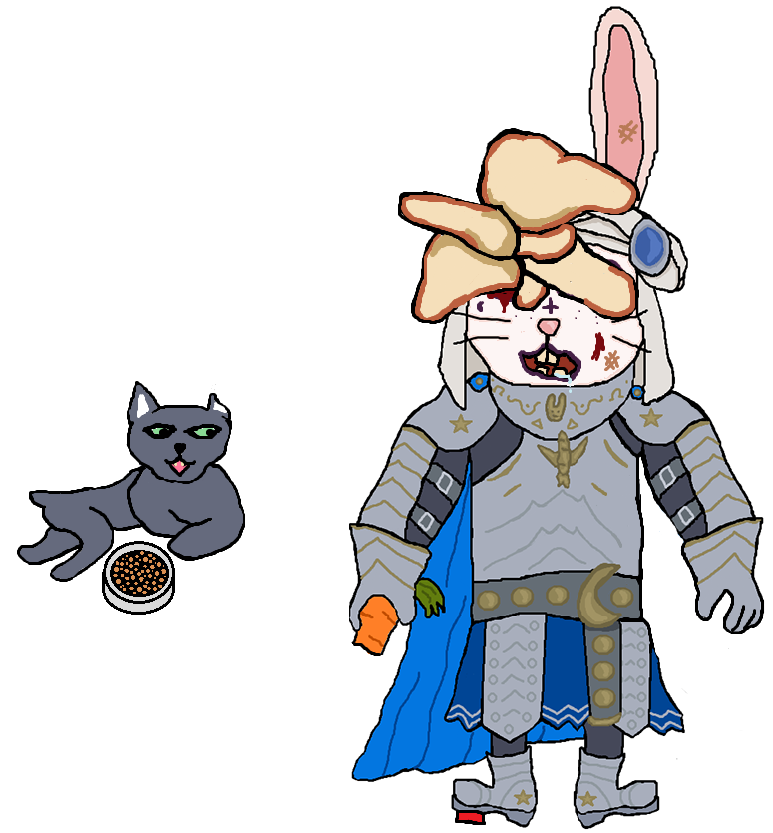 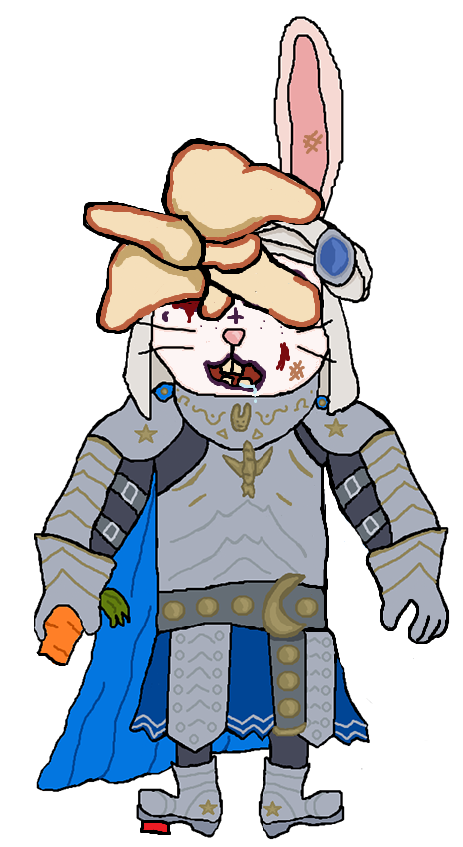 This is not Lawrence's day.

He scores an own goal and will now never escape the humiliation. How will his football teammates ever forgive him now?

Blinded by the infection and not possessing the sense of sight that others somehow would have, Lawrence bumps into a stereo surround sound system and ironically begins playing Blinded by the Light by Manfred Mann.

Lawrence's football teammates roll him up into a ball and use him for practice.

Lawrence gets rear-kicked by a Centaur. 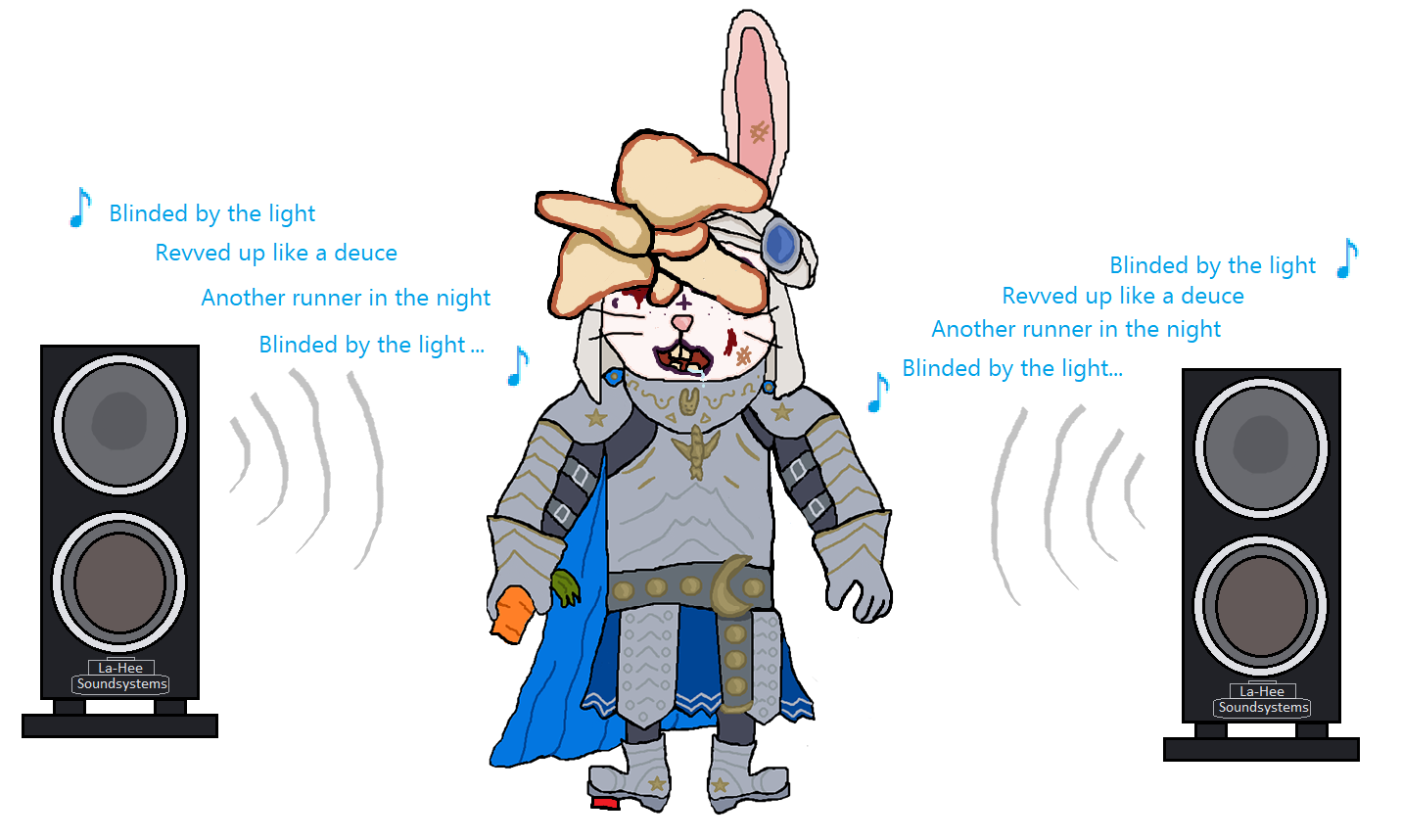 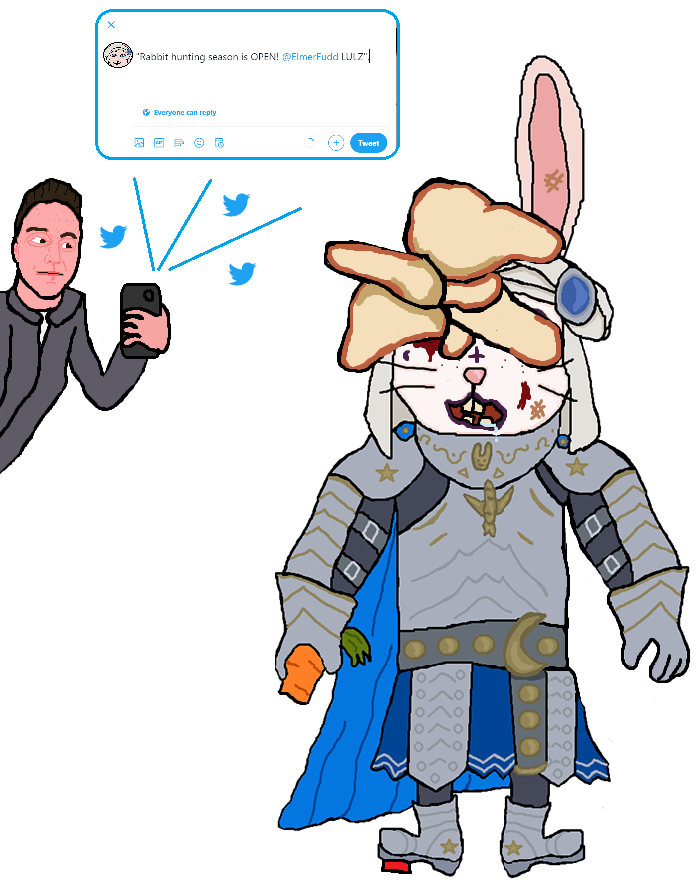 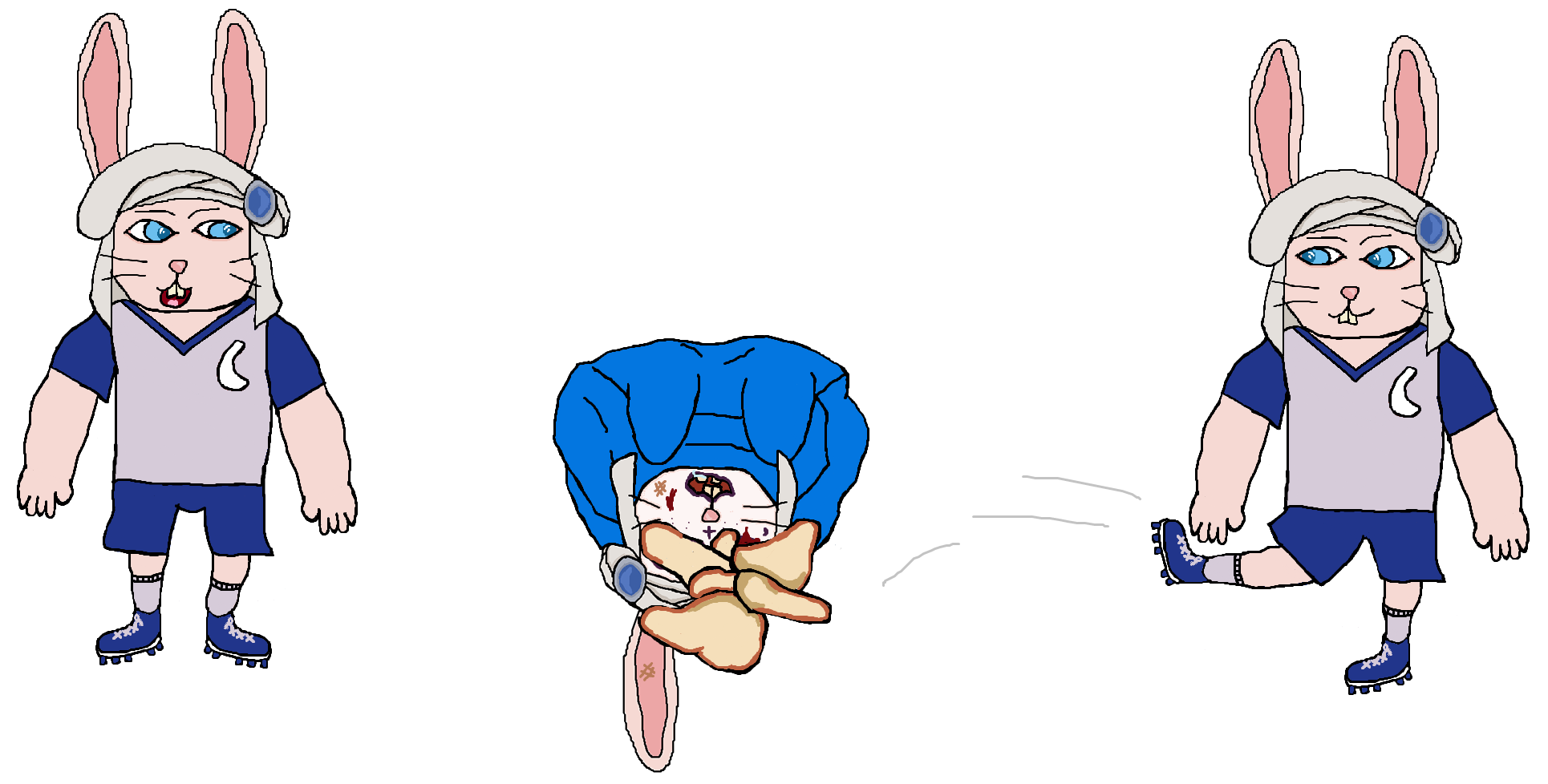 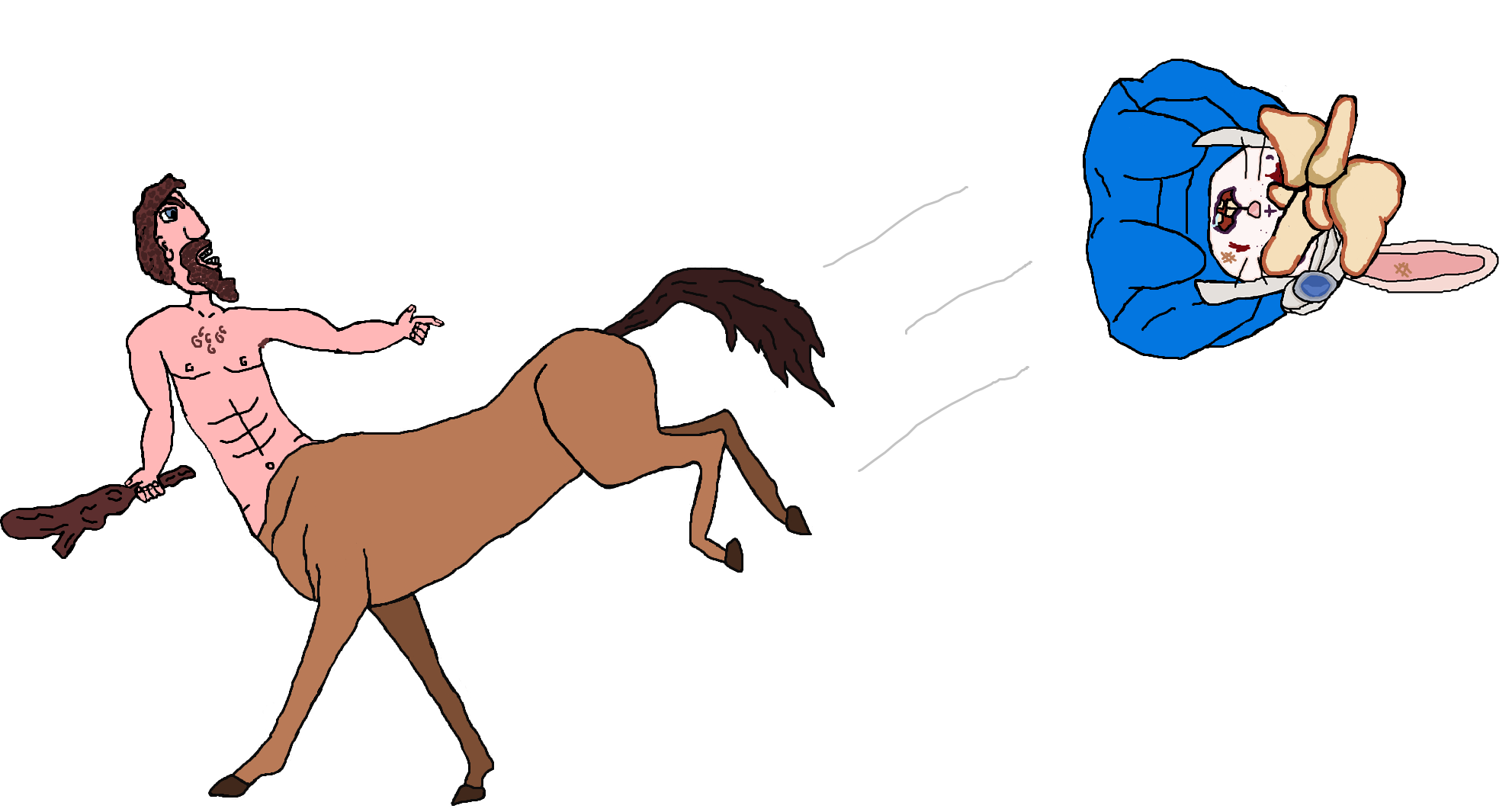 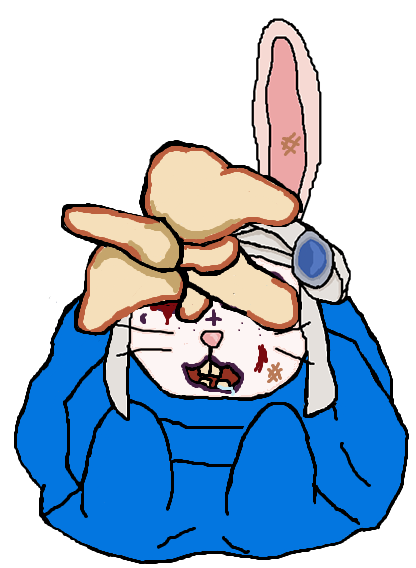