FFVII : Love It or Hate It? 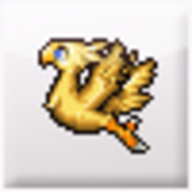 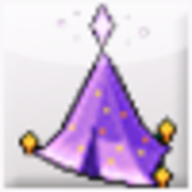 Absolutely love, love and love again. Gave me highest game expirience ever that i wanted to be part of them.
Never seen such perfect game again later. Only the figures could have been realistic and voiced it could have been. The remake is not ff7 original. Has nothing to do with it and it even wasnt that what was promised 2005 to 2012. Just took waaaay to long to present then definately not the original. Its a fake, disappointment and full misleading, like treating people as idiots, what square enix does anyway

So, have you ever had the experience of a game becoming so massively popular that there's no way it can live up to those expectations, and so when you finally play it, you're just extremely disappointed in it?

That's the exact opposite of the experience I had with FFVII. It's by no means perfect, and the passage of time has been perhaps more unkind to it than any other entry in the series, but after years of cynicism and pessimism surrounding how overhyped and mediocre the game actually is, when I finally did sit down to play it for myself, I was surprised at how much I enjoyed it.

I did play the game a little bit when it first came out, but without going into too much detail, I had some of the worst friends growing up, so it was difficult to actually enjoy the games on my own terms, but enough time has passed that I no longer really have to worry about them. So when I finally sat down and played it without any real outside interference, I had already been spoiled on a lot of the greater plot details. If not by said friend group, by cultural osmosis. As a result, I expected the impact of those moments to be greatly diminished. And while many of them don't carry the same weight as they would have in the late 90's, there were other things about them that really struck a chord with me. Little moment-to-moment details, such as how different characters cope with loss differently, or little bits of character-building that are subtle but tremendously change how I would view a character.

I can't really say the same thing about most products released in the Final Fantasy VII universe, however. I thought Advent Children was a mess, Dirge of Cerberus... also a mess, albeit its gameplay has a mindless sort of charm to it. I have yet to play Remake, but it looks to be a marked improvement in terms of tone and gameplay.

So, yes, it's not perfect. But I feel like just as much as the fanbase may have over-hyped the game after release and for many years after, the hate-dom surrounding it also perplexes me. It's a fine game, and I can see why it was resonates with so many people on an emotional level. IX is still my favorite, but I love VII, despite and sometimes because of its quirks.

I didnt play ff7 cuz it might be overhyped. I agree with people overhyping it maybe. Tbe game had a perfect made atmosphere, i found. And the music did also much to overhype the environment to a certain level of perfection, i think like that. Only tbe chracter models i found sometimes strange, not so fitting
ACC I found the battle scenes best, while the conversations werent not so much a thing for me, where i would say, woow these were good.
To remake i can tell its not that game which was promised. But i repeat myself from former post.
You must log in or register to reply here.
Share:
Facebook Twitter Reddit Pinterest Tumblr WhatsApp Email Share Link
Top