Who is your favorite Final Fantasy NPC?

Mine would have to Merlwyb of FF14. I would've picked Raubahn as my favorite NPC if we're talking about who I'd want to become. Raubahn to me is the ideal man for men to become. High-ranking in his society, physically strong, charismatic, and noble. However... My severe crush on Madam Bloefhiswyn eclipsed my admiration for General Aldynn.

Merlwyb Bloefhiswyn is without a doubt the only character in all fiction who is a female that can pull off sideburns.

Merlwyb has really grown on me. Like barnacles on the hull of a well-used vessel.

I love pirates, and I’ve always praised Faris for the way Square Enix appears to use her to examine nautical and pirate themes. But Merlwyb is very, very cool the more I think about her. Off the top of my head, Limsa Lominsa’s Galadion Accord (which ended piracy and turned it into a legitimate nation state) sort of combines the King’s Pardon of the historical Golden Age of Pirates with the Republican ambitions of many of those pirates at Nassau.

I love how Lominsans try to live normal lives, but the shadow of their former lives as pirates forever follows them. Some are able to escape the pull back towards piracy better than others, but the consequences of their former actions shackles them all to some extent. It’s a fascinating concept.


And let’s face it, they’ve given Merlwyb some very badass, very memorable scenes recently. With the Garlean Empire now no longer a threat, many of the pirates are suffering a Treaty of Utrecht sort of situation in that they don’t even have Empire ships that they can legally plunder, so with their livelihoods affected no wonder some are contemplating full-blown piracy again.

As for myself, I don’t quite have an absolute favourite in the entire franchise. I would struggle to even whittle it down to a favourite NPC for each game. I suppose I’m quite fond of the wise sage archetypes. I love Bugenhagen in FFVII and the turtle-Yoda Ghido in FFV. But although I like them, I don’t rave about them much. I love the entire Tantalus Troupe from FFIX for completely different reasons, but many of them are temporarily playable so don't quite count as NPCs.

I’m actually struggling to answer this one, so I’ll give it some further thought and come back when I can!

my personal favorite FF character is Vata from FF DImensions. A mysterious character who you don't know whose side he's on until the very end.

My criteria for this is a little strict as I want to focus on characters who aren't directly related to progressing the plot, so characters like Cid from various series, Doctor Tot, The Turks etc. Are to involved in the narrative to qualify for me. 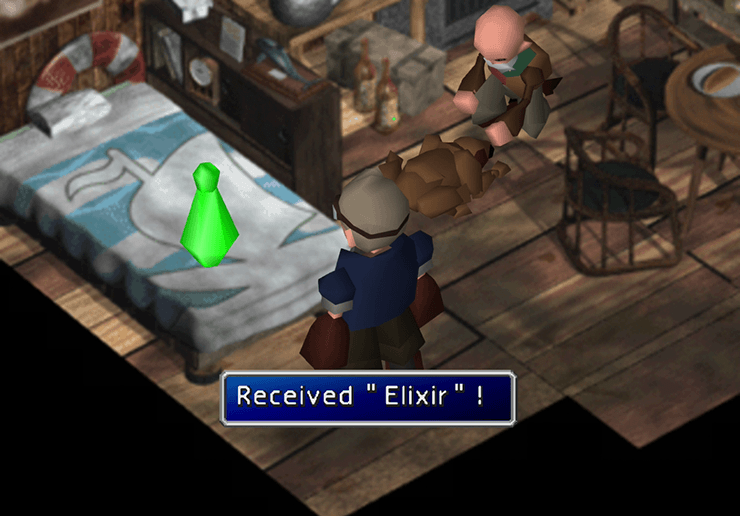 In Mideel, there is a blind elderly man who finally confronts the player for all their mischevious looting, upon leaving the man will ask if the player if they took something and you will either have to fess up or lie. 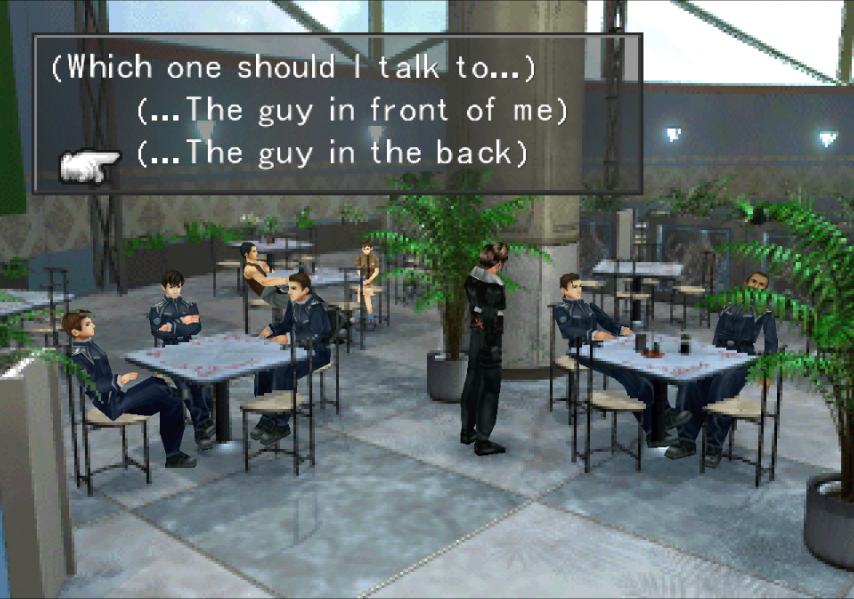 One of the funny structures in VIII is the obession some of the students have with their teach Quistis, they lounge about in the cafeteria and mouth off about their lust for her. When they find out Squall is going with her alone to the Fire Cavern, they al click their fingers and stamp their foot in sync, it's a comedic little moment that works well 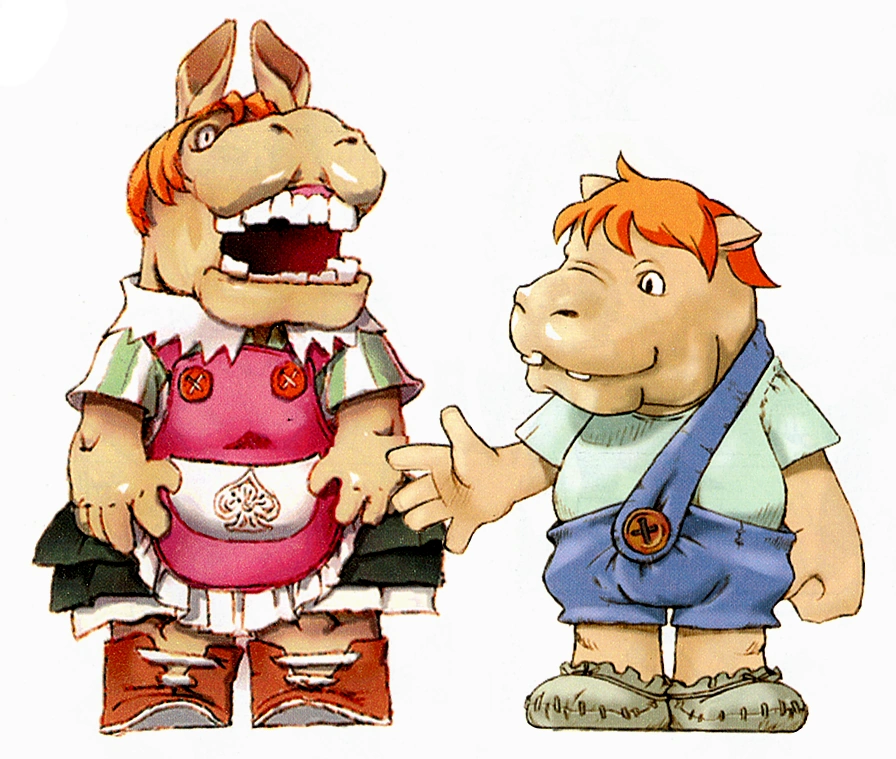 My first encounter with the Hippolady was overwhelming to say the least, I was exploring Alexandria, looking in very households for Turbo Ethers and as soon as I approached the stairs of the inn I had to quickly back away as the Hippolady was trudging down the stairs in a hurry - mouth agape and all! This genuinely startled me at first

Then later, you have a chance to meet Hippaul and do some races! This is a great mini-game and it's charming to see Hippaul feel better about himself as he reaches maximum levels - The benefit of his card collection isn't bad either 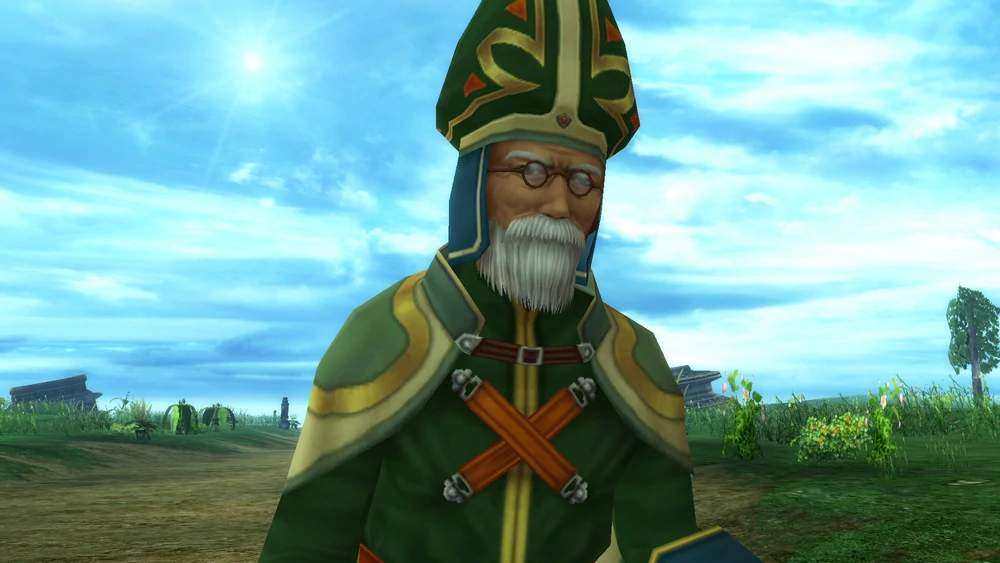 Who says Final Fantasy X doesn't have god voice acting? Maechen is always a delight to listen to as he recalls Spira's past - it's always insightful to sit and listen to him and a great way to feed in exposition with it being tedious or in data-logs.
You must log in or register to reply here.
Share:
Facebook Twitter Reddit Pinterest Tumblr WhatsApp Email Share Link
Top