Slay Sir Ian of the Gorge the Iron Giant!

Meet Sir Ian of the Gorge. 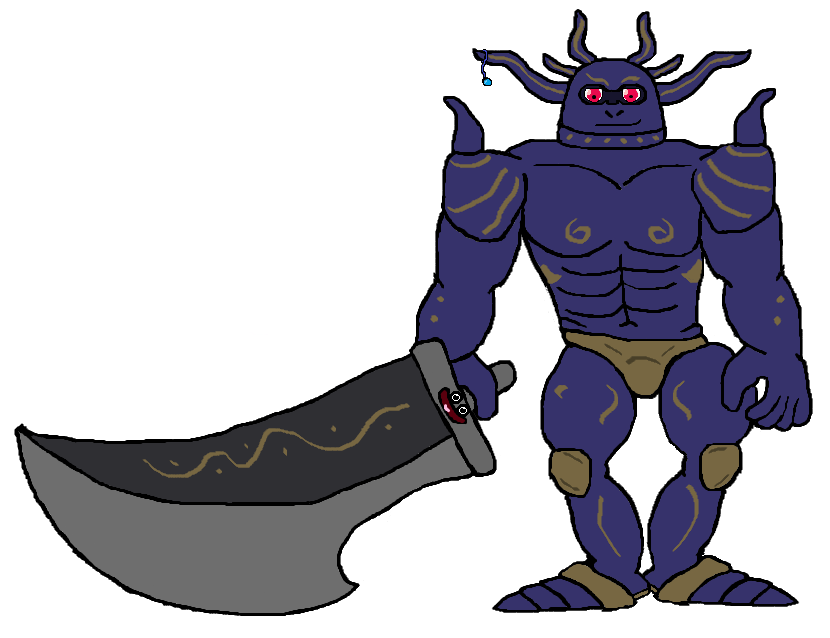 Sir Ian of the Gorge is an Iron Giant who was knighted and tasked with defending the Gorge.

Sir Ian was delighted with this opportunity to prove his valour. However, for thirteen long years nobody ever attacked the Gorge. Not even a lost rambler cared to go near the Gorge. Apparently Final Fantasy Forums has been blocking the way.

Bored and disheartened, though still endeavouring to show off his mettle, Sir Ian of the Gorge has abandoned the Gorge! Armed with his enchanted, semi-sentient sword (named Squire Samuels), The Iron Giant is marching straight towards FFF to bravely commence battle with us!


Example:
Someone may post...
‘Sir Ian of the Gorge encounters a flying can of weaksauce and is forced to drink its contents, feeling very weak’ 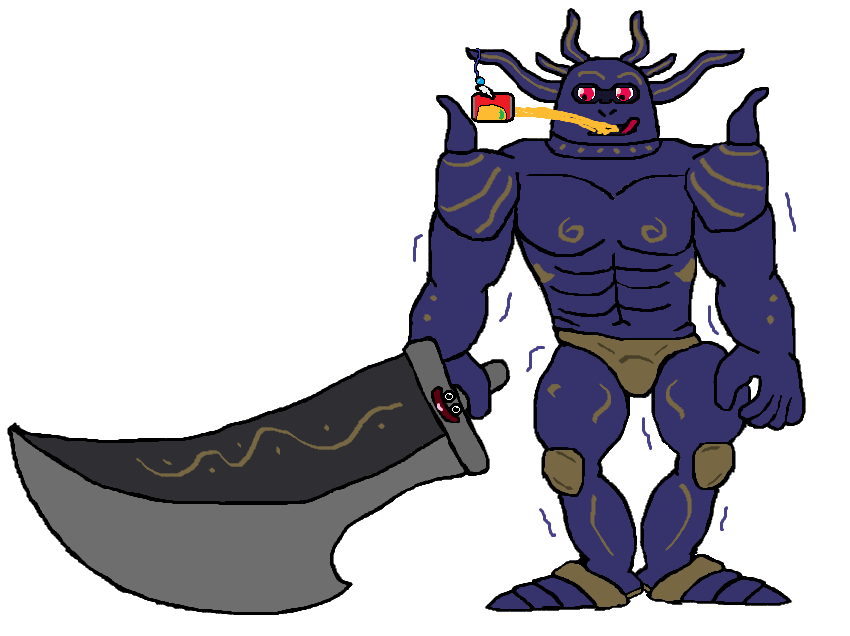 Be creative! Be warned though, Sir Ian is made of iron and can withstand much. You can track his current status at the bottom of this post.

To give order to this game I will be using dice to determine how much Sir Ian has been damaged for each attack. (I will be using this website for the rolls: http://www.random.org/dice/).

Sir Ian has a starting HP of 50. Each attack will minus whatever a single die rolls to Sir Ian's HP.

Each person can only attack only once until the next calculation period. These calculation periods (or Turns) will essentially be whenever it is that I have been able to draw Sir Ian's injuries and calculate his current HP.

Sir Ian will also be healed during a Turn. 2 dice will be rolled and the sum will be added to his health! Kill him before he regenerates!

The person to land the death-dealing blow on Sir Ian will be crowned the winner. The player who deals the most damage throughout the entirety of the game shall also get a prize.


Some further rules:
Do not ruin this by requesting naughty things to be done to Sir Ian. Anything too rude and vulgar to depict in drawing will be ignored.
Also, any crazy commands such as ‘decapitate Sir Ian!’ or 'Thanos snaps his fingers', while they will be drawn, he will not be insta-killed by such moves. The ‘healing dice’ of a Turn will do much to restore him. 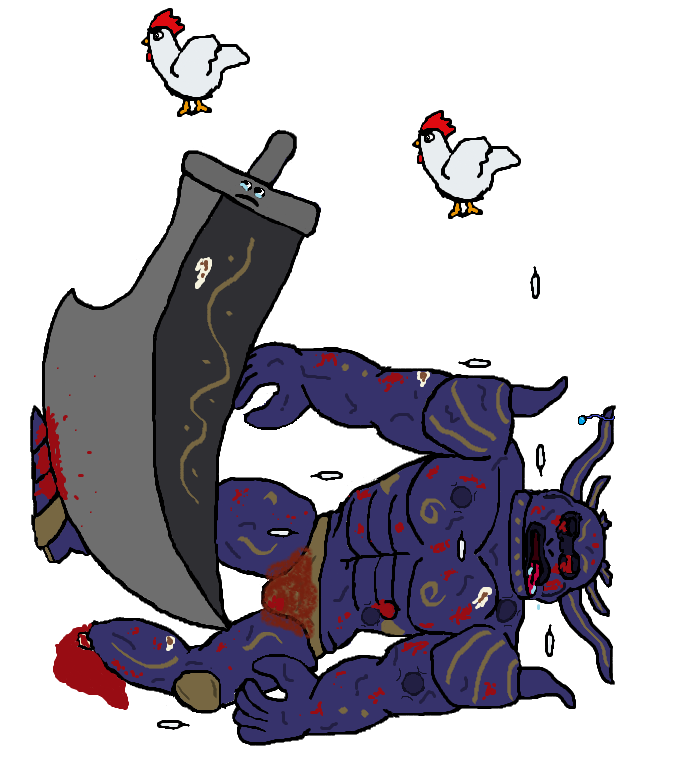 I watch as Gorge gets struck by a lightning bolt after getting 199 straight lighting dodges in the Thunder Plains.

Kira Frazer dropkicks him in the eyeball.

*Tosses a bucket of mixed salty water, vinegar, and hydrogen peroxide on Sir Ian's crotch. Then screams, "manspreader! and runs away.*

*Places the hilltop cow next to Sir Ian in the hopes that he is feeling particularly frisky. Or violent. Or both.*

Sir Ian pays Gil in advance to book for a soothing back massage as a relaxing way to end a rigorous week. Unfortunately, his masseuse has no idea what she's doing and poor Sir Ian will never walk with a straight back ever again after this.

Shaissa has decided to join the fight against Sir Ian, and drop kicks it! 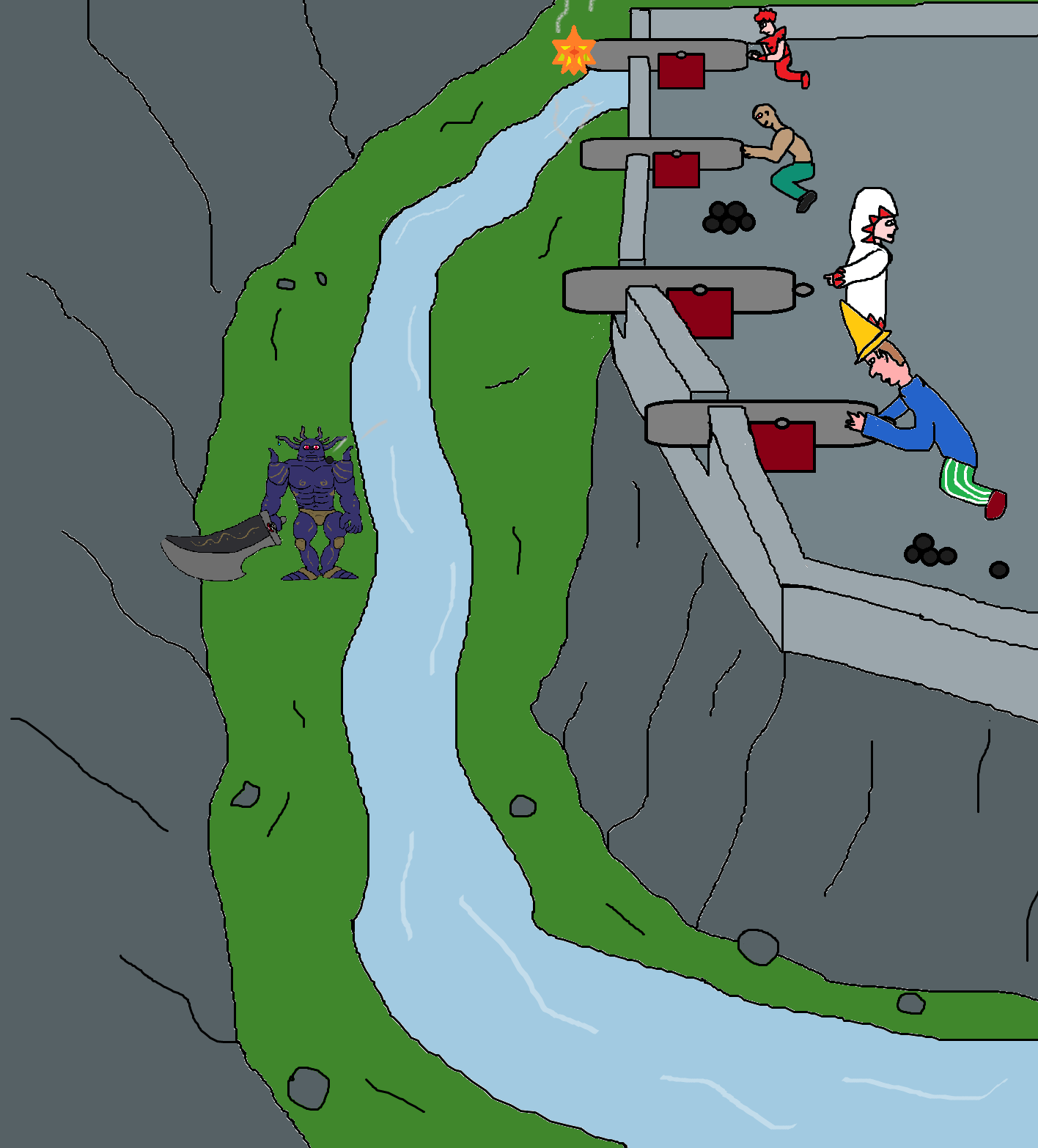 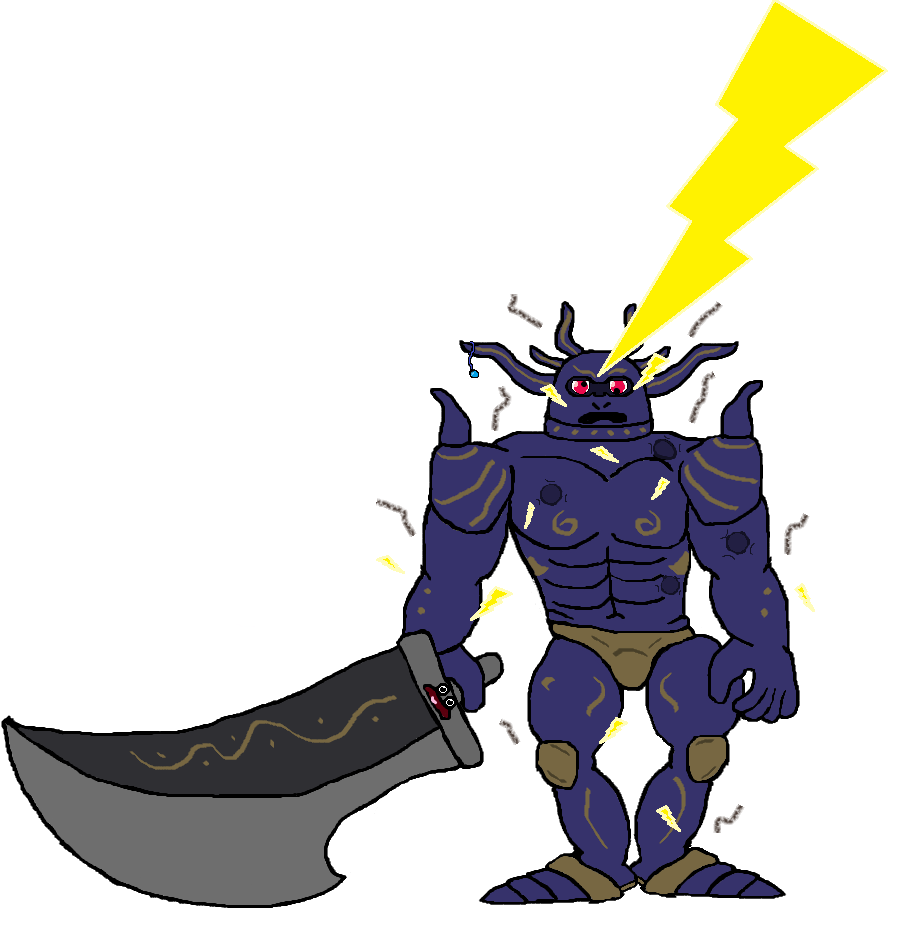 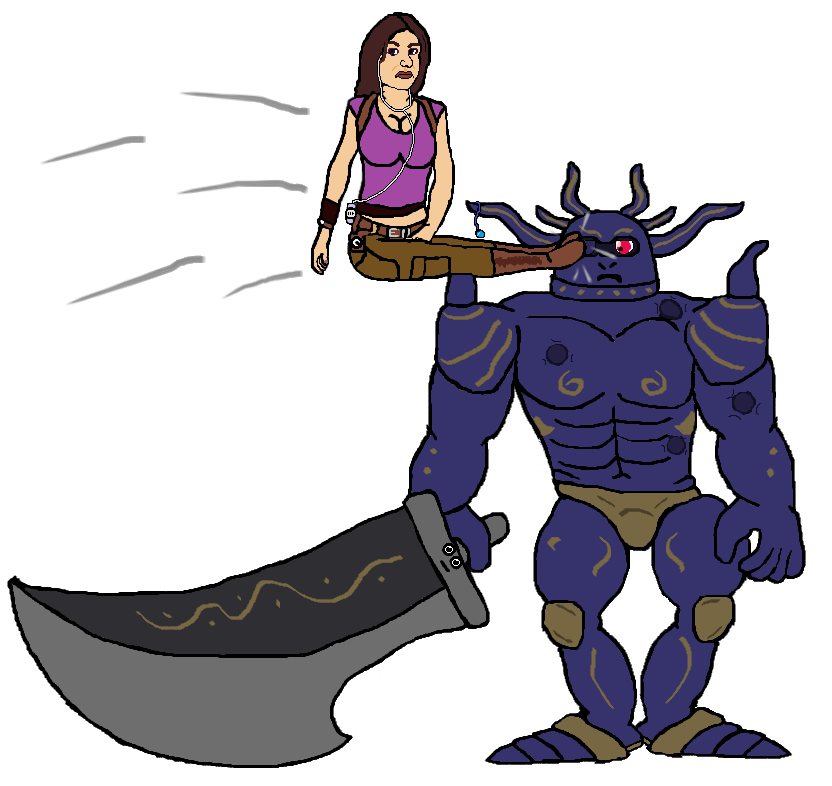 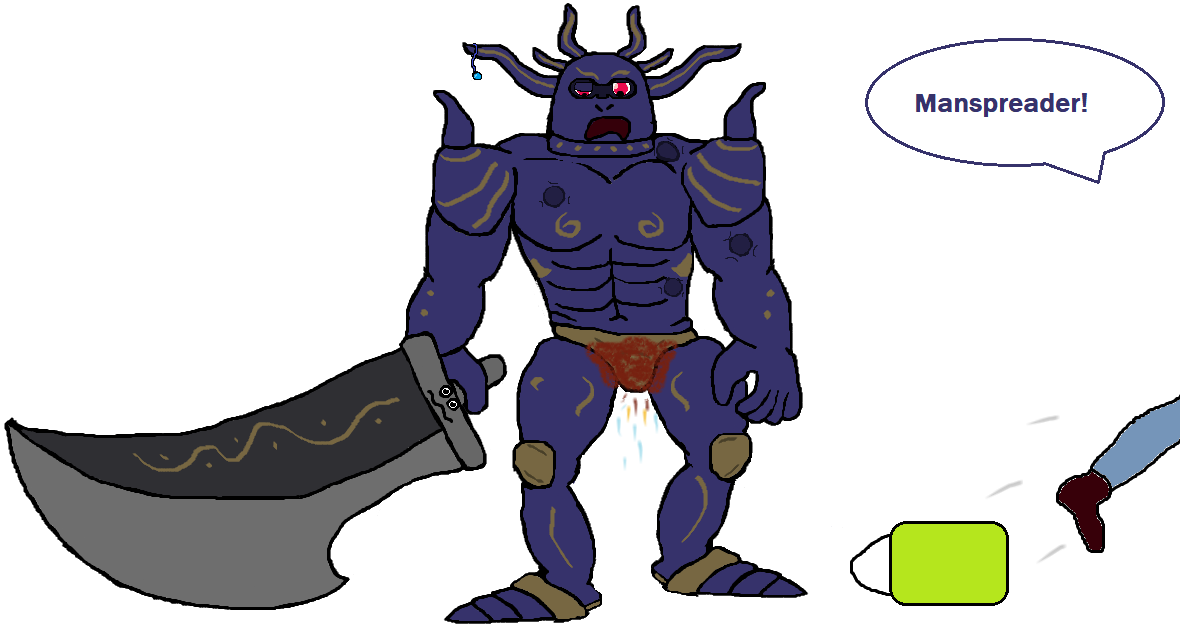 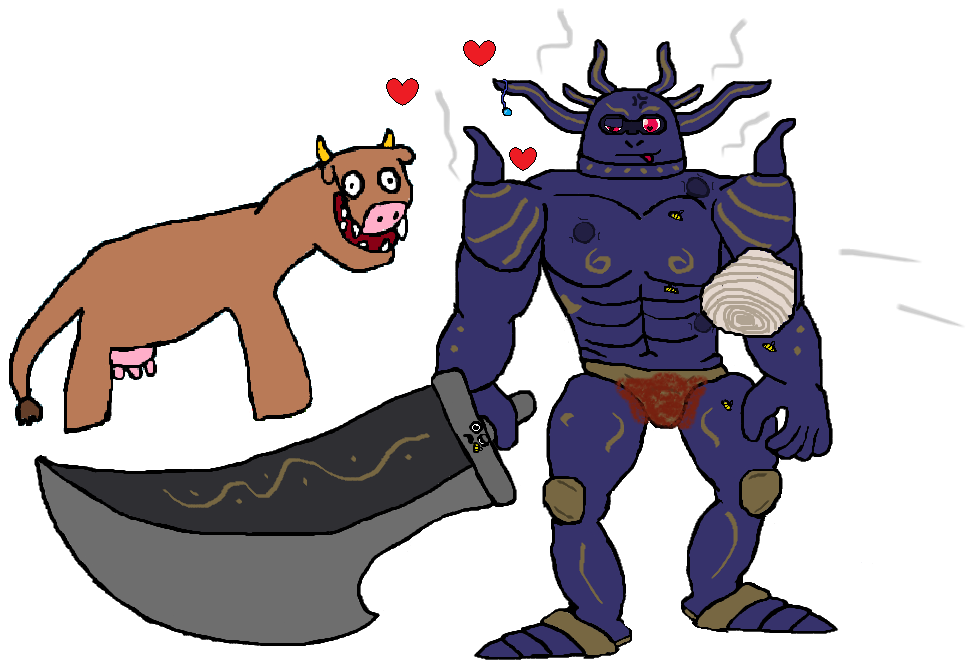 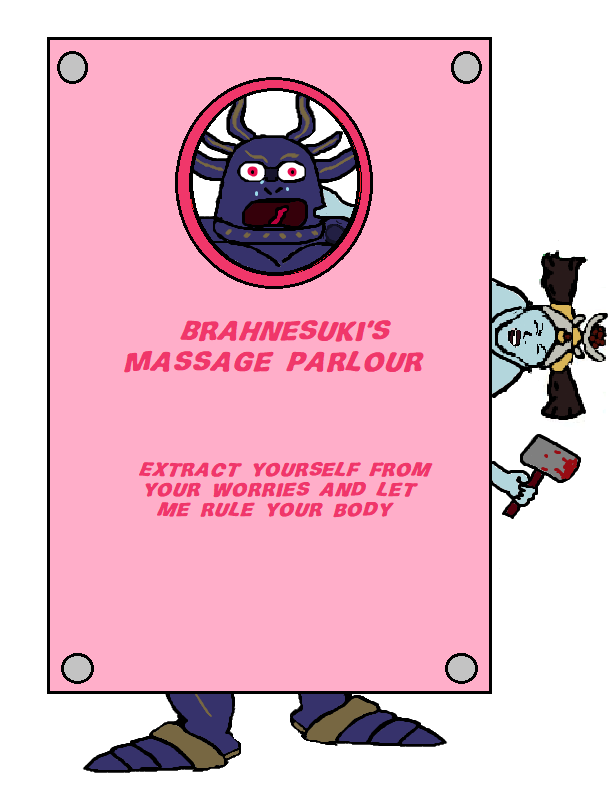 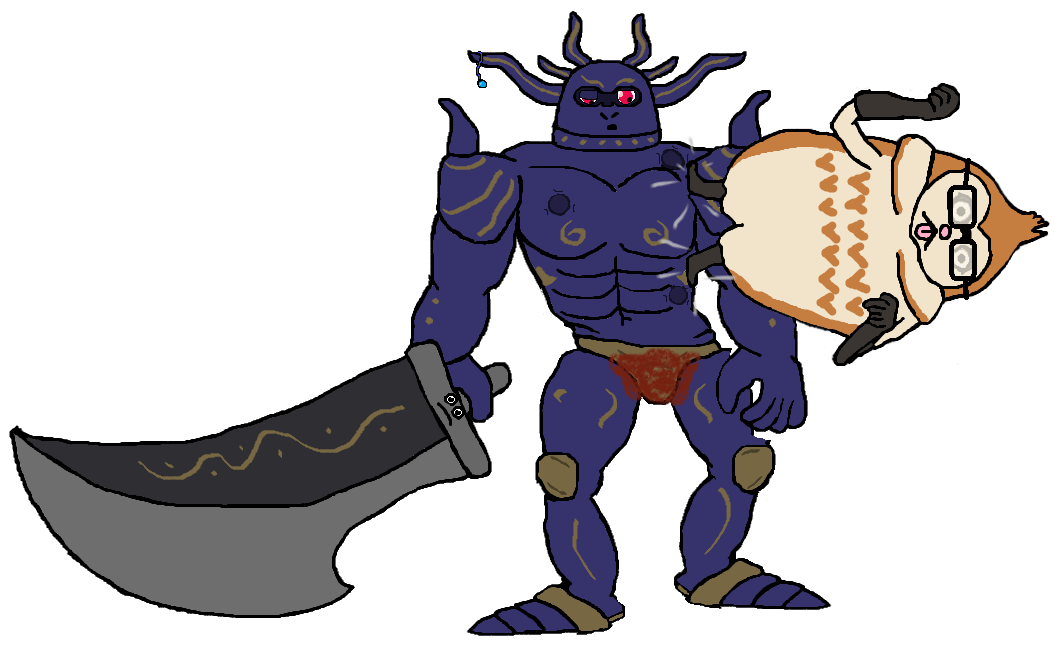 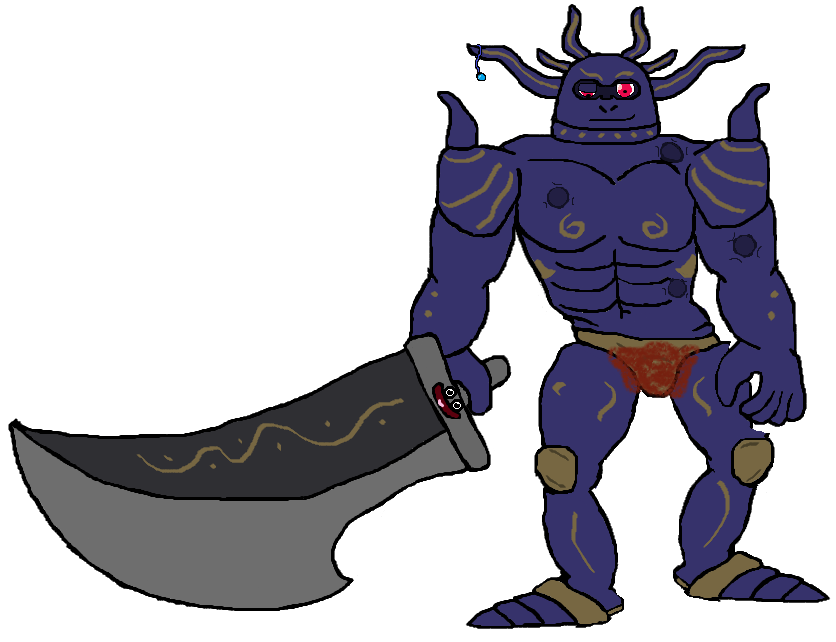 Vana (see here) scratches out one of his eyes.

Sir Ian attempts to eat a pizza with a knife and fork only to find himself on the receiving end of a few pitchfork-wielding zealots who believe any method of pizza consumption other than with hands is a sacrilege.

Sir Ian comes across a random sandwich in the grass and decides to eat it - but it has peanut butter in it, and Sir Ian is severely allergic!

Our Ian decides he enjoys a good night out with his pal Jinx. Unfortunately, her lovely kiss has been near a malboro and is a wee bit toxic

The past victims of this game come from... Wherever they're resting and haunt Sir Ian telling him he is next

Sir Ian doesn't pay enough attention to his environments and steps on a cactuar while walking! But fear not, this cactuar avenges himself, so the foot of Sir Ian is full of the angry cactuars spikes. 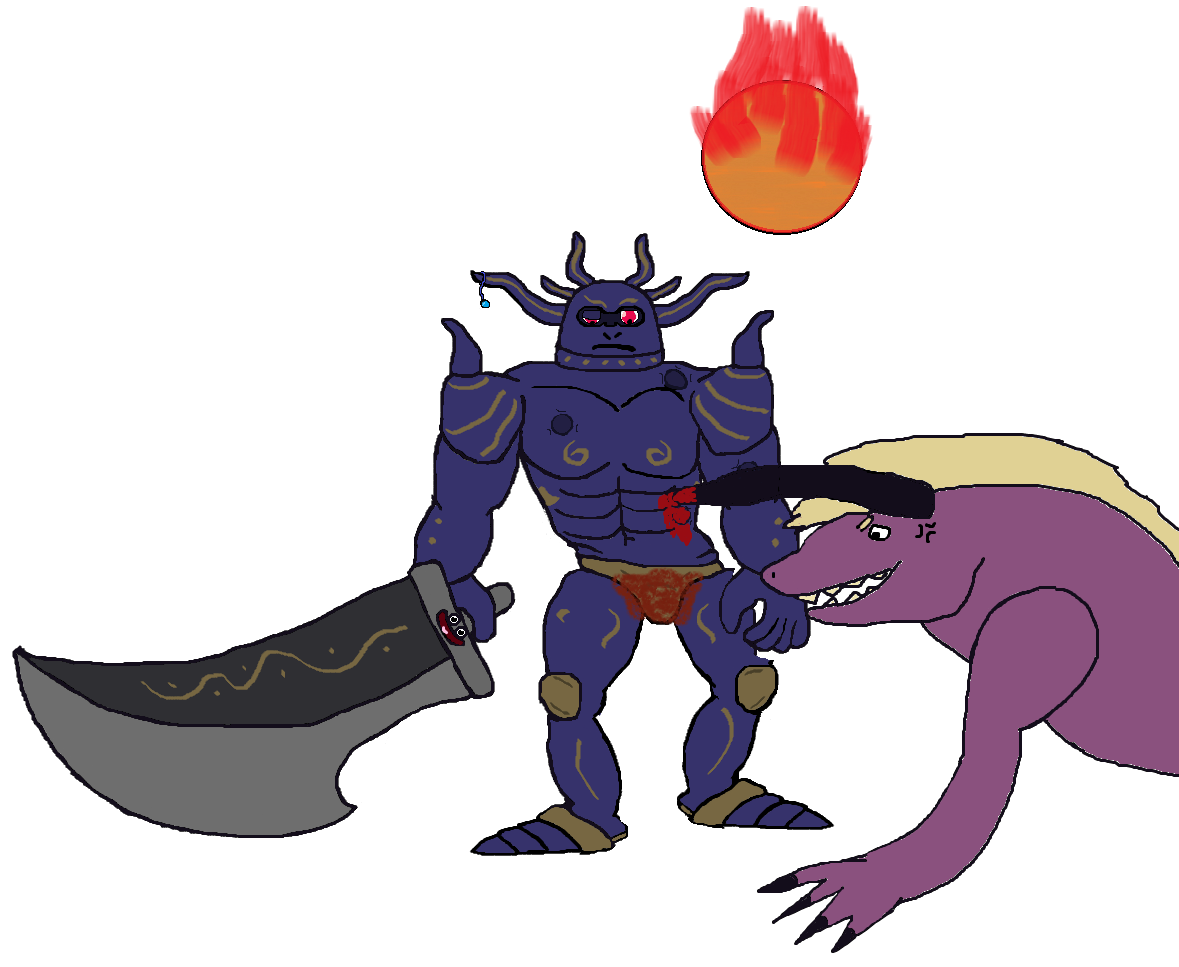 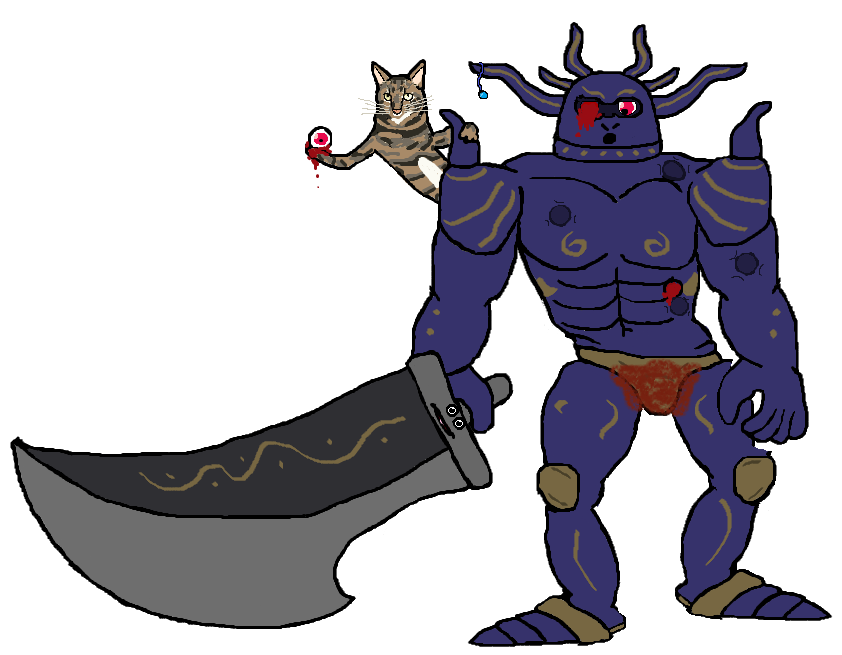 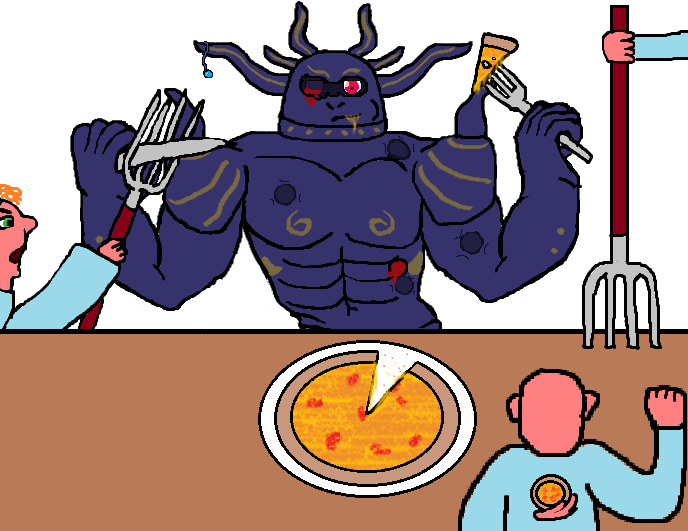 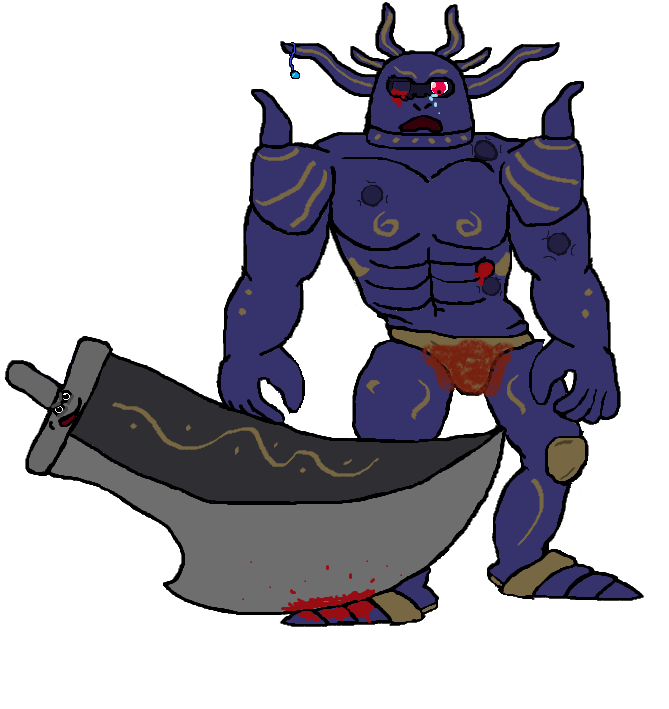 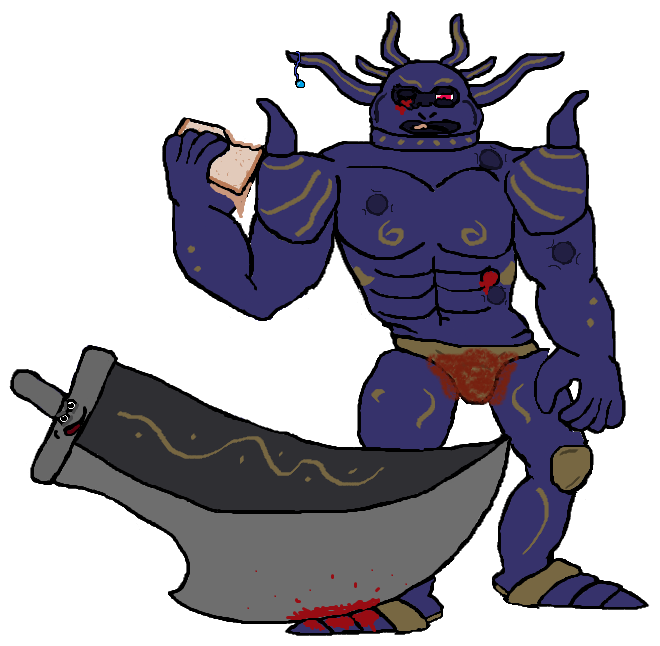 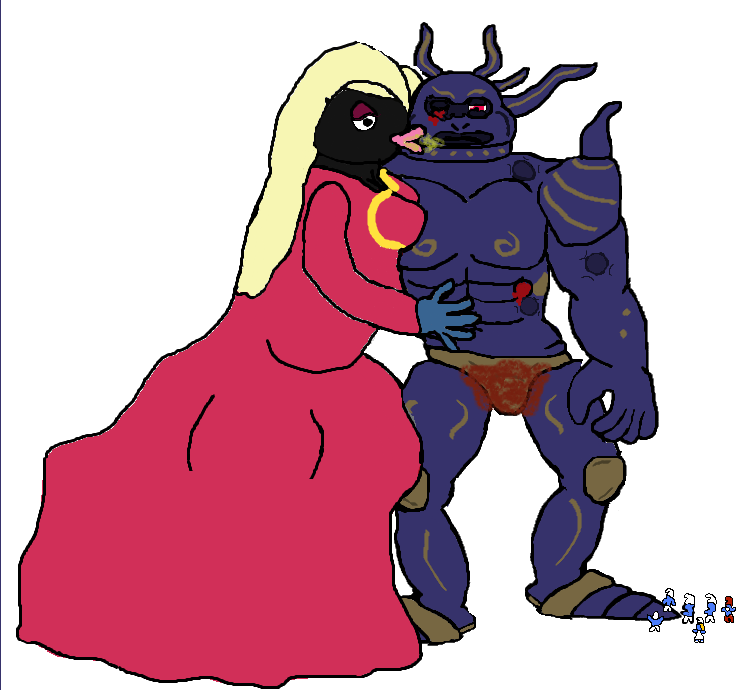 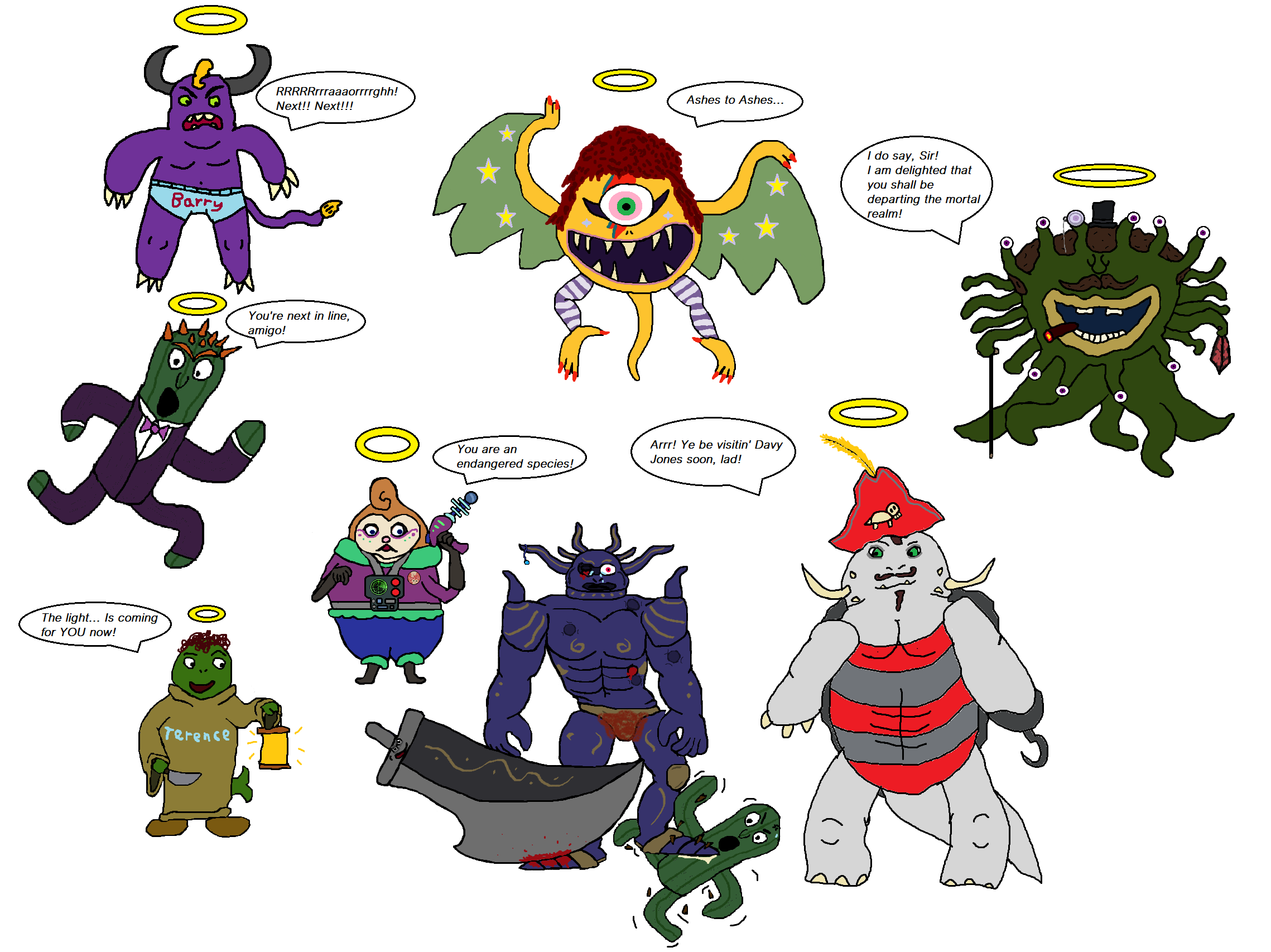 *Past victims from the Beat the Monster series: Barry the Behemoth, Terence the Tonberry, Carlos el Cactuar, Mortimer the Malboro, Andre the Adamantoise, Azzy the Ahriman and Phay Z'or the Paissa. 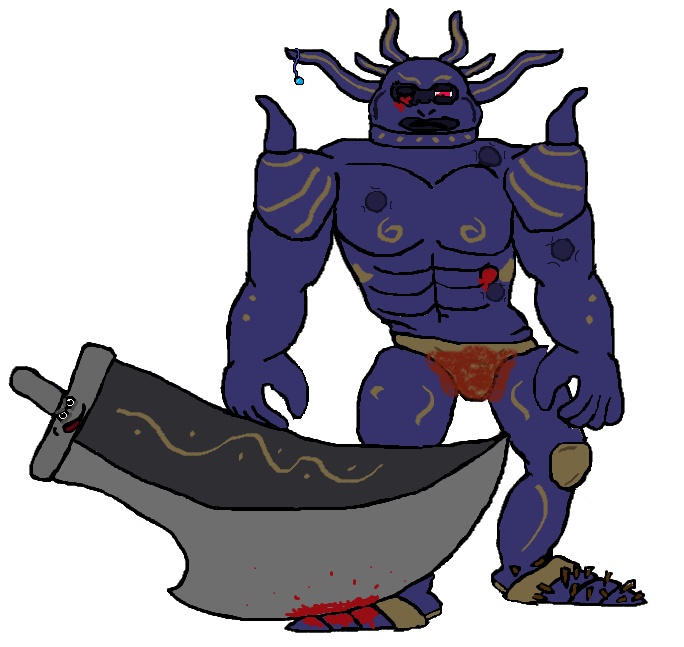