Raids/Trials/sidequests. When is the best time to do them?

So I realised that I have loads of uncompleted raid quests for both A Realm Reborn and Heavensward (I haven't got Stormblood or Shadowbringers yet). I'm primarily referring to all Bahamut coils (aside from the first) and all Alexander raids.

I was initially content with waiting to do these when it was convenient to me... That was until during a main story quest mission on one of the Heavensward patches I met Alisaie. Now I was rather surprised to actually see her for once as to my knowledge she has been largely absent from the game, but she implied that I should have been helping her with Bahamut coils, etc.... So I felt like I'd therefore missed the correct point in the story to have completed those raids. Now completing these raids would be non-canonical as the rest of the story will have progressed already.

I've tried to do a few but I found myself in a queue for far too long and eventually gave up as I needed to go to bed. At the same time, I don't want to complete the story in the wrong order.

So my question is this: when is the best time to do raids in the story? As soon as they become available? At any time? Does it matter much?


The fact that I don't know the maps at all when most people storm through these dungeons and I tend to be left behind is besides the point...

Honestly for the Coils and Savage content you'll need a group of people to do it. The odds of finding anyone doing it in Duty Finder are really slim since there is no incentive for doing it. If you REALLY want the trophy for doing T5 though you could always make a Party Finder group and make it unsynced and advertise that it's your first time. The boss will get melted in seconds with how far gear has gotten now.

As for the Normal Mode content(For HW and eventually SB) you can use Duty Finder for that and get a group decently quickly since that's on a roulette and plenty of people que for that.

Finally I'd say do them as soon as you meet the ilvl requirements. Some of the fights are really fun and worth experiencing at least once. 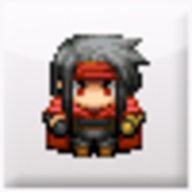 Coils are so easy to do unsynced! I can help you if you need!
J

Don't bother with the old Savage versions. I believe it's a separate quest unlock anyway, but it's not terribly worth trying to get a group together for the old fights - most people won't want to bother and if they do, they'll want to unsync them... which kinda defeats the purpose unless you really want a glam.

As for normal/story modes, I would highly recommend trying to get through all 12 Alexander floors before Tuesday. Right now people are running through even the normal modes in preparation for the level 80 Alexander Ultimate raid that's releasing next reset, so it's the perfect time as queues are somewhat decent at the right time. We'd totally be down to help you with that too!

Regarding Bahamut, you won't be able to queue for anything through the duty finder so you'll have to make a PF for those (and you'll have to unsync them anyway which means they'll die in like 30 seconds), but honestly at this point if I were you I'd just leave it to last.

but aside from a few mentions in the MSQ here and there it doesn't terribly matter either way when you do them.

It's such a shame that the raids in this game are only unlocked at end-game. I think it's hard to really appreciate the combat and just the way the jobs work and synergise until you jump into them - notably the savage versions while they're relevant. It's like an entirely different game that people don't even realise they're missing. Arguably the best part of the game.

Yeah, I admit I forgot about the Bahamut raids entirely soon after I discovered them. I ploughed through the MSQ of the ARR patches and then I did the Crystal Tower alliance raids (which also have a story which would make little sense if left too long, I suspect) then I went straight to Heavensward and forgot about the Bahamut coils until those small references to them in a quest.


I might leave the Bahamut coils until later since I've left them so long. It doesn't matter much at this point. As you say, I could give Alexander a go. I've always been interested in seeing with my own eyes how they deal with Alexander in this game.

If anyone is around at some point today or tomorrow then I wouldn't turn down a few raid buddies to hold my hand fight beside me with pride @Ross @shivas
If not, as you say, Alexander might be easier to find parties if loads of people are trying to run through it before the new update.

I'm available whenever!! lemme know when you're free today

Another thing I've noticed which isn't so much to do with a raid questline, but it relates to the OP.

Now I have already completed the MSQ for Shadowbringers and have started post-Shadowbringers patch content. Where I am at in the story Urianger and other Scions are in the First (or at least an aetherial projection of them is while their unconscious, severed bodies remain comatose in the Source). Urianger has a brand new look and I'm digging it.

Meanwhile, I realised that I had yet to complete the ARR Extreme versions of the fights for Titan, Ifrit, Garuda, Leviathan, etc... See where I am going with this? After beating each of these advanced forms of the Primals the quests led me back to the Waking Sands to report to... Urianger. Not only does he now have his body back, but he is back to his former robes and occupying the library of the Scions' former base.

This is a terrible consequence of playing ARR content at the same time as Shadowbringers content, and it annoys me more than I'd like to admit!

I'm having to correct the timeline in my head in order to fix the anomaly. I believe I have defeated all of the Primals and am no longer prompted to find more (I'll have to Google to check if this is true), and yet Urianger's doppelganger remains alive and well in the Source in the Scions' old library whilst the Urianger of the present is trapped in the First.