Mostly because I need to get it off my chest, but...

I've just died for the third time trying to capture 10 of everything in Omega Ruins. I've got a little habit of doing a full lap all the way around the ruins and then spending all my levels when I get back to the save point - the whole thing takes a good half an hour or so. Doing it like this you get well into double figures of levels for each character, which I get an odd satisfaction out of when I'm spending them on the sphere grid.
But, like I said, for third time I've been killed by a Malboro when I've got within touching distance of the save point, because for some reason Confuse Proof doesn't make you immune to it. Then it's just a slow, painful death of watching everyone kill themselves. And I'm just so worn out. I had a couple of people at around 25 levels, and that's all gone to waste now. I've only got the rarer enemies left to capture now (I think just Malboros, Tonberries and Elements) although now that I've got to jump back a considerable amount I don't know where I'm at.

I'm seriously so fucking tired of Omega Ruins, I can't wait to be done with it. Even though I've got a couple more areas to go afterwards, and then I need to do a shit load of grinding and farming at the Monster Arena, I don't think anything will be more frustrating or soul destroying than this. 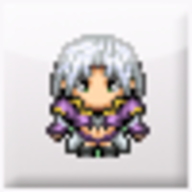 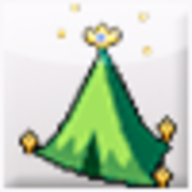 Nothing worse than a bloody malboro death! Feeling your pain

I've added Help tags to help get this thread noticed.

Unfortunately I'm not very familiar with the gameplay aspects of FFX's optional content. I've asked on your behalf on our Discord and those who did it suggest that they may have just been luckier with their stats before encountering Malboros.

That sounds like a nightmare. I would have thought that Confuse Proof would have been enough to mitigate that aspect of Bad Breath. Do you have anyone with the First Strike auto-ability? If you are able to get in there first and provoke the Malboro before it can belch all over you then you might have a stronger chance.

It wasn't really something I was looking for help with, I just wanted to vent a bit. Thanks though.

I managed to get 10 of everything this morning, finally. I had one more annoying death in Omega, and spent ages on Gagazet. Now on to farming gil at the Monster Arena to be able to bribe Malboros for Wings of Tomorrow. I reckon I need about 20 million gil... Ugh...

YYyyeeeaaahhhhh those things suck in every game in the series. lol.
I remember in FFVII as a kid I basically prayed I wouldn't accidentally run into one.
They look straight up Lovecraftian to me,

Everybody's got their own way of grinding in these games, that's part of what I like about them.
My way is I just throw an album on to listen to and run around in circles near a save point in case I need to use a tent, and I save every few battles.

A high agility and Quick Strike might help. With it at max with Aauron (I think, I might be wrong), there's a way to get 1 person to have the initiative before they hit you with Bad Breath. Having Ribbons would help, although I can't remember if Ribbon exists in FFX, it's been some years.

The Agility and Quick Strike routine is also how I beat Nemesis after you catch 10 of everything, so I might be wrong on that. Like I said, it's been some years.

No problem! Venting is fine too.
I'm glad you finally managed to beat them. Malboros are a nightmare.


Daenoxiis said:
They look straight up Lovecraftian to me,
Click to expand...

I love to hate them, myself. I'd be sad if they get dropped from Final Fantasy entirely, but I also have Vietnam flashbacks when I reflect on my experiences with them, and when I encounter them I know I have to be at my best.

Dionysos said:
I love to hate them, myself. I'd be sad if they get dropped from Final Fantasy entirely, but I also have Vietnam flashbacks when I reflect on my experiences with them, and when I encounter them I know I have to be at my best.
Click to expand...