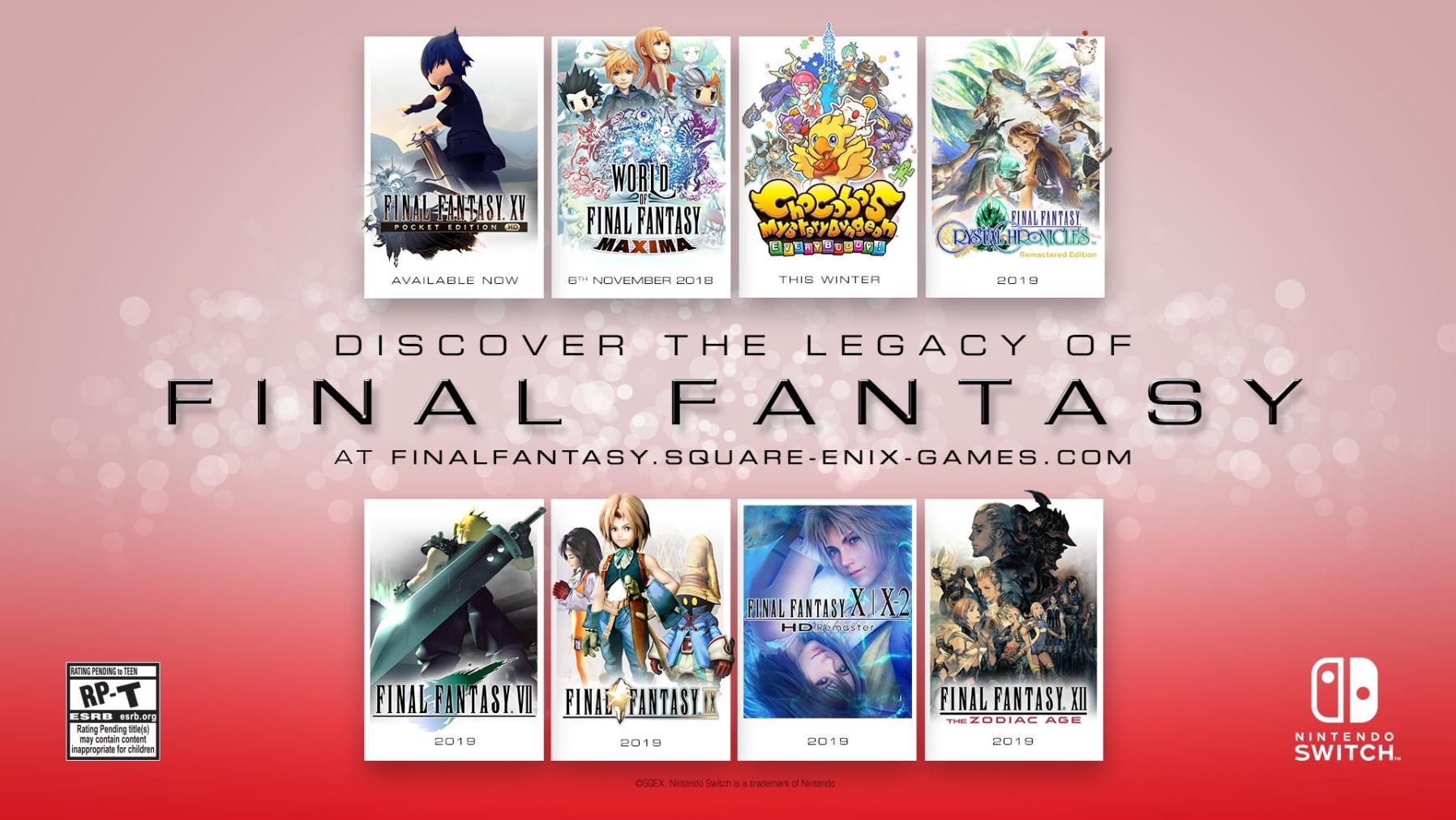 Square-Enix want to make it up to Nintendo console fans. For too long they've been starved of Final Fantasy releases and with the exploding popularity of the Nintendo Switch and the very recent success of Octopath Traveler, perhaps now is the time to once again bless Nintendo with a considerable catalogue of ports. These range from core mainline entries to a few lesser known spin-off titles.

As you can see from the list above, the full collection of 2018/9 ports hitting/due to hit are (included are tentative release windows and listed systems):

Once inside, the creature purportedly forces slumbering victims into drinking vials of a mysterious substance known only tentatively as 'Fantasia'. Once ingested, it takes only 3 hours for the effects to fully take hold. The unsuspecting victim will wake to find themselves a Lalafell...
World of Final Fantasy Maxima - Will this be released physically on PS4? Looked on S-E's US site which only had the Xbox version listed.
Oh, noooo! After seeing this and the new Eevee/Pikachu limited edition console, I really need to buy a Switch!!;___;