KupoCon, Mind the Pom: A write-up 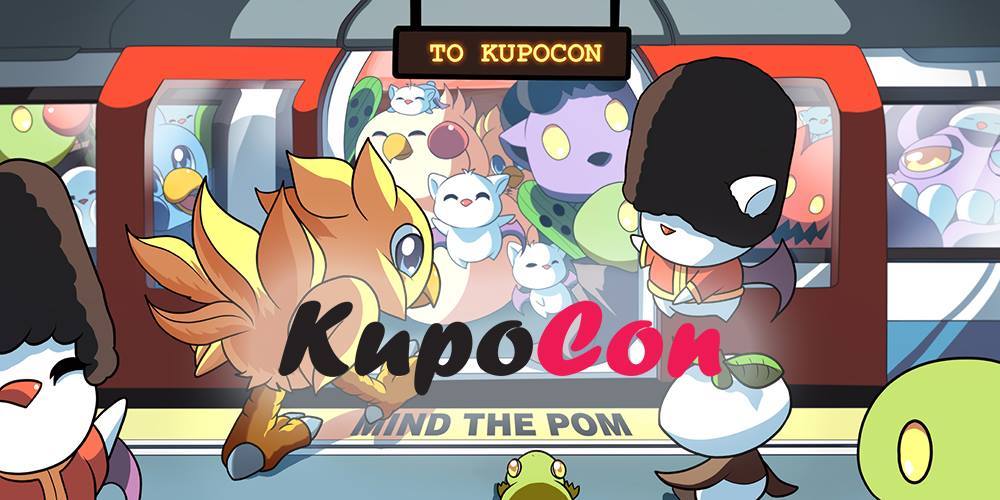 A little over a week ago the KupoCon event in London (named Mind the Pom) proved to be a huge success.

I figured that a write-up of the experience is very important as I truly believe that every Final Fantasy fan needs to seriously consider letting KupoCon into their lives.

If for some reason you still aren’t sure what KupoCon is by now then check out the main thread (here), and the KupoCon website (here).

To be brief, KupoCon is an unofficial Final Fantasy fan gathering and not a convention in a conventional sense. At Mind the Pom there were artist and fan merchandise stalls, magnificent cosplayers, and there were special guests. Other than that KupoCon was self-aware that it was more of a Final Fantasy themed party than a standard convention… And it was great!

The organising team (led by Alex Maine, the father of KupoCon) cannot be faulted in presenting an enjoyable and inclusive event. Every attendee could collect a timetable of events and were encouraged to participate in a number of insane activities. There was the option for free roaming too, of course, but participation was strongly encouraged and rewarded.

TriPom cards (based on Triple Triad) containing artwork by Wavechan were generously given for free upon entry and upon completion of various tasks, and they could also be traded with others at the event. This worked brilliantly in giving people something to work towards without being too much of a distraction. It also meant that KupoCon was relatively kind to people’s wallets. With freebies it was possible to not need to buy anything to enjoy your day, and some of the fan-made goods that were on sale were inexpensive.

The activities themselves were enjoyable enough to not need any reward (really we were spoiled!). The KupoCon team had us replicating Cloud’s squat exercise scene, feeding Quina Quen with frogs, doing Yevon Yoga, and much more! It sounds crazy because it truly was. Nobody was forced to embarrass themselves if they didn’t want to, but many people overcame their inhibitions to participate amongst friendly folk who shared their passion.

KupoCon was also enjoyable for the impromptu moments. Before the aforementioned Quina Quen activity had started, Quina had noticed a Cup Noodle cosplayer, ran towards her to eat her, and then was chased in return by said cosplayer to the other side of the room. It looked like Quina was having a nightmare where food fights back. It was an excellent, unscripted, self-contained little episode which helped highlight to me that KupoCon was something very special.

So what else was there? FFFers might remember @MakoMod’s excellent mod of a PlayStation made to look like Midgar from Final Fantasy VII. Well, MakoMod allowed an improved version of the Midgar PlayStation to be on display for everyone to see at KupoCon, and it looked magnificent! 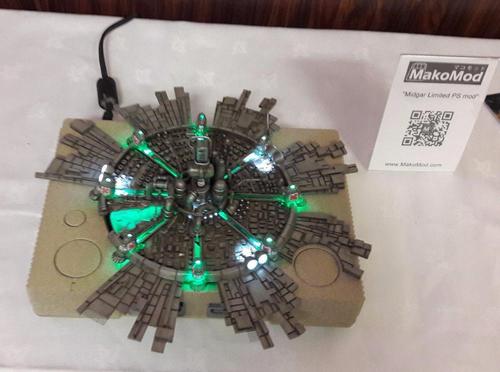 ​
M.J. Gallagher, the author of popular fan novelisations of Final Fantasy VII was also present, with printed copies which he was willing to sign. Additionally, various popular streamers and Final Fantasy communities were present. KupoCon afforded them an excellent platform to mingle.

If you’re familiar with the Kupocasts, Nerdstrodamus continued to do an excellent job at presenting the event, motivating people during activities and hosting panels and a live Kupocast.

The special guests at Mind the Pom were Ray Chase (voice of Noctis, Final Fantasy XV), Jon Campling (motion capture actor and likeness of King Regis, Kingsglaive) and Liam Mulvey (motion capture actor, voice, and likeness of Libertus, Kingsglaive). The trio featured in a panel (and were also present in later panels) giving enthusiastic accounts of their experiences, and unlike many conventions there was space for every attendee to witness the panels on this occasion, such was the cosiness of the event. The special guests then spent hours signing and having photographs taken with nearly everybody. Afterwards, rather than dashing off and going home, they stayed, mingled, posed, danced, and by the looks of it had the time of their lives too! Their patience and willingness to interact with their fans in the way that they did throughout the day should be commended.

If you go to a future event, don’t expect KupoCon to be an impersonal experience like many conventions. The amount of fun had by everyone at Mind the Pom was unbelievable, even if you travelled alone. I didn’t notice anyone having a negative experience, but it did turn people rather mad (good mad). At the evening event (which I regretfully missed) people were doing the Manderville dance during a conga line for goodness sake!

I strongly believe that KupoCon should be the place of pilgrimage for all Final Fantasy fans. KupoCon is our Promised Land!

So thank you, @KupoCon.