Is Final Fantasy X generally considered one of the lesser successful FF games?! 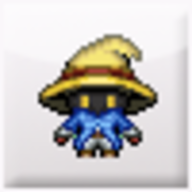 Watching a Wat Culture video last night, they were talking about games released at the wrong time & featured Shadow Hearts on PS2 - Because it went toe to toe with the release of Final Fantasy X. But then the commentator went on to deem Final Fantasy X as one of the lesser regarded title of the series... Am I mad or is that complete BS?


I always considered Final Fantasy X to be among the highest regarded of the series and often stated as the last true Golden Age FF experience - Before Squaresoft turned into Square-Enix.

Gematsu - Capcom sales update
But having recently being baffled at how Capcom's highest selling title is the recent monster Hunter World - At 14+Mil. Maybe my perception on this is completely wrong... or that is complete BS as I surmise

I do sometimes like What Culture videos, but they do get many things wrong. Calling FFX ‘Final Fantasy Ex’ for a start!

I would not have considered FFX one of the least successful titles in any category. It was both a financial success and was also a hit with the fandom. Titles which could be argued to be more divisive are titles like FFXII, FFXIII and FFXV and even these have enjoyed tremendous success.

As Wikipedia puts it:

Final Fantasy X was both a critical and commercial success, selling over 8 million units worldwide on PlayStation 2. It is considered to be one of the greatest video games of all time. On March 13, 2003, it was followed by Final Fantasy X-2, making it the first Final Fantasy game to have a direct game sequel.
Click to expand...

That's very much a successful title.

In terms of love and affection in the years after its release, I would argue that it has had one of the largest impacts on the franchise. It kickstarted the PS2 era like FFVII kickstarted the PSX era. Granted, it could never compete with FFVII in the hearts of most fans, but it also doesn't need to compete with an excellent game for itself to be labelled an excellent game by its own merits.

I’ve been to five KupoCon events and at all of them I have seen Yunas, I normally see a Tidus, and I have seen multiple Jechts, Kimahris, Lulus and Wakkas. It has many, many fans out there.


I think What Culture are very wrong on this point.
I

Vivi-Gamer said:
I always considered Final Fantasy X to be among the highest regarded of the series and often stated as the last true Golden Age FF experience - Before Squaresoft turned into Square-Enix.
Click to expand...

Mind you, Squaresoft was the American publishing division of Square (you might know that already). Also, the merge with Enix happened AFTER X-2 was released in Japan. Just so you know.

But to answer your question, the notion made in the thread title is totally wrong; FFX IS indeed one of the series' most critically and commercially successful entries, and is considered by many fans to be the last truly great game in the FF franchise.

You know, I honestly wonder why Squeenix never considered co-developing all FF titles following X-2 with Mistwalker, the company that Hironobu Sakaguchi founded in the wake of Square merging with Enix...now THAT certainly would've kept the series afloat, wouldn't it? Or maybe not? Heck, I dunno...