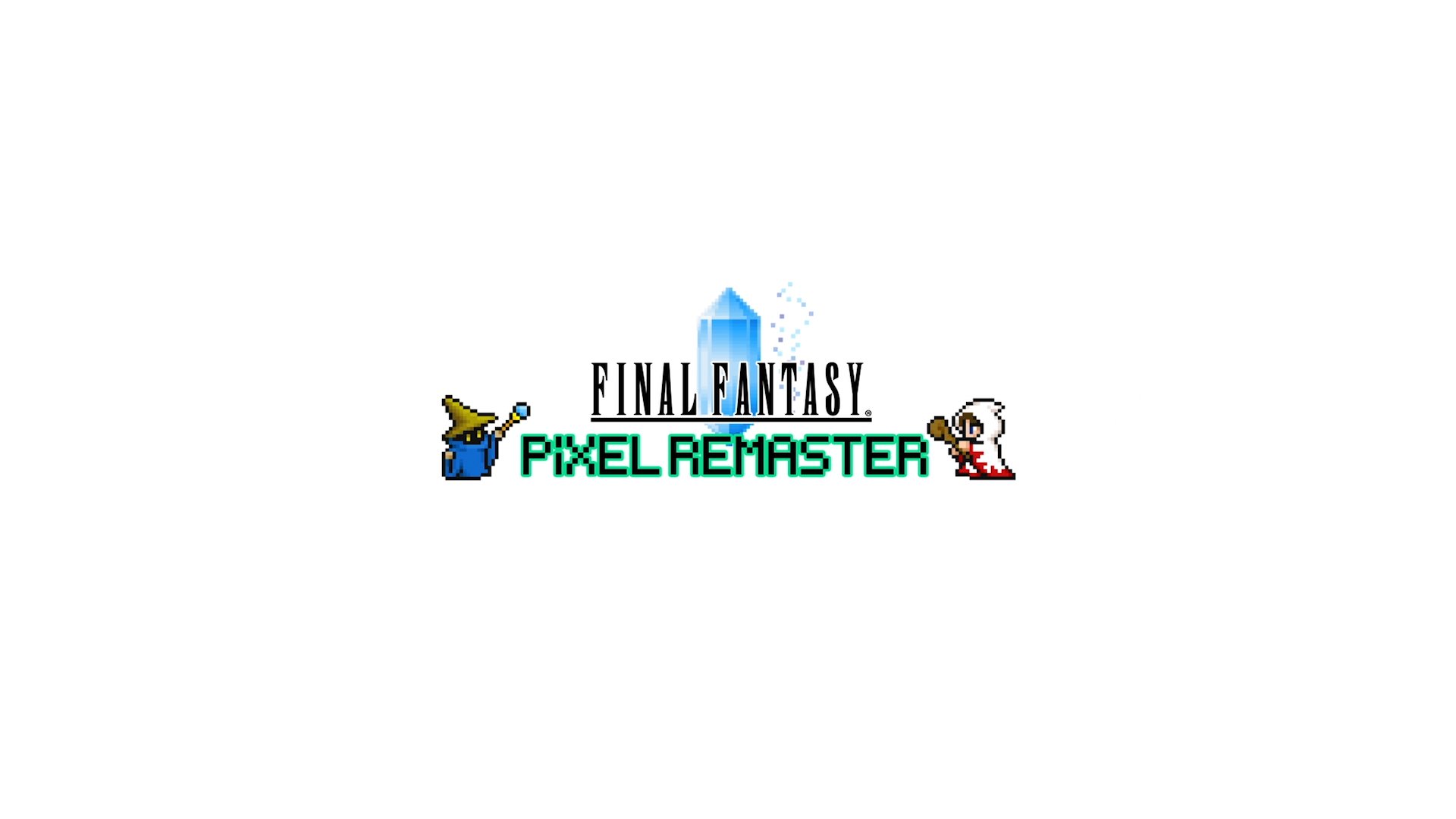 Good news! Fans of classic Final Fantasy games can soon look forward to remastered versions of the original six mainline installments in all their wonderful pixel glory. Titled Final Fantasy Pixel Remaster, this will be a series of individually sold upscaled versions of Final Fantasies I through VI, including Final Fantasy III, whose 2D version has never received an official western release.

Not so good news for fans looking to experience these six remasters on consoles, because this is slated to release only on Steam and mobile platforms.

Once inside, the creature purportedly forces slumbering victims into drinking vials of a mysterious substance known only tentatively as 'Fantasia'. Once ingested, it takes only 3 hours for the effects to fully take hold. The unsuspecting victim will wake to find themselves a Lalafell...
I still think the PSP versions of I, II & IV look better but this is certainly a decent package - How I wish this would be released on consoles too...
for the first time ever we are getting FF3 in 8-bit or 16-bit style fashion. We only had access to this version accessible through ROMs. A Wonderswan version was planned but was canceled. So this is big news that SE is allowing us to play a version of FF3 we never officially got before.
I thought I'd already commented on this, but clearly not.

On the one hand this is great because there will (finally) be a copy of the original version of FFIII accessible to the western market. It is the only mainline game I have not played myself, but I recognise its valuable contribution to the Final Fantasy mythos and do cite it often. I lacked a DS, etc, so never managed the 3D remake.

So on the one hand, it is great to see this coming here.

On the other hand, I feel like this is a missed opportunity because being limited to Steam and mobile platforms will mean that fewer people will play these games than the games deserve. I'm part of the generation that benefitted from the PSX remasters of these games (minus FFIII). I have fond memories of playing these classic titles on console after school. I worry that the next generation might not get to enjoy that experience. I know that the mobile market is growing, especially in Japan, but in the west I understand (I could be wrong) that most people still prefer consoles unless they are part of the 'PC master race'.
Steam pages are up:
I II III IV V VI

Interesting to see the Revision of Final Fantasy III: 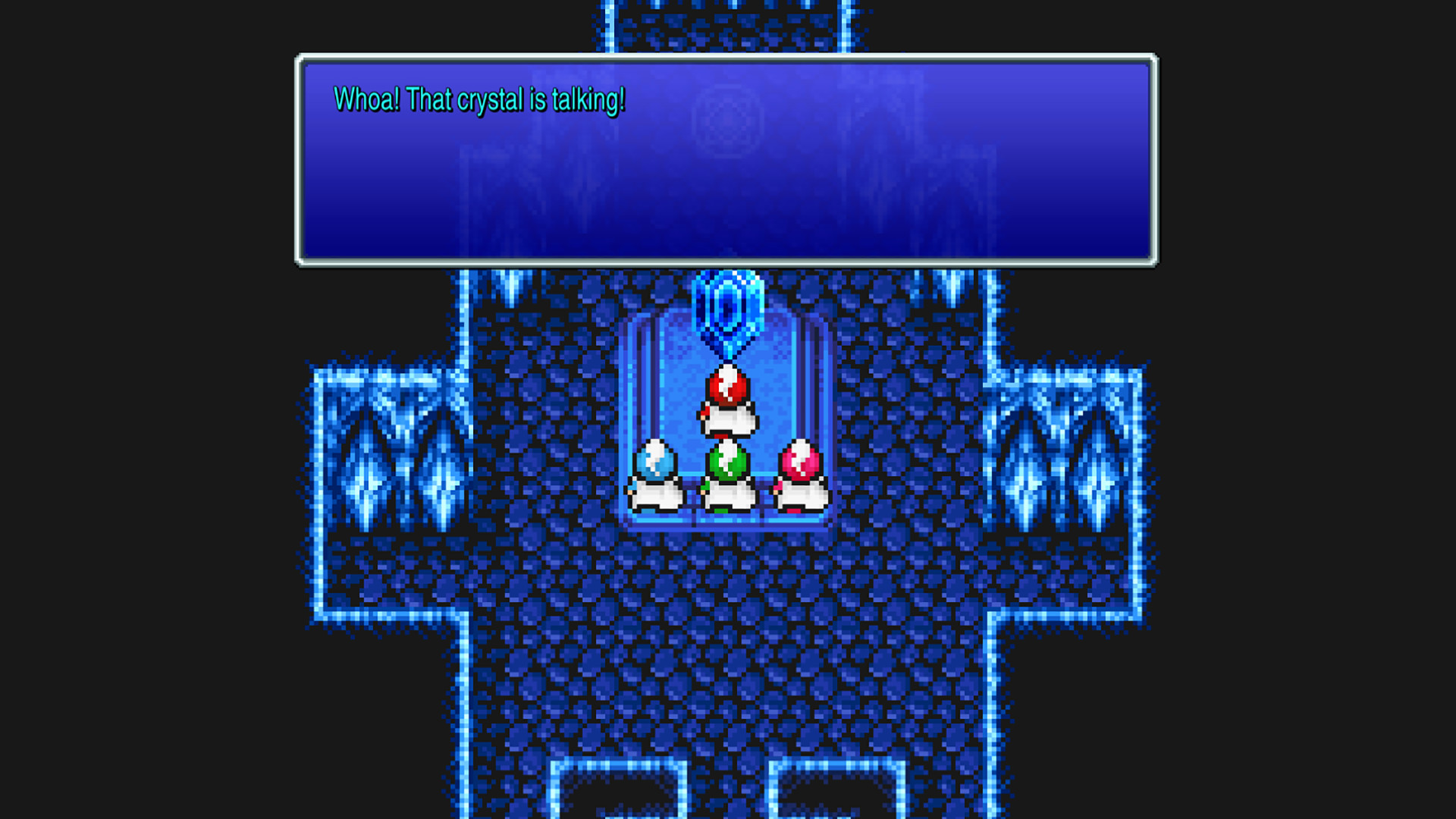 Not so sure on the font, looks rather thin but I'm sure someone will Mod that.

Interesting to see the Revision of Final Fantasy III:
View attachment 11142
Not so sure on the font, looks rather thin but I'm sure someone will Mod that.

This is EXACTLY what I feared....having an updated UI with a mix of 16-bit and 8-bit style. I'm also holding back on purchasing these ones.
There have been mixed reactions to some recent screenshots. The sprite style seems to be suiting the original games (which is for most considered better than the iOS graphics) but some would prefer the approach that the PSX took to FFI in having the sprites afforded a lot more detail. These screenshots suggest that the later titles (particularly FFVI) are benefitting from some awesome updates, but earlier titles look to be taking a step back in terms of graphics. Not that that matters too much. Others are arguing that it is a pity that many of the additions (extra job classes, etc) are being stripped so that the games are closer to their original release versions.

So yeah, this project might be a flawed, mixed bag.

That said, there's quite a lot that could be interesting. Apparently the soundtracks are all being remastered, and as for those graphical changes in FFVI...

The update maintains the classic feel, but it also brings out details that people wrote off as noise in original backdrops. Not many people knew that Narshe was actually in background in the introduction. Many, myself included, thought it was just a ravine and that the town only appeared during the march. This update enables the original vision to be realised. Now that I know the town is there, I can sort of see a few of the buildings in the original image.

I wonder what else could be revealed in these remasters. It could be interesting for those of us who dig deep into the tiny details.
Hmmm, such additions make me anxious, when it comes to ports, I usually just want the original version put through widescreen and resolution bumps. When they start to change the assets and detail that detracts from the original vision - Then when these versions are more accessible it becomes the standard, much like in the FFX Remaster (Which is great by the way!) there is a different character model for key characters, still not won over by what they did to Tidus.

But then again, love the PSP Remakes which I am sure if I were to compare every backdrop detail would have significant changes too, so maybe my purist mentality is to stiff.

Also, news that the current steam versions of Final Fantasy V & VI (The ugly iOS versions) are being taken down to be replaced by this. So it might be something collectors may wantto pick up. I haven't seen the mods for these releases but I'm willing to bet there are many that fix the horrid vsials from these releases, so it may be worth getting before they're taken down on July 27th: Final Fantasy V And VI Disappear From Steam Next Month

kotaku.com
You can get a taste of some of the remastered tracks in the background of a recent interview.
You can get a sense from this snippet by Phillip Hartshorn

The full interview is in Japanese (and I don't know if anyone has translated it fully yet) but I think you can hear various other pieces at various points.

I'm definitely out for lunch on a decision over whether I like these or not. I'll probably pick them up at some point, but I'm not sure I can justify the cost currently tbh. Because who would want these crusty old RPGs on console, right?


If there is demand. Potentially. Maybe. If.

Well, there is demand. I guess it depends upon how they measure it and if it reaches them / if it would be economically viable, etc.
https://twitter.com/i/web/status/1427284151355457538
This gives a clearer idea of the soundtrack changes in these remasters. I'm actually digging them. They apparently better reflect the ideas in Nobuo's head as he composed them.

These remastered tracks may be a little bit too good to be used over pixels though. It almost doesn't match. I don't think I'd complain about it though.
Okay ignore some of the previous posts, this shows very nicely the beautiful changes to the soundtrack in this remaster.