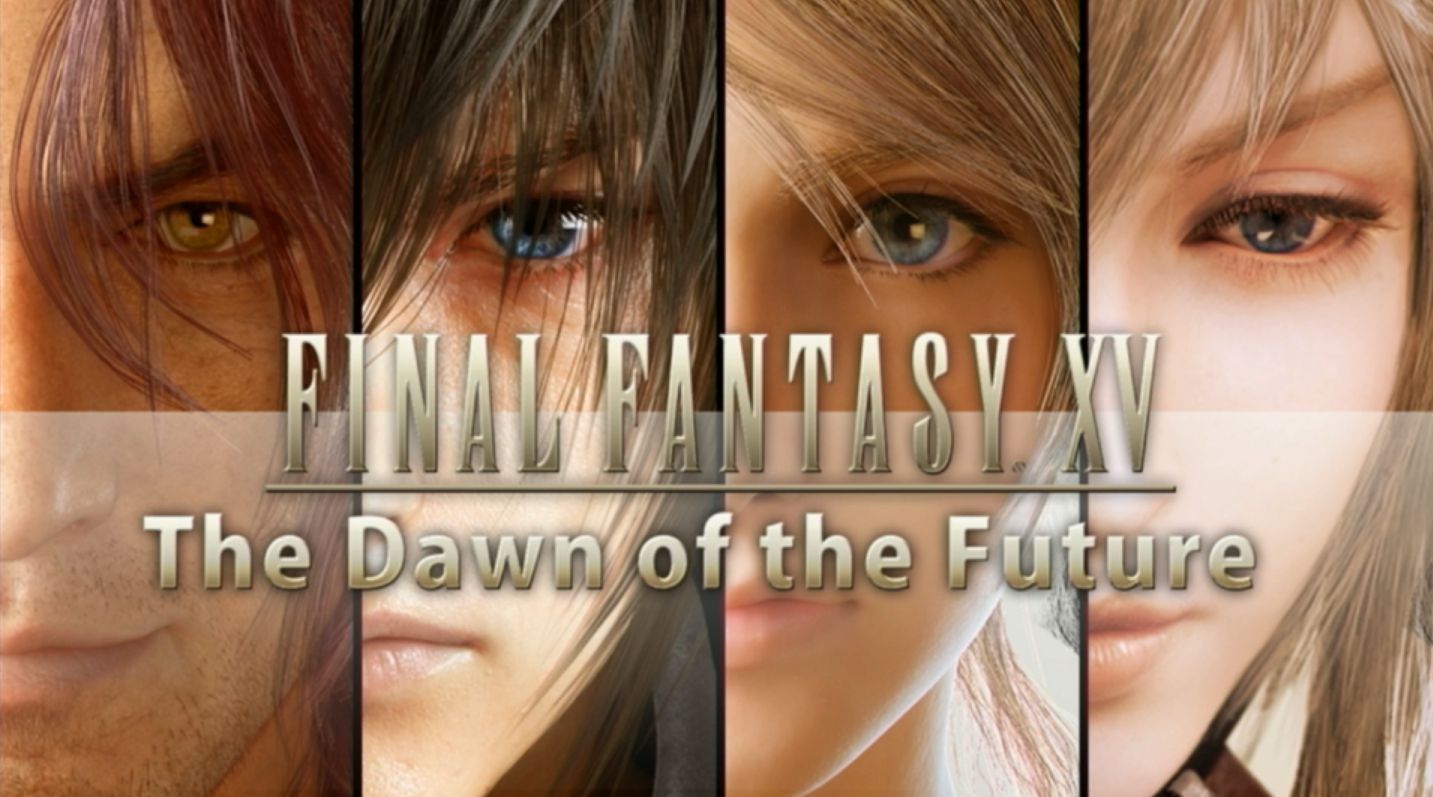 The Final Fantasy XV train chugs on unabated. At PAX East, Square Enix have laid out a roadmap, detailing what the four new DLC chapters for the game will entail, along with rough window estimates for when we can expect to see their release. In addition, future content updates will include the ability to transpose your created character in Comrades over to the base game to replace Noctis as the on-screen main protagonist.

Character creator for the single player game​
If ever you feel you created the perfect human specimen possible on Comrades' character creator function, but wish you can just replace Noctis in the base game with your own paragon of pixel perfection, you're in luck! In a future update, players will indeed be able to boot Noctis out of the base game and replace him with the avatar of your dreams. For some inexplicable purpose, players will also be able to see other players' custom avatars as phantoms in the game.


Every day, players will also receive a treasure box to hide anywhere they like in the world. With each day passing without the treasure being found by another player, it will increase in value.

Mod tools and level editor​
Given the game's presence on PC platforms and particularly on Steam, it should come to little surprise that the game will have official mod support. Mods will be hosted on the Steam Workshop for the Steam version of the game.

In addition, and this is a rather unexpected addition, a Level Editor is coming along, due for release in the autumn of this year. The video below demonstrates a few examples of what a player's editing prowess can achieve, including new quests, new dungeons, Chocobo races, vehicles and even new minigames.


Updates to Comrades​
Never one to leave a multiplayer game unsupported, Comrades will receive a much needed content boost. Upcoming updates will expand the multiplayer half of FFXV with an array of new bosses, raids and battle challenges. There will only be a single boss in a raid, whereas battle challenges will play host to multiple, simultaneous boss encounters.

Comrades will also receive a standalone release this summer. It is currently only available as a paid DLC add-on for FFXV or available via the current season pass.

And for the main event: 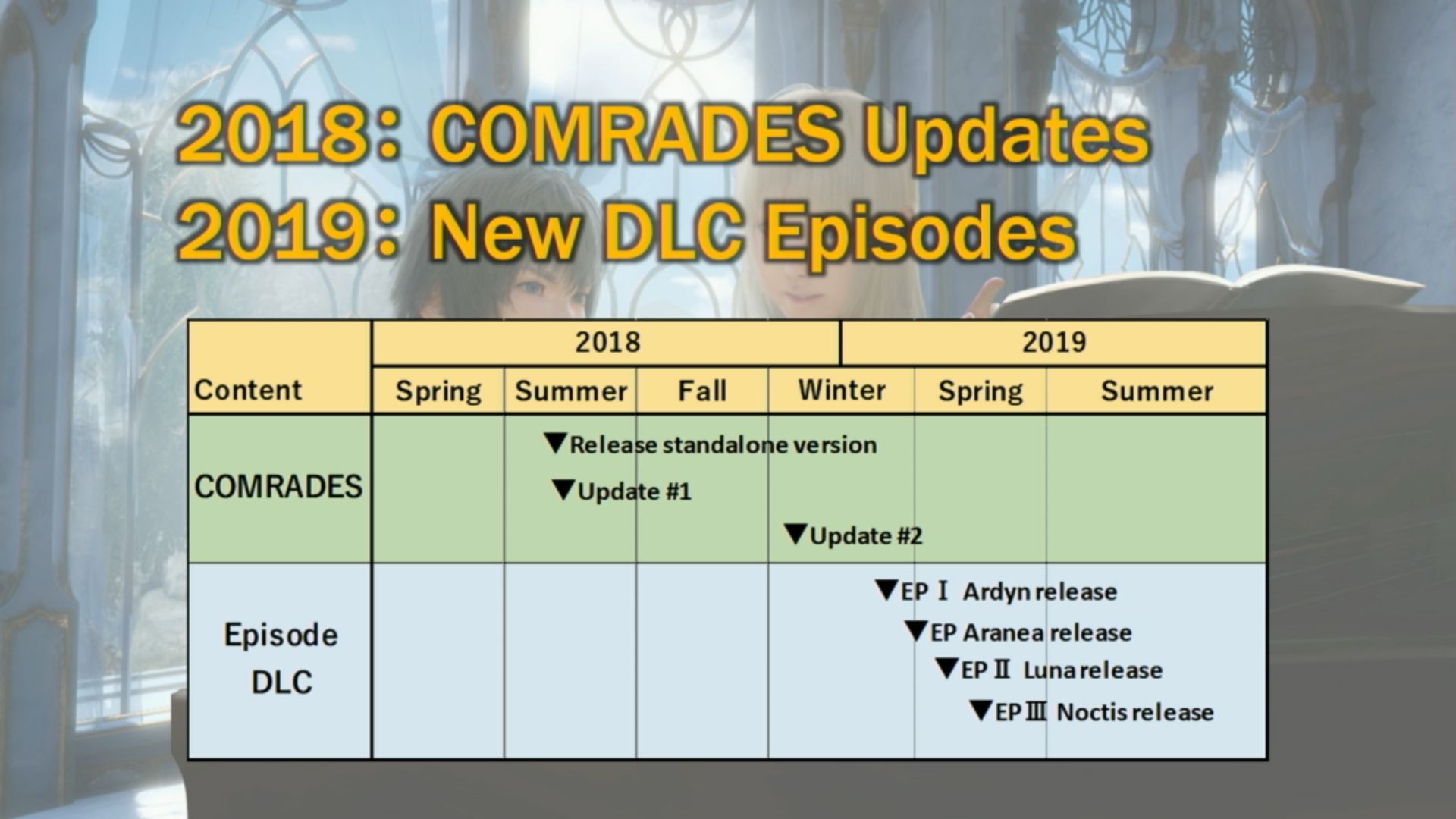 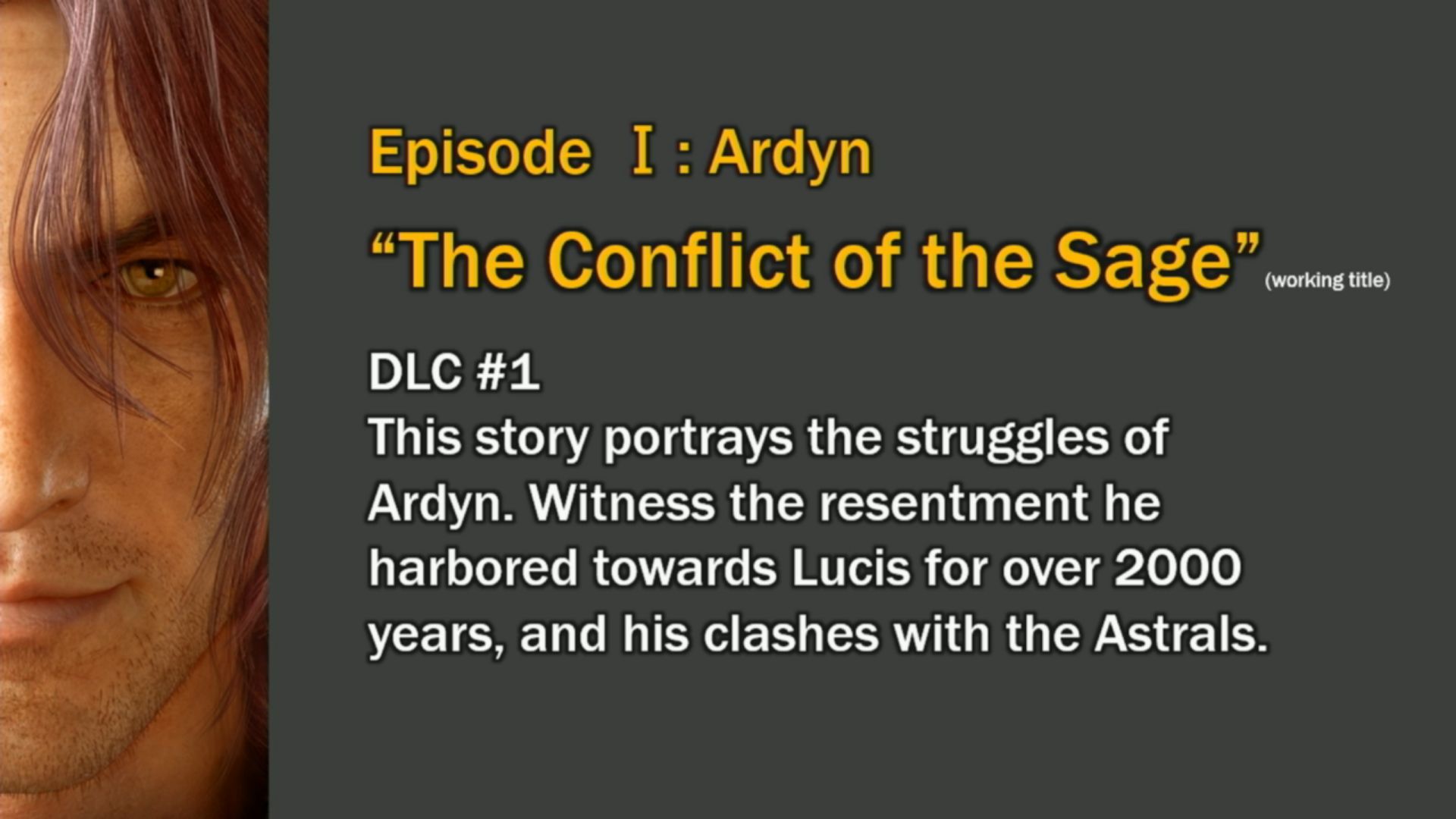 Episode I: Ardyn (not to be confused with Episode I: The Phantom Menace) has long been hinted at. This DLC's working title is currently 'The Conflict of the Sage' and...well, if you've yet to experience FFXV, the above is a particularly pertinent clue relating to the character and the general gist of the game's story, so you may have just been potentially spoiled. Oops. 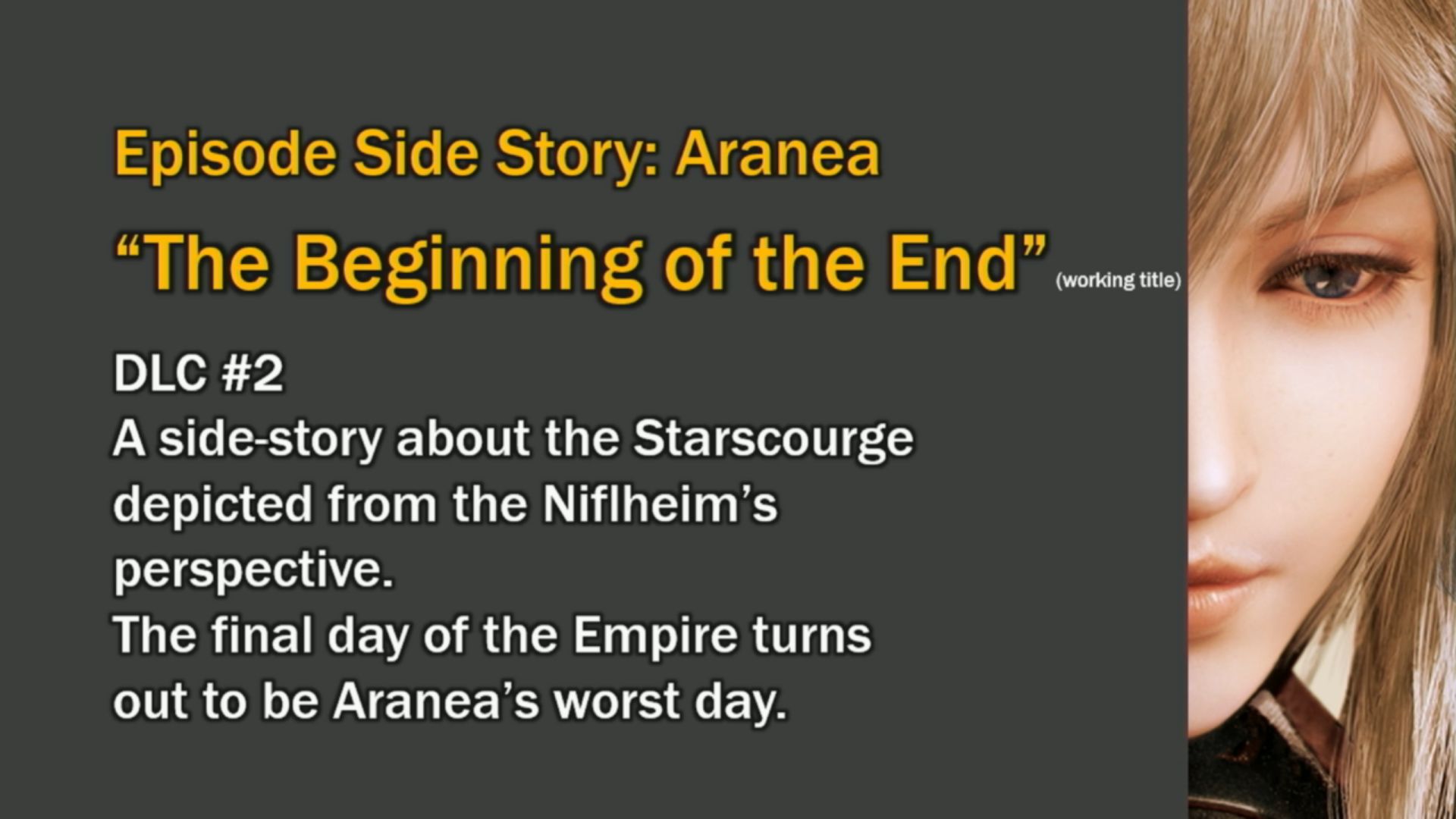 Fun little fact: Aranea Highwind is the best character in the whole game. Says who? I said it. My word is authority and my authority is derived from the minuscule slivers of power I enjoy on this website as an editorial staf- *ahem* do excuse me, I appear to have gone off on an unnecessary and wild tangent.

Tentatively called 'The Beginning of the End', Aranea's episode differs from the rest in that it's labelled a side story. Again, the short synopsis above may have spoiled another pertinent plot point to those of you yet to play FFXV, but I'm sure you're not too displeased. Because why should you be? Aranea is the best the game has to offer outside of Kenny the Crow and the visual imagery of the diminutive Iris able to slay Iron Giants with a Moogle doll. The fact that the latter does not receive a DLC chapter of her own will forever infuriate me. 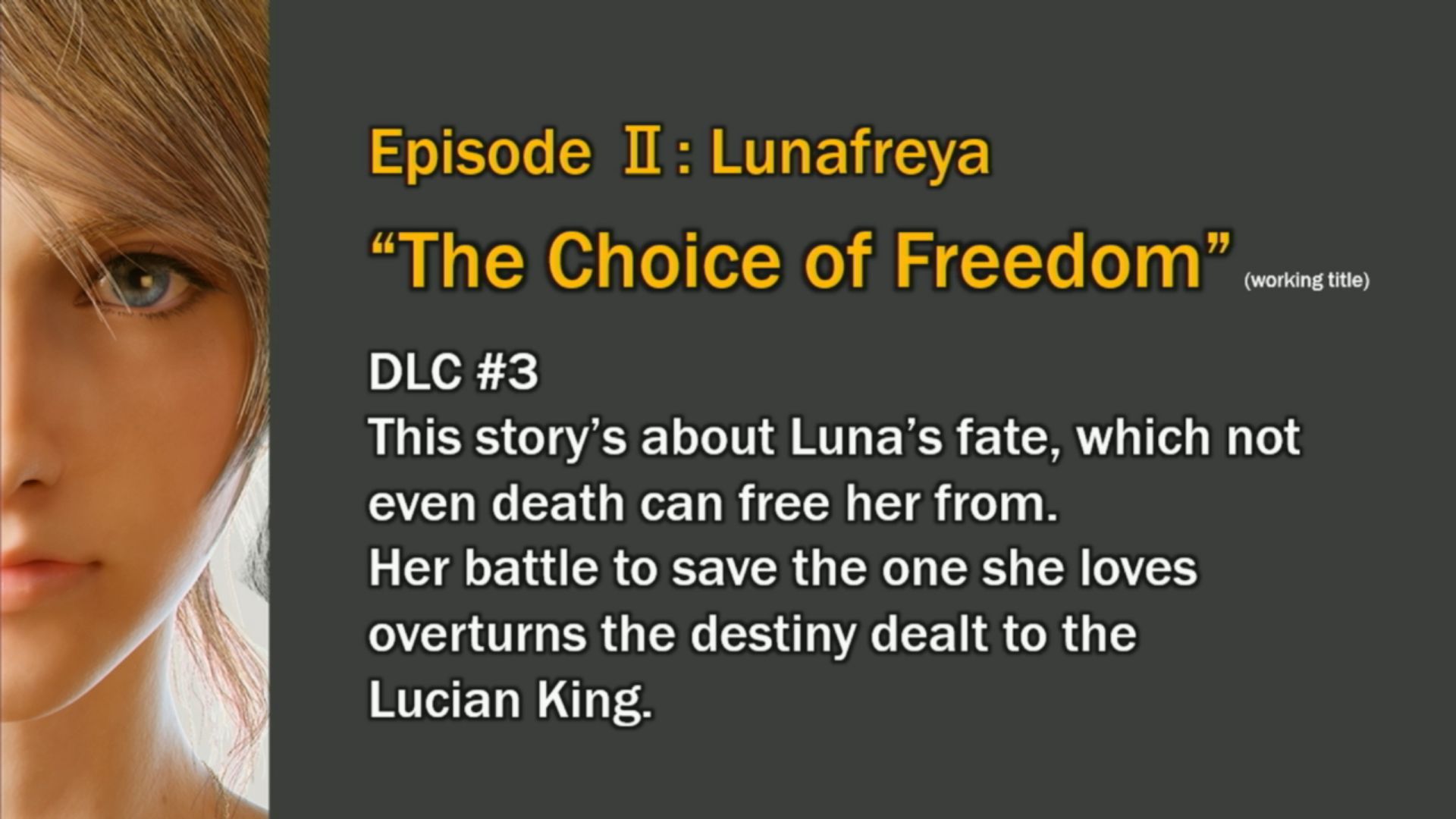 Episode II: Lunafreya (again, not to be confused with Episode II: Attack of the Clones, which is easily the worst Star Wars prequel, so let's hope this isn't the worst DLC by extension) will naturally follow...Biggs and Wedge obviously. Seriously? The two WW1 German general cosplayers aren't getting a DLC episode of their own either? Does nothing Square Enix do make sense anymore?

If you're reading this, you can easily surmise by the description above that Luna has the life span of a supermarket carton of milk in the game, so apologies yet again for anyone who has just been spoiled. And with a working title like 'The Choice of Freedom', I wonder if this DLC episode will simply be about Lunafreya's ill-fated attempts to obtain a US visa. 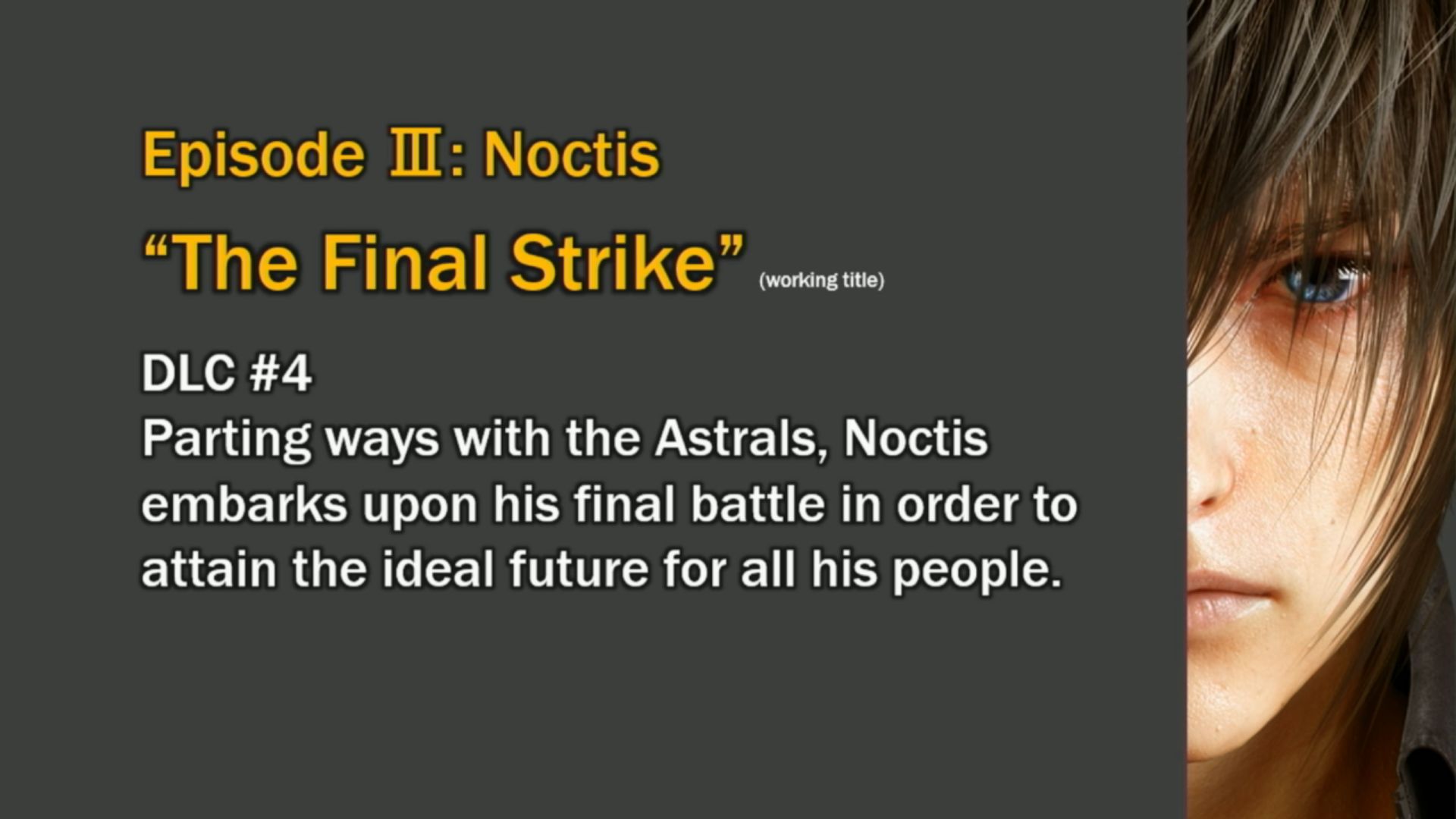 I have no idea who this "Noctis" is. It doesn't sound like anyone we already know.

Apparently this closing DLC chapter will cover Noctis preparing for the final battle...which is odd, considering you can already play the final battle of FFXV now if you own a copy of the game, so I'm not entirely sure what purpose this episode serves except the potential of a topless scene. If Kylo Ren can enjoy a topless scene, then John Wick Noctis surely must follow suit.

To accompany the new line of DLC, a brand new theme song is being composed by Final Fantasy XV composer, Yoko Shimomura.

Every DLC chapter will release in 2019, meaning support for FFXV will last up to three years after the game's original launch back in November 2016.

Once inside, the creature purportedly forces slumbering victims into drinking vials of a mysterious substance known only tentatively as 'Fantasia'. Once ingested, it takes only 3 hours for the effects to fully take hold. The unsuspecting victim will wake to find themselves a Lalafell...
... This game confuses me more and more with every new announcement... On the one hand, I like many of the choices they're making. On the other hand, hearing about mod tools makes it difficult to shake the idea out of my head that they're going the Bethesda route, and trying to convince others to fix the shortcomings in their own game, lol.
You must log in or register to reply here.
Share:
Facebook Twitter Reddit Pinterest Tumblr WhatsApp Email Share Link
Top