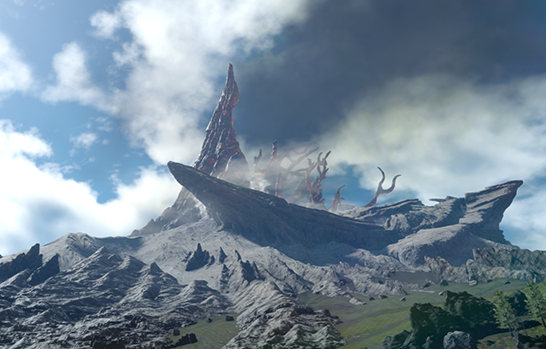 Today has been International Mountain Day. Let’s use this as an excuse to discuss our favourite Final Fantasy mountains!

Which is the most important / iconic FF mountain for you?

Which would be your favourite mountain to climb or observe from a distance?

Mount Gulug, both because it's super interesting to explore and is a cool idea, but also because it was super rad to later realize -when I went back to play the games pre-FFVII for the first time- that it was intended to be an homage to Mount Gulg, complete with a reimagining of the music. And that music... damn it's fantastic!

Mount Gagazet has always stood out for me. I really liked the music that played when you go up it in the game. And the cave was pretty cool too.

Just realised I never gave my vote for this…

It really depends on what qualities we‘re judging the mountains on.

Mt Ordeals (FFIV) is great for its role in the story (overcoming your darkness and becoming the better version of yourself) but the mountain range itself doesn’t look very impressive due to graphical limitations.

Sohm Al (FFXIV) is a great mountain with narrative importance, but I’m not sure if the mountain itself is my favourite. I also quiet like the volcano Hell’s Lid in Stormblood since it looks like a skull or demon.

The Rock of Ravatogh from FFXV is great for the way it felt to climb it. It felt like we were actually climbing up the steep slopes of a mountain instead of just tunnelling in and out of the mountain in easy paths. The wasn’t just a ‘dungeon’. It was a proper, semi-realistic mountain, of sorts, and it was one of the highlights of the game. Though hikers should beware of lava...

FFVII’s Mt Nibel, with its triangular peaks shrouded in mist, is perhaps the most iconic image of a mountain in the franchise. The entire location is suitably eerie and foreboding. One wonders if these very peaks inspired Cloud's hairstyle... But this is not exactly a place I'd ever be interested in hiking knowing what I know about the region.

The Vienne mountains of FFVIII are quite beautiful, and I guess they are deliberately meant to be a nod to the Austrian alps. I feel like this location is overlooked.

But since I'm not much of a hiker I've decided I will vote based on the mountain / mountain range which I consider to be the most iconic. That has to be Nibelheim.
M

Mount Jubanla because it's super interesting to explore

I chose mount Gulug from IX because I like the word Gulug and honestly I just find IX charming.

IX is very charming, I agree. Though Mt. Gulug being a volcano, I'd probably stay away from and enjoy from a distance. I chose Mt. Bur-Omisace in XII because I liked the temple/pilgrimage aspect.

It was a toss up between Mount Gagazet & Mount Gulug.

Though to be honest I've never ever thought about which was my favorite mountain before. Maybe I should start paying attention some more?