Hockey is my favorite sport, Sadly my favorite team isn't doing to well so far this season. ;(

I could never really play sports, but if I could chose it'd be softball [for us women]

I've always enjoyed watching baseball as my brother used to play it... so many good memories.

and almost every other sport (expect for hockey and football) are boring to watch.

Baseball will always be my favorite sport to watch AND play. It's an American Classic... and I'm very attached to it.

Ed Elric said:
and almost every other sport (expect for hockey and football) are boring to watch.

you say that like there are any other sports All Foreigners

My favorite sport over all is Baseball. It's fun to play, it's not too violent, it's competitive, it takes skills, I have has fond memories with it. Plus I mean, baseball is just so American. When some evil bad guy in a film (say a rooskie or some charlie) is mocking an American hero it's always 'something, something New York Yankees' not a football or hockey team.

Baseball is just awesome. It's a good middle ground between those other sports that are violent (hockey, football, and basketball) without being ballet like soccer. 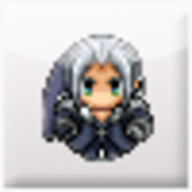 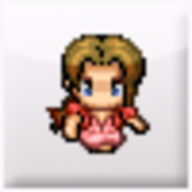 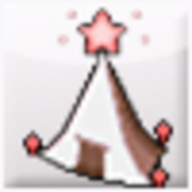 Love basketball with a passion. I've been playing it since I was eight years old in school teams and such like. This year for the first time since, the team is taking a break from the season; it hasn't been the same without it.

Love watching the sport too (although I always get the itch to play shorty after starting), with my favourite basketball players being Carmelo Anthony (man that guy can shoot!) and Kobe Bryant (pure artist).

Horse riding is my favourite sport =) (Missing it ALOT at the moment!) Especially jumping.
Been riding horses since the age of 18 months... Hoping my child will follow in my footsteps

My favorite sport is Basketball. I've been playing this game since I was 5 years old. I always played this game with my friends everyday. We always play several games back to back. I don't know how I didn't get tired of playing Basketball. I was full of energy at that time. The old good memories.

My favourite sport to watch n do is gymnastics. I did ballet, jazz n gymnastics when i was younger bt always looked forward to gymnastics the most. I remember constantly being asked to do backward walkovers, round-offs n backflips on the spot for ppl esp at parties it was so annoying. My favourite routine to watch n do is the (uneven) bar routine; swinging round on the lower bar n casting off into a handstand n launching onto the higher bar n trying to stick the landing. My least favourite thing to do was the balance beam routine. I only loved to pirouette, kartwheel n backflip dismount. The Floor routine was the easiest n most fun out of the 4 apparatus ie Bar, Balance beam, Vault n Floor.

What I love so much about this sport is that it combines flexibility, athletics, coordination, grace, performance and the ability to handle apparatus. It can be challenging but once you've mastered a technique its feels extremely empowering.

My favorite sport has always been 'American Football'. I played it back when I was in 3rd grade all the way up until my Junior year(or Grade 11, whichever you prefer to call it). It was always so much fun to get out on the field and play the game. At various times I played all 3 positions on the Offensive line(Center, Guard, Tackle), and on defense I'd play either the Defensive End and be the "anchor" on whichever side I was on, or I'd play defensive tackle. Defense was definitely the best side IMO.

That being said College football>NFL and its not even close.

Gotta go with MMA and other combat sports like boxing, kickboxing, etc.

The sheer amount of skill and effort it takes to even compete at an amateur level in any combat sport is ridiculous, the people that actually go and put themselves through all that training and danger for our entertainment deserve a lot. It really is an artform with how complex their maneuvers are and when a strike lands perfectly it's incredible. That and well... humans are fucked up and love violence and I completely embrace that.

I have no hopes for actually competing at a professional level but within a few years I'd like to get some boxing training done, work on all sorts of martial arts and hopefully in a few years time y'all will get to see either me get my ass kicked or do the kicking in an amateur bout. Preferably doing the ass kicking. 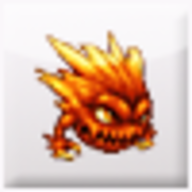 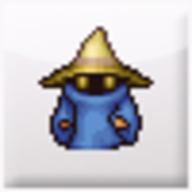 Loving the ole Hockey, but honestly I've played Soccer since I was 4. I stopped when I entered college, but played city league from 2006-2014. I love the full aspect of play. I don't think you need to hit someone in a sport to love the sport. Soccer has so much technical aspects of it from team work to solo play, that makes the game the complete package.

Soccer for sure is my favorite sport.

Basketball, easily. I'm just one of those people that doesn't really enjoy watching sports... I don't even understand football. I like Basketball because it's just big enough so that 1 guy can't just singlehandedly dominate an entire game on a match to match basis but just small enough for things to get personal and get inside the other guy's head to run some very good isolations on top of the stunning displays of athleticism we see in the form of dunks, circus shots and extreme ball handling skills.

It might be a team sport but it allows those who are truly great to succeed against uneven odds and keeps things interesting.

In addition to this while the NBA does like to maintain a degree of professionalism for the most part they allow players to essentially unapologetically be themselves off-court. There's just something that feels good about the fact that Russell Westbrook can basically say Zaza Pachulia is a dirty fucking piece of shit with no repercussions and get shitty with reporters that try to bait very specific answers out of him.

In a generation of knee-jerk whining with twitchy twitter fingers losing people their jobs, it's nice to see an organization embrace the humanity of a player and accept that sometimes they get upset and say/do something mildly inappropriate.

Gotta go with Tennis. I played it myself for 5-ish years and had a blast. Also, it's probably one of the best sports to watch since it can get quite intense, and points are won really quickly.

On second I'd put football/soccer since I've been following that for around 15-20 years now.

I'm not a sports person

My parents never really watched sports growing up, and when they did they never bothered explaining to us kids about it & just shoo'd us out of the room. I hated (American) football with a passion and really resented it when they enforced us kids to learn how to play it in school. It sucked even more because I was in band for school and they made us play at a lot of different games. I never participated in marching band (prevalent during football games) and only recall attending a few basketball games. I do remember playing Volley Ball and enjoying it despite not being very good. I think I'm very uncoordinated.

I will say that in recent years I've come around to Hockey - In fact I wish I had casted my vote there instead. It isn't uncommon to get some Ice Hogs tickets around here so I've been to a handful of games in the past & find myself enjoying watching the game. I voted Baseball because I don't mind that much either, though I've only ever been to one big league baseball game in Chicago.

My husband likes sports... so I've just had to accept that every football season

It's kinda sucky being stuck in a multi-person conversation about sports, particularly football. I just assume that's how people who don't play games feel when myself and my brother start talking. There's always player names being tossed around and general boo'ing when people talk about rival teams. Don't get me started on the jargon.


I will say, though, that I did play a pretty mean game of Badminton in my time.