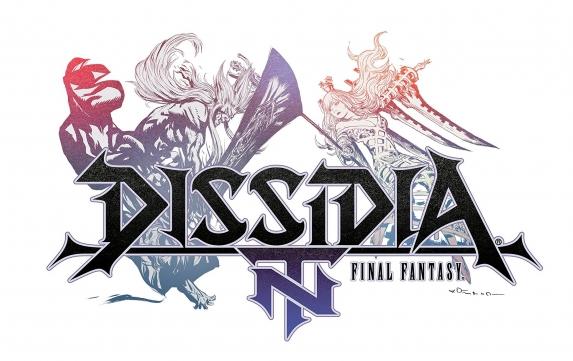 If you were hoping for a PS4 version of this arcade game, you are in luck. Dissidia Final Fantasy NT has been officially announced via a Japanese online stream, just after it was leaked by Amazon of all places, with an expected worldwide release of early 2018. This version of the game is developed by Team Ninja, the Koei Tecmo studio known for Nioh, Ninja Gaiden and the Dead or Alive series.

Once inside, the creature purportedly forces slumbering victims into drinking vials of a mysterious substance known only tentatively as 'Fantasia'. Once ingested, it takes only 3 hours for the effects to fully take hold. The unsuspecting victim will wake to find themselves a Lalafell...
I'm actually super hyped!!! I truly loved Dissidia 012, but always felt like it belonged on a larger screen; it fits it well!

It's also a fighting game I'm good at- I'm pretty terrible at street fighter, and decent enough at tekken.

Athough, coming up to 15 games... bragging about "Over 20 characters" isn't all that much tbh!
That's because the rest of them will undoubtedly be DLC, silly!

Welcome to the current generation of games where most of them operate under a service model. It helps me because it means I save money by not buying games at launch where they're probably not worth the full price.
I'm just so excited since this game is a personal dream of mine. An FF fighting game with online and on console is glorious and should last me a long long time. We also have the potential to face each other since most of us all love final fantasy here we can start doing tournaments and the like. You know I'm right! Over 20 characters at launch is good enough for me. I want to see Yuna and Tifa at launch please. If they aren't then Terra is my girl.

Some of my dlc picks would be Rinoa, Edea, Aranea, Ashe, and Rydia just to name a few. I hope we get a variety of villains and heroes and not just 1 of each for each game.
Glad Nojima's helping with story, but I'm tired of the same ol' same ol' characters. I want Aerith, I want Seifer, I want Gilgamesh, I want to play as Vincent. We're just getting the same experience over and over again just copy and pasted from PSP > Arcade > Platform. I'm not interested in this. I'm really not.
I agree with Cali.

While I like the initial idea behind Dissidia (I've always wanted a Final Fantasy fighting game like Tekken), Dissidia hasn't created a fan in me yet.

I'm interested in this game only because there is hope that they might add more characters to it. Dissidia really needs to mix the casting up a lot. When they made a big reveal the other month that there was a new character to be announced I was intrigued, but then it turned out to be Ex-Death (who we've already seen in the original Dissidia games and I thought it was a given that he would be returning...).

We need supporting characters such as Red XIII, Cait Sith, Steiner, Quina, etc, in order to make the playable characters more diverse and representative of what Final Fantasy actually is. So far with Dissidia games we mainly only have the protagonists and main antagonists of each FF game, with only a select few who do not fit that description.


Dissidia has a long way to go to match Tekken as a fighting game experience, but it would have a good shot at being the tribute to Final Fantasy which it has always wanted to be if it would give us more characters.
I was really excited when I saw that this game will be available on PS4, not just arcade! I was really jealous that Japanese could play it, but we couldn't, but now we finally can!*3*
I haven't even played the Dissidia games at all, but seeing it in E3 made me just more curious and hyped!
But I really hope more characters can be played with, 20+ characters are really just a few...:/
You must log in or register to reply here.
Share:
Facebook Twitter Reddit Pinterest Tumblr WhatsApp Email Share Link
Top