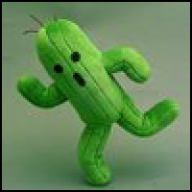 Veteran
Transcending what is, with what could be. · 35 · From Currently working in China, born in the U S of A (